Hello! I’m starting a new game, but I’m having quite a few issues with getting the variables for the name input to work. 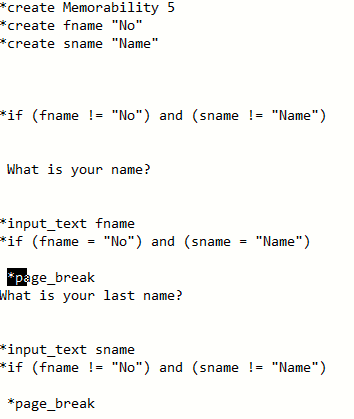 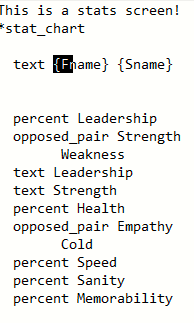 The problem is in Choice stats not in you input of names .Put it out of stat chart and simply

If it shows nothing in the Status-Screen it is, cause you wrote the variables wrong, you named them sname and fname, so you should call them that and Not “Fname” and “Sname” in stat screen.

May I ask why you used the if command, are there several times you ask for the name? Otherwise just the input would be enough

Worth mentioning: for conditionals to work, the directly following executed line should be denoted by indentation.

The way *ifs are structured in your example

won’t be picked up by CS.

You forgot to put the dollar signs ($) so the game is translating whatever name you put in as a new variable rather than as a string to be reported.

I read another post on here that suggested the If commands since I was at a loss on what to do, thank you so much for answering, though.

Thanks, gonna try this out as well as other response.

I am also going to attempt your fix the moment I can, really want to get on with the story. 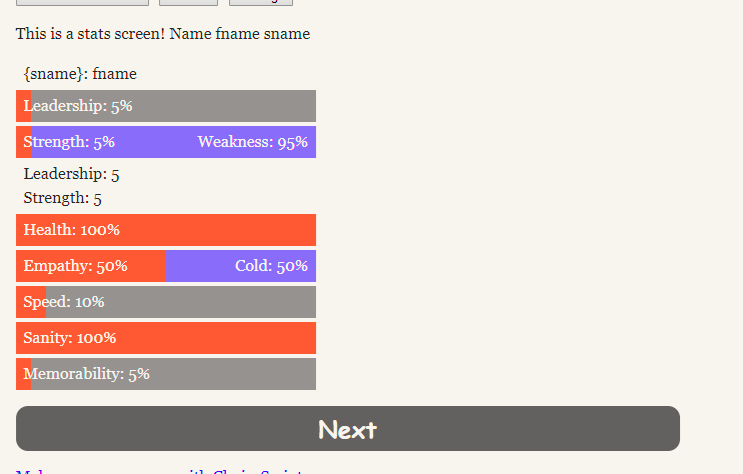 That didn’t work either, keep getting told there’s no Variable for the name I apply (For simplicity’s sake, it was Jake.)

I will put one of my games stats here you can check out as this is weird.

All ${} were introduced via input and work well.

I added $, didn’t work either, sadly.

I have that written on my data, but it doesn’t show the inputted name, sadly.

@HeadUnderwater I recommend you read up on a tutorial kindly put together on a choicescript wiki:

Welcome to A Basic Tutorial, and indeed, to the wonderful (if sometimes wacky!) world of ChoiceScript Game Development. There are a number of basics concepts that are necessary to understand in learning, using and discussing ChoiceScript, and this...

It explains the basics of how and why things work in CS really well.

This article is aimed at beginners to ChoiceScript. However, if you have not already done so then the best place to start would be with the very first article in this Introduction To ChoiceScript Game Development series of linked articles: A Basic... 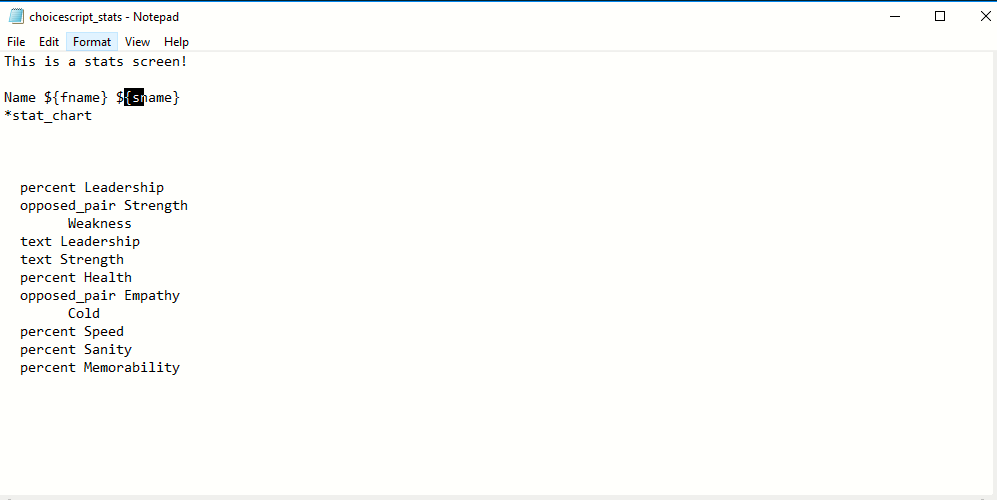 And for my startup. 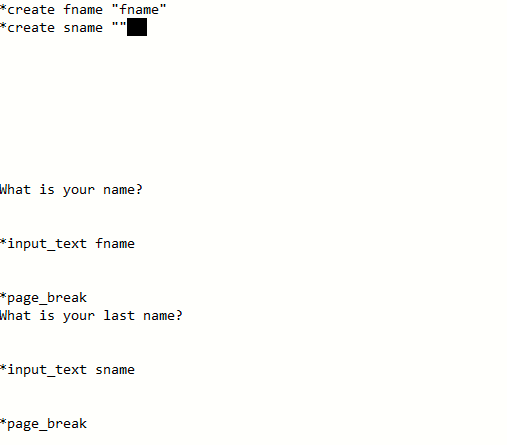 Took a longer look at the article and tried the *Set var command, didn’t do anything to help me.

I put your variable and put input command and worked on quick text. No idea won’t work for you.

It’s frustrating as it’s right at the start, I have another bug I could be working on instead of something that should be working.