There’s a significant chance that Hosted Games would refuse to publish this due to our guidelines about Grossly Offensive content.

Technically there is the license Choicescript option for publishing games (particularly explicitly adult ones) too right?
Though it may not be ideal, unless you can be pretty sure you’ve got a winner for your target market/audience on your hands, since that presumably requires (a hefty) chunk of change up front.

Adult content is not necessarily objectionable by our standards. Straight out pornographic content is not something that we’ve discussed in detail, but is nevertheless not at all what we intend when we say Grossly Offensive. For example, Fifty Shades of Grey and Secretary both came up as something we specifically are not addressing with these guidelines (although Game of Thrones may be). Stories like Fifty Shades might be prone to problem if they include content that is more obvious rape rather than BDSM, but stories that just include sex (even explicit sex) wouldn’t necessarily violate our guidelines as they stand.

N.B. This does not mean we would be certainly able to publish it, I’m unaware of the most explicit text iOS allows, which would probably be the most notable blocking problems, and adult images would present a unique problem in that I believe they would violate iOS guidelines and so we wouldn’t published for unrelated reasons.

Regarding licensing CS for publication outside of Choice of Games (and sibling companies), yes, that is an possibility, although one we generally do not promote or recommend. (We also haven’t done that in quite a while, and so I believe we would have to review the exact term before offering it again, but yes an upfront fee would almost certainly be part of it). It would also require an author to probably know their way around JavaScript, HTML, dealing with distributors (including distributor fees), tech support, and other things that we normally provide.

Things Jackson force relocations of the tribes how it is executed is sadly not something unique among the American people or government. But by addressing it like it never happened or not understanding of the perspective of the people thst push for it is different. For example I don’t know what Jackson new his plan was to be executed so brutally. The Removal Act happen was a combination between him favoring the encroaching settlers siding and with Georgian and state law. Then the current principal Chief at the time John Ross but was resented by Jackson, who is felt he could have done more against the red sticks. The peace party in Cherokee faction which was very small party I was able to squeeze through atrocious treaty of course the large amount of the tribe didn’t participate at a protest, under Jackson’s terms. Which $4,500,000 and Land Oklahoma. They are give two year grace. Now a group of 2000 of the Cherokee heard the terms left and went to Oklahoma. 170000 stayed hoping Ross is going to be able to do anything. From there just very disgusting history once that two year period is up. Jackson is not the one that executed the order his successor the one that did you can argue he is the reason for the brutality this the brutality of the execution. And the atrocious treatment of Cherokee.

If I am making this game I will do it from different perspectives of people that interacted with Jackson. I could easily have historical perspectives of Sam Houston and Davy Crockett. Sam Houston who lived and grew up with the Cherokee he was an adopted member of the tribe. But he is also one of Jackson’s protege. Davy Crockett famous Frontiersman great at some self promoting who later became friends with Jackson and eventually a sitting member of the House of Representatives. But he actively combated the Indian Removal Act. witch cost him his political career and arguably his life Since went out west and fought in the Alamo .The act itself and the treaty ratified by incredibly small number of votes. And I could give the player ability to go and change that. Making sure it never passed. I want this to be historically accurate but at the same time if things can be changed in the realm of plausibly. And that’s one of things in the realm of plausibly.

now this game is going to focus on none of this it’s going to be Jackson as a child and a young man. The cat could be his mother or soldier that was a friend of his brother and got shot with them in prison as he sees the Jackson family died, all expected Andrew. Andrew Jackson was a Child Soldier and the American Revolution. He was beaten humiliated and he still cares a physical scars and abused POW. The only reason that he did die in there is because there a prisoner exchange and his mother was able to save them. You could see the perspective of his mother or a friend he made that got captured with them that’s a couple years older. Back then what was a 13 year old kid that nearly died for his country because he was that passionate, and in turn he hated the British that much. The hatred never goes away. That backstory right there will make you a legend if you ever become anyone famous during this time period.

Where did you find that Davy Crockett was friend with Andrew Jackson? All the info i can find tell me he did all in his power to fight Jackson policies and even supported jackson rival during the elections.

Opposing policies is not the same as hating the guy…Loads of political opponents at the time were good friends still.

I still I cant find infos about that friendship for some reasons. I’m just really curious.

Crockett was the Jacksonian politician he was Jackson part of Jackson’s Entourage. He passed a lot of Jackson’s bill but he not was fan of his “land reforms”. And also he stop Jackson from killing his would-be assassin. That’s an entirely other ridiculous story of Americana right there but it happened.

The only info I could find on Crockett and Jackson relationship was a document written by Crockett in wich he treat Andrew Jackson as a wannabe king who think he know the constitution more than anyone so I only get bad vibes from this relationship. Would be nice if you could give me your sources.

Andrew Jackson was a legit BAMF. I’d be very interested to play a game based on his rather fascinating life.

They where friend and political allies. Until he started pushing the Land Reform bills. Things Jackson was one of the most powerful president domestically. He hold the powerful power base in Washington where he could literally break people’s political career or make them. Crocker view the reform act as tyrannical. Now I gotta figure out it was base on a ethical ground or did he actually have a relationship with the indigenous population in Tennessee. It could be both. Many people from Tennessee are very proud to have a claim both on Jackson and Crockett.

But I just want to read about it. Do you have any sources I could look up.

I’m not going to glorify or romanticize anything

We live in a world where people think that we should commit genocide, and who communicate their ideas mostly through coded language. Just last week John Carpenter was forced to clarify in a tweet that his classic anti-capitalist horror film, “They Live,” is not about Jews secretly controlling the world. 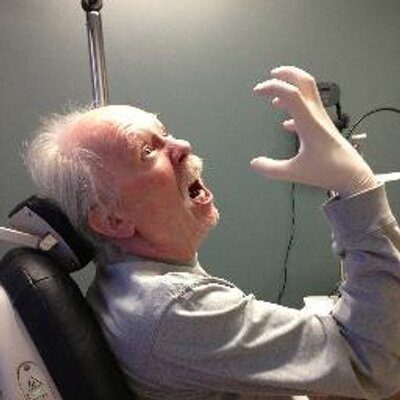 THEY LIVE is about yuppies and unrestrained capitalism. It has nothing to do with Jewish control of the world, which is slander and a lie.

The response in replies to the tweet is mostly “yeah, right, we all know what you really meant.”

If you make a game in which you play Andrew Jackson and do what he did, and try not to glorify it, you probably won’t succeed in the eyes of many readers, and that likely includes members of the CoG/HG staff.

There are many thousands of other fascinating characters in history. Please, write a game about one of those people instead!

It is interesting and educational his early life can be fun. Where do you think he came to this conclusion where do you think this hatred comes from? Two of children were indigenous blood. How do you think a person justifies what they do to themselves when they do something horrible why would I shy away from because then you’re robbing them of their Humanity. And Jackson isn’t completely demonize in American culture and he is still idolize. Because the man’s a walking contradiction. And had huge political influence and his era it still affects this nation and our political system today. That is an important interesting and indeed controversial figure. So you gotta ask yourself why is he such a polarizing figure because that sounds like great writing material right there.

listen: no matter how educational this game might be, no matter how realistic, whatever, the company has just told you three times over it won’t host it because of rules on morality in their media because of who you’re representing, not how. fighting for “jackson was an interesting dude” will not help you now.

They were political allies up until 2 and reforms and they did know each other. If Jackson was good at anything it was to you picking competent individuals when came to his army.

I asked for sources. At this point I want literaly nothing else dont answer if you’re just going to repeat the same stuff over and over again.

I was thinking of a biography of reading. The relationship was not clear Crockett served under Jackson in the creek War his Invasion Florida. Mind you I read tht biography good year ago so I am rusty. Between Google and Google Scholar and some other search engines all I’m saying is a form of political rivalry over the Indian Removal Act and then being used by Whigs. I’m not finding any clear relationship beside this fued. Versus Sam Houston he was known protege of Jackson. I am was under the assumption since Crockett stop Jackson from beating the assassin to death, and he served under I him I assumed that their relationship was a bit more. It looks like I am wrong from the information I can find at the moment.

And same here so maybe it would be safe to assume that they might not have been as friendly as you claimed? I mean stopping him from beating a man to death in public and having served under him arent really the best thing to assume a friendship on. I’m ready to bet that a lot of soldiers dont alway appreciate their superior.

Crockett’s an interesting figure in himself that he did a lot of crazy stuff compared to someone like Kit Carson who him and Crockett or both Legends in there day. Crockett was charming and very good at self-promotion and storytelling. He literally charm himself in the public office. On top of the fact that he protested the Indian Removal and died in the Alamo which propelled him him into the pantheon of American cultural Hero. Then me look at some like it Carson who has Legend arguably destroy his life and put them in the position that no one should ever be in. Sam Houston and Jackson were close but I do wonder what term they where after the Indian Removal Act. Considering Sam Houston’s adopted father was the former principal Chief before Ross.

Sorry Rogar bb, it seems the idea has not taken hold with our less enthusiastic forum audience. Alas, what they say is true, and for now I believe it best to leave it be. You can always just send it to me if you decided to still make it.