Poll on illustrations and maps

My third game will be released next month, and I have gone from having no illustrations (Tokyo Wizard), to having ~20 (Highway Wars) to ~40 (Hero or Villain:Genesis). For my next game I am also planning to have illustrations and map of the fantasy world.

My question is… do people think this contributes to the game? Are you more likely to buy a game with illustrations in it?

Depends on the type of illustrations. People love the character images in my WIP, but they hate that the MC has them too. I suspect that maps and NPC illustrations fare the best. I like seeing them in other games - they help set the tone - but I don’t need them.

EDIT: I didn’t even mention quality! If you want illustrations in your game, it really helps to hire a top-quality artist. I’m working with one right now, and the work he’s doing is absolutely phenomenal. Never doubt an investment in someone with a good portfolio of high-quality works.

To expand a bit:

It really depends on the quality of the illustrations. Having illustrations that aren’t of a professional looking quality, is way worse than having none at all, and the negative impact of “bad” illustrations is stronger than the possive of good ones.

I am also, personally, not very partial to most manga/anime art, so that doesn’t do much for me.
Exceptions exist, of course.

I will support you even if you release a blank book. However, why not a choice of the beginning of the game to switch off images. I don’t like see images during the game however If there were a gallery of images like m visual novels I would love seeing that after ending the game. Still I will buy the game anyway

Ah, sorry, I should have said that I work with a professional artist. Her work is amazing, in my opinion. I mean, here are to of my favourites from the superhero game coming out next month. 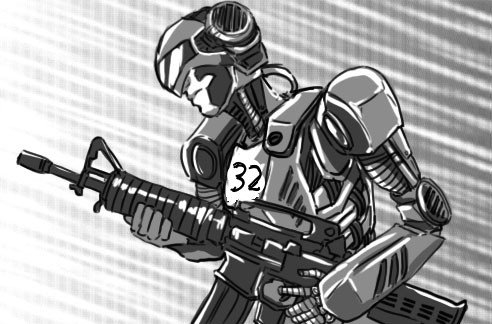 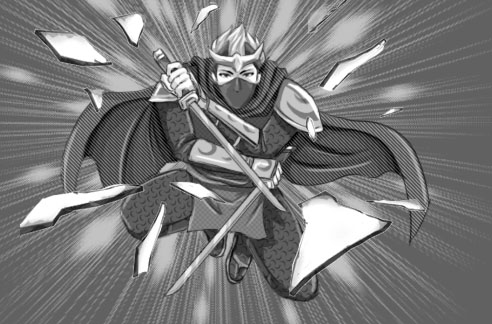 Ah, yes, good point. Sorry, I should also say that I always include the option to turn off the figures and not show them.

But, what I wanted to get at with this poll is whether they work as a selling point (so, given the option to turn them on or off, and that they are professionally made, how much does it influence people?)

Really good quality. Still, I prefer not having images during the reading but see that awesome images later as an extra could be incredible. Maybe tie the gallery, to the achievement of the end of the game. That will give Casual a perception of an extra

It might work as a selling point! Some people might like seeing images of characters and whatnot. I remember playing Zombie Exodus for the first time - I really liked some of the images of the two girls you meet in the beginning. It helped set the tone of the game a lot.

I think for an image to be a selling point, it has to contribute to the overall atmosphere. My WIP is going for a indie teen Night-In-The-Woods-esque vibe, so I asked my artist to make every character portrait look like a photo taken on a Polaroid camera and use a more cartoony style. For my next WIP, I’m probably going to go more grunge since it’s meant to be a gritty zombie novel. Images thrown in for the sake of images will probably not entice a reader, but purposefully-used illustrations will definitely add a layer of quality to your work.

And If you put a small text after each image The value of them is far easier to see like Winterwolves gallery I loved unlock those.

Maps and scenery is a huge plus though.

If illustrations are only used for title screens (for each chapter), character profiles in the stat screen, and maybe some unlockables (like some VN’s do) also in the stat menu, would that feel disturbing to people’s reading experience?

I don’t think so. Character profiles and unlockables are in the stats screen, so most people won’t see them, and chapter headers are pretty commonplace in even official CoG titles.

I’m thinking a bit more than the usual headers.

Is a full painting for each chapter (as a seperate screen before the text starts), too much?

The only game I can think of, off the top of my head, that does something like that, is BREACH, and those illustrations are kept pretty simple.

My issue is with characters portraits I have my mental image and those destroy my image. Many times i directly stopped ro.ance characters because the character of pictures is for my taste ugly as hell and never romance that in a million of years. So that kind of pictures has destroyed game entire routes for me.

I think that depends on reader preference. I wouldn’t mind it.

Depends on the size and complexity of said painting. Something intricate that looks wonderfully clear on a large 30" screen will most likely look like inscrutable mishmash on a smartphone. And vice versa.

I’m fine with maps. But I’d prefer there to be no illustrations about characters, I don’t even like them on cover arts. I like to imagine them myself based on the description. Tho character illustrations wouldn’t stop me from buying an otherwise interesting game.

@Cari-san @poison_mara How do you feel about authors providing illustrations of the characters outside the game? Like on the forum, tumblr, other fansides.

Is it easier to ignore them if they don’t show up ingame?

'Cause I definitely understand the frustration of the art not being appealing to me (apparently I have uncommon taste in people), but I’m also a very visual person, and I will be drawing pictures of every character I ever write…

Depends on the size and complexity of said painting. Something intricate that looks wonderfully clear on a large 30" screen will most likely look like inscrutable mishmash on a smartphone. And vice versa.

Any pictures would have to be optimised for that yeah.
Though, considering I have a really nice phone, and a really cheap laptop, my experience is that everything kinda looks better on the phone.

Always I can skip them I am okay. I stopped going to threads of wips because the author didn’t stop putting portraits or photos this X character This is Y. Oh, I love Z like romancing w…

That has erased all my enjoyment of the imagination. I prefer to suffer ending spoiler to that.