I’m curious, what is the most aesthetically pleasing CoG? While I know these are text based games, I wondered what game spiced up their graphics the most. Thoughts?

The Vampire the Masquerade games have some very nice portraits of the major characters.

The Soul Stone War has some nice character portraits as well.

My WIP The Keeper of Midnight is actually full of visual support. From portrait of NPCs, the monsters, the maps, the weapons to even some key scenes of the game such as the below. I sometimes wonder if it will get approved for publication because there is a ridiculous amount of artwork in it. 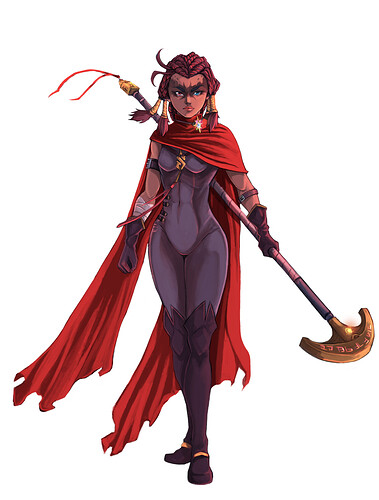 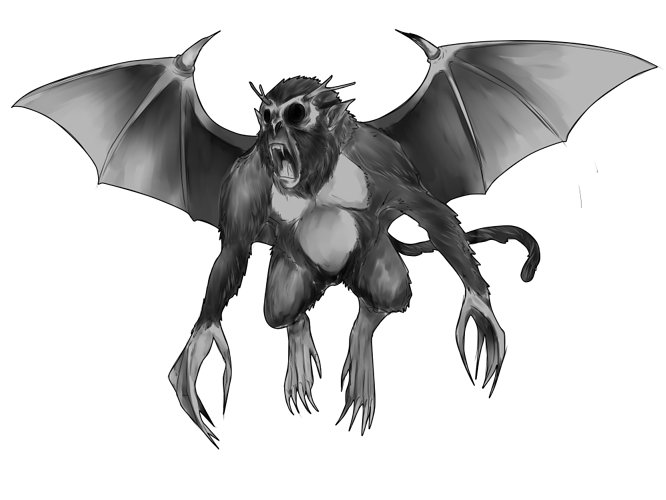 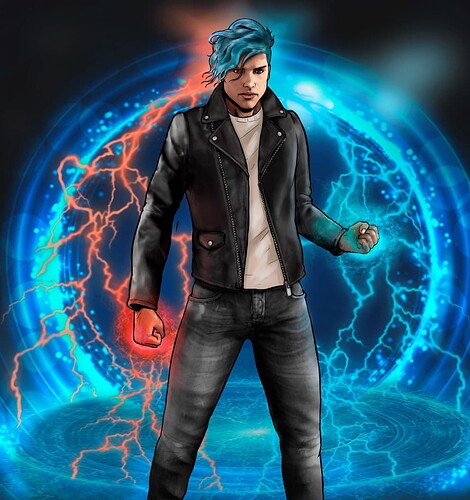 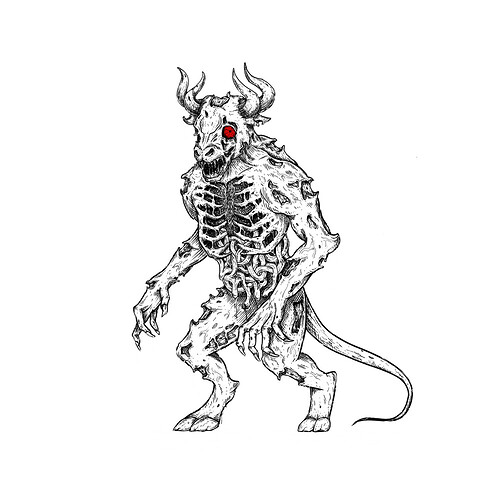 Those are awsome. Did you draw them yourself?

I’m sure it’ll be fine, I’d just suggest resizing the pictures so the files aren’t huge. One of mine was published with a number of pictures and no one complained, but when the wizard of oz one had full sized pictures in there a number of people were shocked about the download size at the time.

If I could draw like that… I wouldn’t talk to anyone.

“The monster has four horns, red eyes and dangling guts.” But hey here’s an artwork.

I did resize them and right now the total size of the game with everything included is around 20 MB I hope that’s not too heavy.
They do load without issue on my phone and computer when I test the game from Dashington.

As somebody who commissions quite a bit of art for my own games, my suggestion is to give people the option or not to see the artwork. This is simple to do with coding, and this satisfies everyone (just ask at the start whether to turn art on it off… Check my games for how I do it)

I have that toggle. Seeing the artwork in your games was actually the first thing that made me think that it was cool to have them in mine. I was just worried about the size.

When it comes to “visually captivating”, it’s hard to top the VtM games, which often come with character portraits.

Although I remember an old WiP that also experimented with character profiles with pictures and whatnot, it was called Caught in a Reverie. I think that was one of the first Hosted Game projects that used character pictures and sound effects in the game.

My post is probably going to look like this, but I really like what we did with Highlands, Deep Waters, in which certain images would change according to your character’s sanity.

For example, we had different two versions of the town’s map showing on the stats screen. 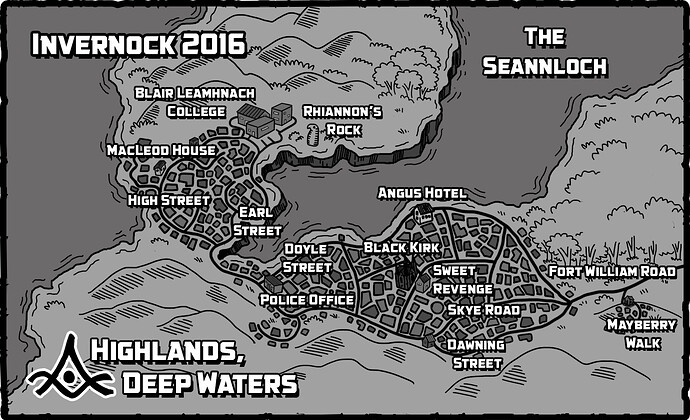 We also had a sudden jump scare (Warning: this one has flashing lights, appears briefly, and has a really long delay. Refresh the page after clicking the link to see it.)

In The War for the West, I made different versions of a particular image in the game depending on the player’s House colors and the sword they are wielding.

I also like what they did with the VtM games, and there’s this one medieval game (maybe The Great Tournament?) that had like dozens of heraldry combinations you could choose from which I thought was great(sic).

Can you use gifs in submitted HG games? I always thought they had to be pdfs (I’m not sure how I missed that). Good to know

Yup! We’ve put one in The Vampire Regent too.

I enjoy the art in this WiP a lot:

Click here to see the animated cover art! The day after you and your twin sibling rewrote your mother’s unfinished bedtime story, you quickly find out why she never finished it. You have unleashed a plot hole—a portal to different story worlds—and now the villains from the stories you’ve written have become real. They’re here to crash your school fieldtrip, and they’re here to finish your mother’s story for good. Grab your plot armor and join your twin and friends in a me…

Even if you do not like these types of genre, the use of art in this demo is one of my favorites.