I’ve pretty much got one goal for the month and that’s to get the next chapter of my wip out, writing has been going pretty well recently so I’m hoping that continues.

Happy writing month to you all!

See? NOW I’ve said I’d like more Blaire in my life. Now, where are @Jjcb for more Aki and @ViIsBae for more Sarah? I kid, I kid. Take care of your lives, people!

gasp I thought S’s scene was done. I was already resigning myself to have to wait a VERY long for more S while you wrote the paths for the other three ROs, who, though lovely people, are clearly subpar choices, because S, but now you’re telling me I’m getting more S?

…
No, wait, crap. You mean “adding the last part [of my post, i.e., “Take care of your lives”] to S’s last written scene”, don’t you?
I mean, it’s not like S, of all people, shouldn’t, because like I pointed out the last scene is you finding new and terrible ways of breaking my heart, but still. 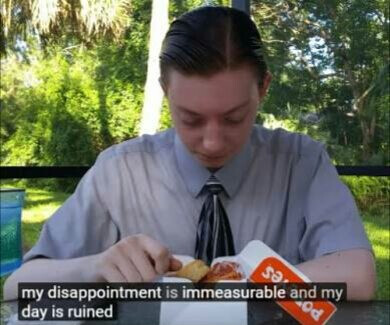 Oh no, you were right the first time, I’m adding more to S’s last written scene. I feel like it ended more abruptly than I imagine.

covid hitting my household (literally everyone except me)

Literally everyone INCLUDING me.

my cat going to the vet 3 times

Oh no, hope the poor thing is ok.

other things all happened within a two week time span, so that threw me for a bit. But, I’m now getting back into it, slowly yet surely.

Take your time and mind your life and yourself. Everything else can wait.

Oh no, you were right the first time, I’m adding more to S’s last written scene. I feel like it ended more abruptly than I imagine.

While I’m here in the writers support thread, mind as well say, this is the first time I’ve written in a while, because finals, covid hitting my household (literally everyone except me), my cat going to the vet 3 times, plus other things all happened within a two week time span, so that threw me for a bit. But, I’m now getting back into it, slowly yet surely.

Well, my May was mostly eaten up by family affairs and household logistics. I moved to be closer to my parents (and to save money) so that was a lot of work. As soon as that was done, my mother went away for two weeks and l was left to house-sit (and dad-sit). I don’t think I even cracked open CSIDE in all that time, although I do have two tabs permanently open on my desktop Firefox, both with things related to my editing process for chapter 1 of Turncoat Chronicle.

June is going to be my month! I can feel it! I’m getting off to a good start next week by scheduling a major time slot to research an issue that has been bothering me on and off for a while, now: how to handle the MC’s asexuality.

Since it’s been bothering me since the start, and since it’s come up in feedback, I want to do more research to see if I can design a better sexuality system than the one that I’ve got. On the one hand, I don’t want to gate sexual content for ace MCs (and players!), but on the other hand, I want to give an option that allows the player to opt-out of all sexual content, however implied. It’s quite a challenge!

Now that my game is almost entirely politics, I’m finding it a lot easier to come up with content when you’re evil. It’s so much more dramatic to have plots where you end up quite power-drunk and playing everybody to get the right people on top, so YOU can be on top too. Of course, the alternative, being more ethical, means being very milquetoast, very bland to the point of being sparse; no undue ambitions, no double-crossing, never stirring up big trouble. And who’d want to play that?

Then again, this is an era where only wealthy landowners, amounting to 1% of the population, could vote for their MPs - and the player character is not one of them. You can change this statistic into 7%, which includes the player character, if you play your cards right - no need to be unethical to achieve this.

Another issue I’m noticing is that the Politics “main story” NPCs are very male-heavy; all of the politicians are men. The Bank side story (one of the two side stories that’s more fleshed-out right now) has a woman running the bank and her granddaughter, but that’s only two…

IIRC, you had someone preemptively ask for that, so it can’t be TOO weird. Or it is, and at least you two can be too weird together.

That’s terrible. As a rule, teddy bears don’t do well in the wild, they’re domestic animals. If left to their own devices, they tend to have their food and homes taken by blonde girls. It’s a widespread problem, unfortunately.

These are natural feelings to have; I think it is great that you shared your project, it has a unique perspective that might help others take an outside of the box approach to game structure.

My thoughts on providing good feedback as a tester:

Good constructive feedback should focus on the work rather than being a personal negative attack against an individual.

Do not let your emotions get the better of you, as criticism levied while you are angry, disappointed, or frustrated may lose its message.

The outcome of criticism should still be positive and contribute to a better story or game.

I’d love to write a longer game in that setting (probably one with proper customization as well), but I don’t want to write a game with a choice on every page but no variables ever again!

So at about 27k words with ~14k per playthrough, my demo’s more or less ready to be shared…

Or at least, that would have been the case had I not developed cold feet. My thoughts are all just going: Is there enough content? Will it be well-received? Is it even going to be the kind of story people will like to read? /Nervous fretting

But not choicescript, lol. Trying out a new format for TTRPG stuff. Getting an adventure ready for a new setting that’s supposed to come out in a month or two for DnD.

that would have been the case had I not developed cold feet.

Time for me to put your feet to the fire, then.

No. There is never enough content. You could have had a million words ready, with another million being wrapped up, and people who like what you put out would STILL go “oh man, I wish it were longer.”

Will it be well-received?

The one way to ensure something will not be well-received is to never put it out there (out here?).

Is it even going to be the kind of story people will like to read?

Prometheus is the biggest, most insulting piece of dross that I’ve ever had the displeasure of seeing taint a screen, and even THAT has a 73% in Rotten Tomatoes, you’ll be fine.

Your last statement made me giggle

thanks for the encouragement @JBento ! I shall do a few more playthroughs and maybe figure out Tumblr while I’m at it before throwing it into the void (or here?) :d

You echo every thought I have every day. Worse yet, whenever you’re creating something whether it’d be writing, an animation, or whatever, you’ll always think “Could’ve done X” better or “Y makes me cringe now.”

You’ll always be your own worse critic.