How do you code dive in cog games? I did it one time and can’t remember how.

Yeah I’ve skimmed this thread and obviously there have been some changes over the years, so I guess could anyone post a quick, current how-to guide on viewing code on purchased CoGs/HGs?

Through the websore, right? Because if it’s another platform, I too would be very interested to hear it.

Yeah, exactly. I am 100 percent willing and able to buy some games on the webstore if it means I can learn and look at the code.

No problem-o! I’m taking screenshots as we speak.

I don’t have screenshots to visualize it, but I’ve attempted to explain how to do it in the webstore here:

I’m impressed by the sheer effort you put into this! I would never have had the patience to compare all the different combinations. But I also do usually play while viewing the CoG/HG’s code so I have the numbers right in front of me. I know that it works on Android’s internet browser, so I’d guess it works as well on an iPad’s internet browser: Start the game on CoG’s main page. Then take a look at the url and delete everything that follows after the game’s title. So with the Evertree Inn, y…

I assume that your device has a web browser installed which you use to go online, independent from the app-store. Safari, perhaps? Apart from this forum, CoG has another website where, among else, you can find information about the ChoiceScript, all the Choice of Games (“Our Games”) and all the Hosted Games ever released: https://www.choiceofgames.com/ This is the direct link to play Evertree Inn in the browser: From this link, you need to replace the part starting with /#utm with /scene…

Finishing a how-to with screenshots will help a lot more people and will probably be more easy to understand and follow, so please finish your guide for that, impeccably-stressed!

There’s also a way to extract the app.asar file of the more modern CoG/HG games bought on Steam (there’s a different, easier method for older games like Tin Star), but it needs a bit of set up and I’d need to find the original post where that was explained to attempt to describe it in more simple words. As not every game is released on Steam in the first place though, the webstore is the way easier method, especially if you can buy in the webstore directly and don’t have to go the purchase transfer route first.

And that’s how you look at a game’s code!

Edit: I’ll be adding this to the first post for posterity’s sake. Be sure to link the first post instead if anybody asks you how you do that nifty code-diving thing they’ve been hearing around the water cooler or whatever,

Okay that was as easy as I was hoping it was! Thanks for making it crystal clear.(and I might suggest adding the update to the title with today’s date so people see there is current info here, seeing as how the post is 6 years old)

Also sidenote least for those who purchase on google play when you click the upper corner while in the app/game where you look at achievements click on about instead where it will open the browser and take you to credits click on the url and it should be:

Ex: https://www.choiceofgames.com/user-contributed/community-college-hero/scenes/startup.txt
I haven’t seen a way to get past the block, just briefly looking at it, but for me just seeing the startup.txt helped a lot when i first started learning to code but you can restore purchases to your CoG account from the apple/google store and log in via browser.

The reason there’s a block is because you haven’t purchased the game. There’s no way around that, as far as I know, except to buy it.

And yeah, the rest of your explanation is pretty much what I explained above, but thanks for including the links! I think that’ll help mobile users a lot in seeing what I’m talking about instead of trying to blow up my pics and being all— 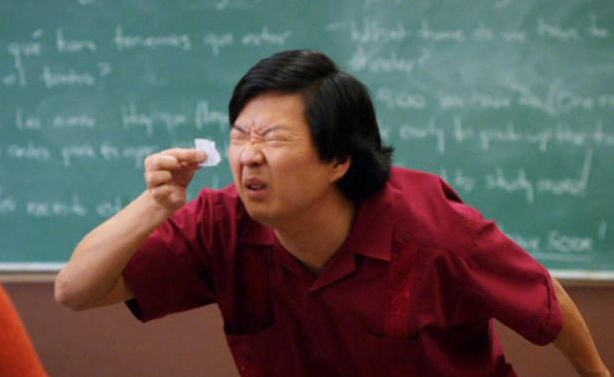 Yeah, that’s what I meant too. The block is a purchase (?) block. Unless you’re logged into an account that’s connected to a purchase—well, you already know, lol.

oh worm? That’s what I’m doing with Steam! Just throwing all my love cash at authors.

Ok, so I tried to follow @CJW’s method of looking at WIP games’ code and uhhhhhhhhhhhhhhh…

The following tutorial can be done on any browser. I did it in both Chrome and Firefox, but I’m pretty sure you can do it in any browser, like…

oh my god i dont know any other browsers

Anyway, I hope you all enjoyed witnessing my descent into madness!

About extracting the code on Steam:

For starters, you will need to locate the games installation folder. By default the path should look somewhat like this:

Older games like Tin Star will have simpler folder contents than newer ones. To extract the code of these older games, we will basically extracting the gamename.exe file to view its contents. You will need to have 7-zip installed. I do not know if this works with other extraction tools as well, it doesn’t work with WinRAR for me.

Right-click the gamename.exe, go to 7-zip, then “Extract to gamename\”.

This will create a new folder with all the contents of the .exe file. In there is a folder “scenes” which holds all the .txt files with the game’s code. I’d recommend opening them in Notepad++ if you’ve got that installed.

idonotlikeusernames has linked two methods to extract a game’s code earlier in this thread and you can find more detailed explanation to the nodejs method in a reply to that post:

Two ways I know of first is the one the big guy himself told me here: The second is to use this python extension, instructions here. If you want to mod and repack you need to follow the first and more involved method, since the python thingy unfortunately only extracts archives to directories and cannot (yet) do the process in reverse in order to play your modded games on Steam, which I guess was one of CoG’s reasons to begin with. Personally I prefer the python method for now.

This method will ultimately also result in a new folder being created where all the files have been extracted to and you’ll find the game’s code again in the folder “scenes”.

Is there a way to view the stats screen?

That’s really clear info, thanks! Anyways just wondering how do you make sure you’re logged in? Is it the google play account etc that you bought the game on? Becuz I don’t seem to see any log in button on CoG main page

Is it the google play account etc that you bought the game on?

But Rose! What if I didn’t by the game from the webstore? Will I have to buy it twice?

Does it have to be pc? Cuz i click on it on the buy it now on phone and it redirects me to a playstore page