How much can players take?

I mean we’ve already had the “eat human fingers, be raped and tortured” game…

We did? What game was this?

We did? What game was this?

I mean we’ve already had the “eat human fingers, be raped and tortured” game…

Wait what when was this?

i don’t think it made it out of development. ive seen a few simmilar instances over time try to pop up but a lot of anger brewed and the rules are in place for certain subjects.
Edit: old old project years-ish ago.

Ehh… the “oh something is popular so it must be an okay thing to do…” is always … not really a good thing.
There’s the old saying
“Eat sh*t. Billions of flies can’t be wrong”

It’s good for the flies. You can set your own boundaries and decide what’s good for you. Besides given the topic wouldn’t the analogy be the flies eating yours?

stalker is just refering to genre preference there(i think), some genres have become less tactful, other more subtle.
personlly i think your quote applies to the Jump scare horror and gratuitus violence favorites and thats about it. in the end its is billions of flies but to each fly their own preference.
as long as we accept the genre and either embrace it or walk away its all good it its thrown on us and expected to just take it then it gets bad, we have options.
Gratutios violence and jump scare are the current “Fad” sadly i cant wait for Hitchcock to be popular again.

Given their respond above I dont think they were referring to that, but to how ‘stuff that does those things is popular, thus doing the thing is totally ok’.
Which is a logical fallacy.
In fact the sheer overabundance of “edgyness” is one of the mainpoints of criticism with many stories nowadays, and… lets be honest:

Killing of character for the sake of killing them off only takes away emotional impact.
No matter the built up.

the sheer overabundance of “edgyness” is one of the mainpoints of criticism with many stories nowadays, and… lets be honest:

Killing of character for the sake of killing them off only takes away emotional impact.

No matter the built up.

well i agree it does take away the impact and it is criticized, and yet…Hollywood makes so much money off of doing just that and there are so many that just eat it up that most of those things are major moneymakers. the issue here is applying logic to this subject.

i cannot claim to know what they think just my opinion to know youd have to ask the person if i was correct or not.

what i can say is its a fact Gratuitous violance is popular enough that its making more than enough money that gamemakers, tv and movie makers all have enough justification based on those profit that we want it. you and i may not want it but its become popular enough and has a long track record of making a lot of profit.

Edit: and im getting off track abit
Genre is what depends on what we can handle and what is acceptable to take, that is my opinion on the subject we are supposed to be talking about. Not all genre is the same i have clairified in a higher up post

Given my like above I think @Drakeye explained it well enough

Hmm.
I’d like point out that having a grimdark scene in a light-hearted story, killing a close NPC emotionally, is not something entirely wrong.

It’s the matter of execution, as I said before

As long as it is logical and not a cheap trick

You have to be consistent. The event must be logical. If your story is a slow-paced kind, and then an assassin of a notorious guild suddenly shows up from nowhere and kills the damsel, it can be really jarring. However, if your story regularly introduces grimdark nuance, you might get away with it.

Anime shows are common to have this kind of story, and the big offender is “Madoka”. Other light-hearted with grimdark titles I can mention out of my head are Musaigen no Phantom World, Zero Kara Hajimeru Mahou no Sho, Hai to Gensou no Grimgar, and to an extent, an old show Webdiver.

(the titles I mentioned might lean more towards grimdark/drama rather light-hearted, but you get the gist)

Here’s a vid from Overly Sarcastic channel which explains the stuff better than I am. 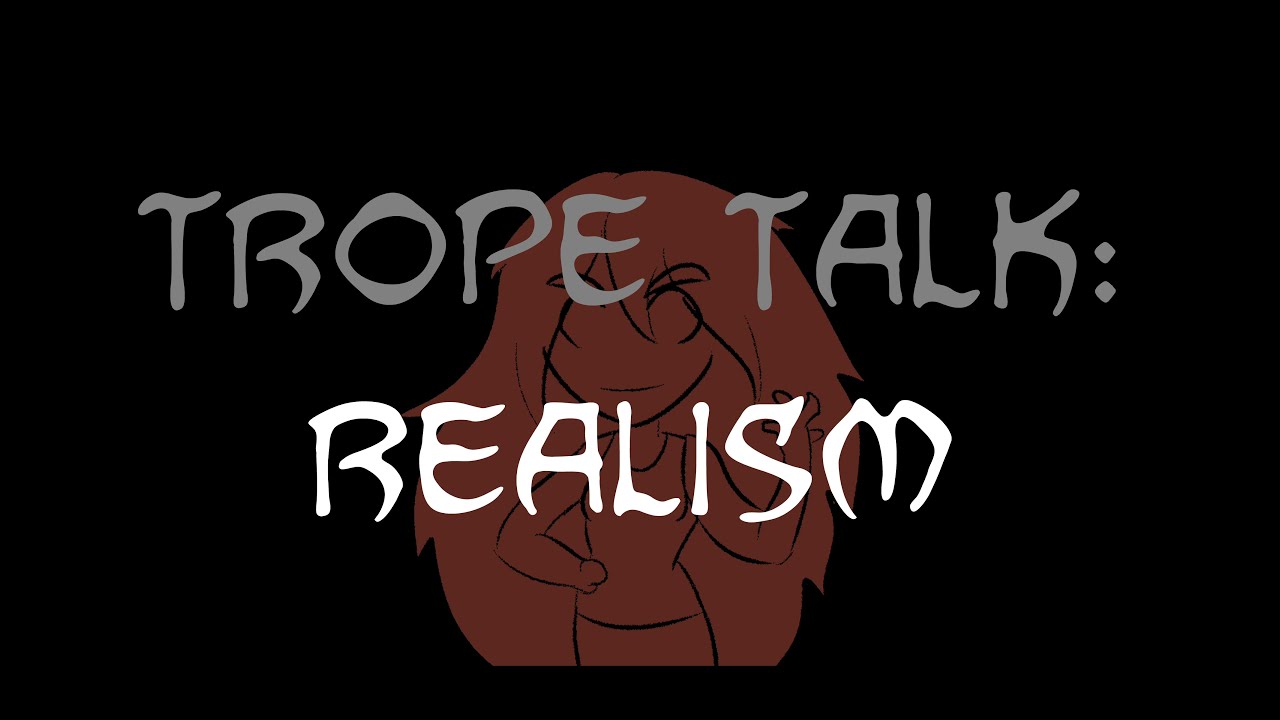 But I think the main question gets across; just how mean can you be without being too mean and ruining the game?

As others have said, what’s “too mean” will vary by game and by audience. If you write a brutal grind of a game, or a Kite Runner style horror-show where sympathetic characters are subjected to worse and worse experiences, some people will probably call it the best thing ever, others will call it unplayable. I think the key thing is to have a vision and stick to it. If you’re trying to satisfy everyone, you’re likely to end up having no one really love your work. (Cf. Khalid Hosseini’s post-Kite-Runner novels.)

George Martin proved that you can get pretty mean even in a supposedly escapist genre without losing your audience–indeed, it can be a feature that greatly increases the audience. There’s ample overlap between his fan base and the audience for COGs.

Brutal shocks can either accentuate emotional connection with the story or demolish it. For the former, it’ll help to have grace notes in the story–moments of rest, moments of joy, more light-hearted moments. I agree with critics who’ve suggested that my own XoR has too few of those, and am trying to incorporate more into Game 2.

I’m just waiting until the big reveal in the final book where we find out that all of the characters are actually mules.

(I wonder how that would impact the reader?)

Secretly (evil thoughts ahead) the “bear meat” was deserters.

i think it’s alright as long as it’s done tastefully and with good reason, not just shock value. i know that lots of players actually enjoy a good deal of angst. there’s a reason why tragedy remains a popular genre/trope.

Obviously genre plays a part; if the game has been happy fluffy slice-of-life for 75% of it and then takes a turn into Grimdark Street the reader will be justifiably pissed. If it’s clear long before the bad stuff starts that this is the kind of story where bad things can happen then the readers have no one to blame but themselves

But you still need to be careful with killing off major characters. Doing it just purely for shock value is cheap. GRRM’s often mentioned in discussions like these but even he doesn’t actually kill characters off for no reason - it’s to open up new plotlines or reinforce themes of the series.

When it comes to grief in stories I prefer it when it’s the other way around; the MC is the one who dies. This stems from the idea I’d rather die first than watch those I love around me go first. Not to mention it’s kind of romantic in a very depressing way to feel cherished in your last moments but also selfish because you won’t have to deal with the grief that follows.

There’s a limit on how much bad stuff can happy in a story, because after a certain point, people are going to stop caring because they’re expecting things to go wrong. I’ll also echo others’ statements that a character’s death should have some meaning behind it, or it should be to advance the plot in some way. Personally, I find it hard to connect with and immerse myself in stories, so I’m quite cynical to an author’s attempts to evoke certain emotions, but as long as it’s not blatant, I don’t mind it. I guess what I’m trying to say is that it should feel like a natural part of the story, not the writer’s doing, if that makes sense.

George Martin proved that you can get pretty mean even in a supposedly escapist genre without losing your audience–indeed, it can be a feature that greatly increases the audience. There’s ample overlap between his fan base and the audience for COGs.

Well, honestly, I think that he’s a good example of an author who’s very good at pretending to write a brutal story where anyone can die, but actually not. Every major ASOIAF character who’s died has done so in service of the plot: Ned had to die to start the war, and Robb had to die to “end” it (and set up the Boltons as antagonists, give Melisandre one of her three dead kings, pave the way for Lady Stoneheart, set Arya off on her assassin-training plot, and probably many other reasons). Even minor characters can have important deaths: the three rangers set up the threat of the Others and Ned’s character; Jory’s death prevents any kind of peaceful resolution to the early Stark-Lannister conflict in book 1. Even Quentyn… okay, I have no idea what purpose Quentyn’s death (or indeed, character) served. Telling us that dragons are dangerous, maybe? The deaths also up the stakes for the surviving characters: if Ned and Robb hadn’t died, no-one would be worried about Jon’s current predicament.

I agree that ASoIaF is less grim than its reputation suggests. As I wrote a few years back,

it’s becoming a series much more characterised by unlikely survivals than unexpected deaths.

At the same time, I think it’s easy to understate how shocking and disruptive the major deaths are (and were even more so at the time they were first written). The plot could have got on just fine with last minute rescues or reprieves for the major casualties. Most fantasy did and does treat its protagonists better than Martin; take Robin Hobb’s first trilogy for example, where the story puts Fitz through the wringer (and sinks the world into war, temporary bad guy triumph, etc) without ever quite being as unsparing as Martin.

Martin has proven to be good at unpacking interesting consequences from the disasters that hit his major characters…which helps keep readers engaged even when he’s just abruptly brutalized, sidelined, or discarded altogether a PoV character to whom we’ve become quite attached. But I don’t agree that his plot demanded those casualties. His plot lurches in response to them; they’re given a measure of meaning by that fact.

Most fantasy deals out setbacks and losses to the protagonists in a way that keeps them around until they win or have a meaningful, predictable death. For popular example, Star Wars has had some mildly affecting deaths, but never a remotely surprising one. Ditto LotR (since Gandalf survived Moria).

By contrast, Martin remains one of the few major authors to write as if his protagonists don’t have a safety net – as if they could die well before the climax and the story lurch off in a new direction again. Yes, as we get closer to what he promises really will be the ending, I think we have a good sense of some of the folks who will be left standing at the final confrontation. But I’m not sure, which is more than I can say of most SFF.