I am currently in the proccess of writing my first WiP “The War of 2022”, and I am having a hard time writing good battle sequences.

For me, what makes a good combat scene is the presence of either tension or humor. It adds flavor, not just pow pow kablam! and a bland knuckle sandwich.

Also, it’s an opportunity to add little plot keys in your story. I love it when my potential RO begins to hate me after I emptied his caliber to protect his a**!

or when someone that absolutely despises you suddenly likes you. kind of like when you end up with that one person that everyone around you hates who ends up saving their jobs or something. right? I am not saying that their attitude towards you or everyone else changes instantly but they can at least tolerate your presence.

“An eye for an eye” I guess

what i really love about battle scenes is how that the really good ones can sometimes make you feel like you are actually living it instead of just reading about it.

However when it comes to writing one I tend to think of it from the perspective of the character so that i can actually feel what it would be like at that moment. but to each their own.

combats scenes aren’t easy to write (at least to me). I struggle with them .

Like @anon61760289 said, it’s a good combat scene isn’t just shooting or stabbing or ‘insert here war cry charge!’ . You can also make it a scene with battles and chit chat.

If we take animé, there are 2 things I never do. Make character A and B stare at each others saying nothing like in DBZ lol cose then you have to fill that silence with description of the scenery! And that can be boring…’‘the branche squeacked under the heavy slap of the wind, as the silence continued. MC1 refusing to stop glaring at her ennemy, even though with the wind howling, her eyes are getting itchy and dry. She wish she could rub them…’’

The 2nd thing you shouldn’t do. Is like in the Manga Naruto. During battles, the scene change to someone gotta explain what happen to the viewer like they have gone blind.

If you want to explain something there are better way to do it, without treating the reader like a moron lol .

One thing I always like to add during combat, is some surprise.

Force the reader to guess who will win. Even though you the writer may have planned that this battle doesn’t decide anything, the reader doesn’t need to know that. They still gonna try to guess, and root for their favorites. As for surprise, it can be anything.

In one of the story I wrote, the main character get to fight the Queen of the Elves. The 1st surprise was that the battle happen out of the blue. The reader knew what the mc could do, but the Queen was an unknown. So her powers and abilities were shown during the fight. She had speed, where the mc was a berserk with a mutation.

And she was able to disarm her regardless. The surprise I added, was how the Queen wasn’t really defensless and without weapon she started using magic instead lol

It can be small things that make a whole difference. it doesn’t have to be flashy and what not.

I would tell you to keep the descriptions simple. Do not go with flowery words or heavy descriptions, just describe what is actually happening during the battle.

And as @E_RedMark said, we loooooove surprises

A good example of a battle scene is from an anime called Mob Psycho 100. In season 2 ep 11 they have great battle scene where it involves all the characters present instead of them just standing on one side doing nothing and just letting the MC or other fight one on one.

Here is in detail explained how to write micro and macro battle scenes and very good examples from well regarded books. 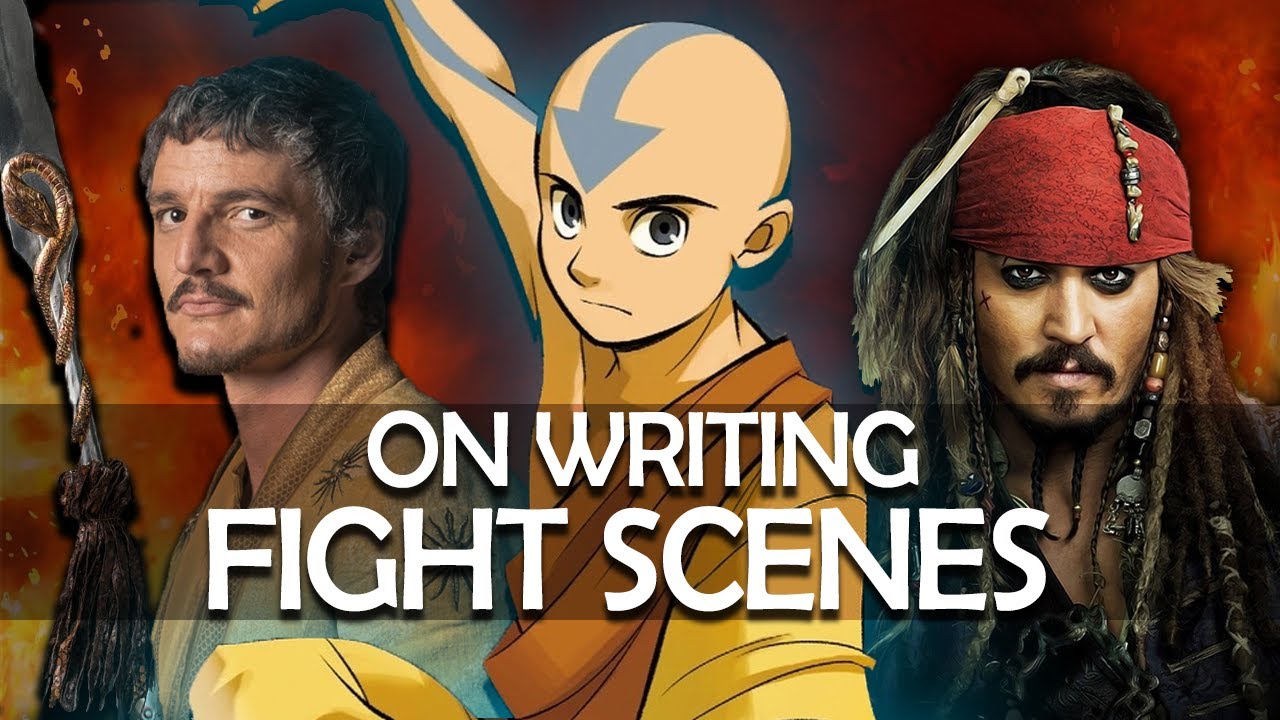 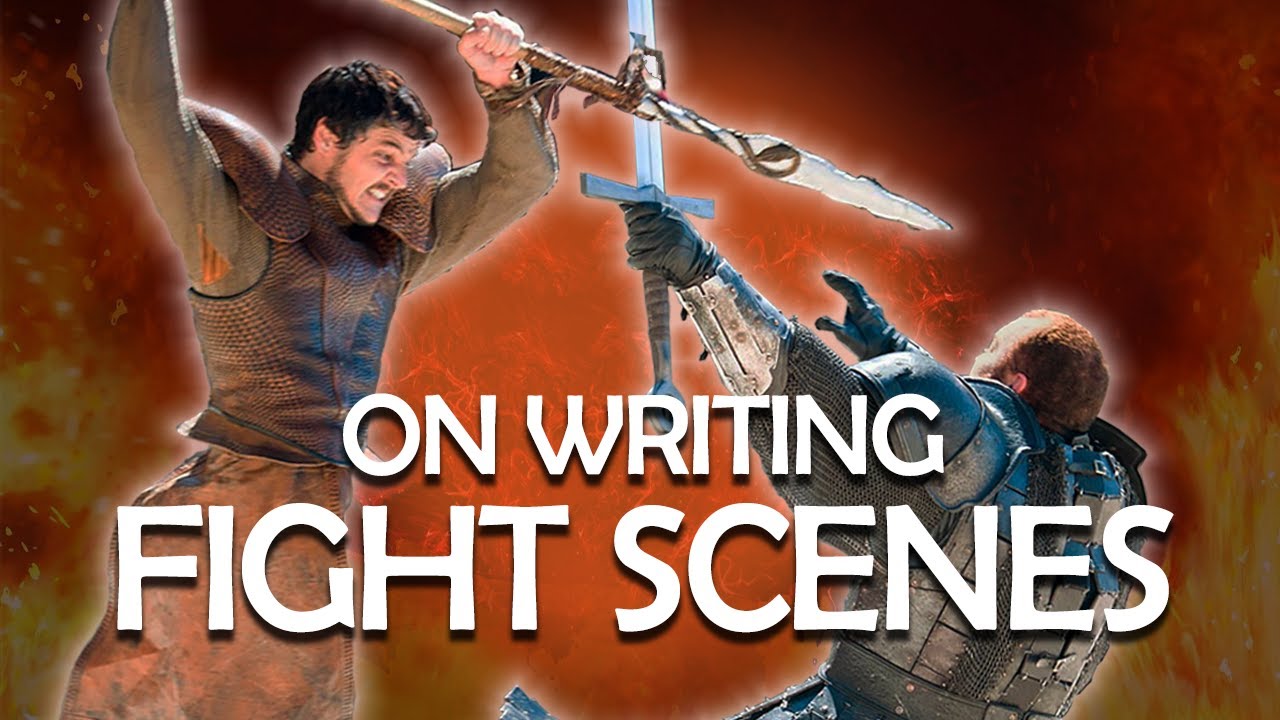 I don’t think I’m what you’d call an expert in this kind of thing, but when I write battle stuff I try to keep the focus on the immediate happenings, grounded in sensory details. Sounds nice (maybe), but in terms of actual tips, I guess I’d say the following:

But again, total amateur here. This is just what seems like it works to and for me.

I’d agree with @moonfungus and @Jaybirdy. In any kind of stressful situation (and I can’t think of anything more stressful than a battle!), our brains tend to shut out superfluous information as a survivial mechanism, so we just focus on what we need to to stay alive. You can mimic this fairly easily in the writing style, limiting yourself to describing what is happening at that moment without overly descriptive language or digressions. The main character won’t care what colour the braiding is on their opponent’s jerkin, so you probably shouldn’t either. As a reader, this sort of unnecessary detail works against my immersion. Even worse is when an author decides to throw a chunk of backstory or a lengthy digression into the middle of a fight scene. Save that stuff for later…

Even worse is when an author decides to throw a chunk of backstory or a lengthy digression into the middle of a fight scene.

Wdym by even worse? We need to make the readers understand the underlying motive of the enemy so they root for the protagonist more! As well as the overpowered power the enemy has that our protagonist has no way facing against such thing, making the battle even more intense!

Until the justice equality punch landed on their face and suddenly that all doesn’t matter.

I personally would suggest addressing the enemy’s motives in quieter moments of the story. During an actual battle, I think the protagonist is more likely to be thinking moment-to-moment about how to survive rather than reflecting on anything that isn’t immediately relevant. As for showing the enemy’s power, I think that is indeed a great way of upping the tension but it can be generally done through their actions and this is preferable to taking the reader out of the scene to explain or define.

Of course, this is just my personal preference as a reader and, as with any writing “rules,” there are bound to be exceptions!

We need to make the readers understand the underlying motive of the enemy so they root for the protagonist more!

Depends on what picture you want to paint of the protagonist, I would think. If their thought wanders in a fight and they still end up winning… it obviously is something they do all the time, to the point they don’t even need to pay attention.

If I can throw out some suggestions. Read Sabres of Infinity. it’s a really good war book on here that really takes the cake with its battle scenes. They focus you in and make it seem like your actually there and that if I screw up a choice I will die.

make it seem like … if I screw up a choice I will die.

You have no choice but to resort to one of your special techniques
(these could be your choices.bear in mind they are fictional skills

,since in a fight situation our brains don’t usually think and just does what’s necessary to survive
And if there be special techniques
These could be in your choices
tho I’m new to writing so it’s just an opinion

And I recommend Samurai of hyuga