I vastly prefer second person but when the story’s really good (like Samurai of Hyuga) I can make exceptions.

Some differences between first person, second person, and third person:

Does anyone have a preference about whether, in a second-person game, the choices should be in second-person or in first-person? I have seen both in different books, but can’t decide which would be better for my story.
I would love to hear any opinions you have on the matter!

I would probably expect the options to match the text. So if the text said “You see a fork in the road,” I would probably prefer “You go left/you go right” over “I go left/I go right”. I’m not sure without actually looking at an example whether the difference would really impress or bother me or anything though.

Then again, you could also just skip that entirely and have the options be “Go left/Go right”, if that feels proper for the story and flow and all.

@Doriana-Gray – The CoG style guide recommends that the Options should be in first person ( #I carry him down the stairs."

Choice of Games Style Guide Punctuation Dashes between words (i.e., em-dashes) should be written using the Unicode em-dash "—" with no spaces: "There's a dragon behind you—perhaps you should run." You can copy and paste — from this document Or, if...

Ooh, thanks for sharing that! I need to look through this just to see what’s what.

Actually, the more I think about it, the more it makes sense that it would switch from you to I since the person saying “you” is addressing the reader, and the person making the “I” choices is the reader. That’s a neat dynamic, actually. I’ll have to dig back through some of the games I have and pay closer attention to how that works.

Oh, that’s interesting. Thank you! I will use first-person then. Are there more style-guides or rules anywhere that a game needs to or should adhere to?

Depends on which catalogue you’re going to publish your story to.

The Choice of Games label has its own separate requirements for a story to be published.

You can see these requirements here.

I actually noticed stuff like this, and I wanted to use it in some way, and I did, with my WIP, The Strongest Weakling.

Welp, now I have to check out your WIP because that sounds cool as hell.

As for the original question…Personally, I prefer first person over second person in IF games, but that’s mainly because of how I play. For some reason the “you” sometimes drags me out of my chacters’ heads and then I feel like I should be self-inserting, which I don’t do and have no real desire to do.

personally, I feel confortable with ‘‘You glanced back…’’ vs ‘‘I glanced back…’’ . That 1st person, disconnect me. I have to force myself to pay attention to the story and ignore how the author is breathing down my neck telling me how ‘‘I’m sweating…’’ and narrating

But I’m familiar with ‘She wrotes, he wrote…’’ since I write stories and not games. So when I tried writing with the ‘‘You did…’’ it’s really weird. It’s like something flipped in my brain . And it’s a struggle, cose now you have to think and kinda make it bounce back when you write ‘‘you…’’ .

I like both. A story with the first person will generally have a more developped main character, with a real backstory, a real past. He will be more “complète”.

But, second person give more freedom to what I want to do to my hero, what I want him to feel or think about a scène…

Both have their advantage and disadvantage. Dépend on what story you want to make.

For exemple, Fallen hero or samurainof hyuga is more about développement of the mc and their feeling that anything else and how they react to their past. First person is the best choice.

In a game like the Lost heir, the first person would have been a Bad choice as it’s more focus on the story and gameplay.

It’s like a pre-generated character (1st person) against a created character (2nf person) for a tabletop rpg. Both are really great to play, but I won’t play it the same.

Personally, I may have a bit préférence to the pre-generated character.

The story I’m planning is heavily character-driven, with a lot of introspection from the player’s character that varies depending on your personality. I’ve decided to write it in second person, since that’s what I and most others (as far as I’m aware) prefer to read in when playing COG games. The problem comes with the choices. If I stayed consistent with second person, I fear it might sound like the author’s telling the reader how to feel, rather than something more personal. For example:
“You were a fool to think that you played no part in this.”
vs.
“I was a fool to think that I played no part in this.”

I was thinking that I could write the choices in first person, and the overall book in second. However, that might cause a dissonance that breaks the flow/immersion. I remember reading a story that used this format (don’t remember the name, could’ve been a WIP) and I personally didn’t have an issue with it, but I’m not most people.

I fear it might sound like the author’s telling the reader how to feel, rather than something more personal

I wouldn’t worry about that. You get used to it.

I toyed w/it and found I like the interactivity of the 2nd person to 1st person back and forth for PC immersion, and I liked present tense for immediacy, but that doesn’t work as well if you flash back a lot. Plus you stick yourself w limited omniscience. I prefer all those things, especially re: omniscience. You run into some real problems w omniscient narration. Like, why do I only know what’s up when the author feels like I should? But if you stay consistent w those things (POV, tense, omniscience) it creates a very powerful effect almost incidentally. Hope something in here helps!

I was thinking that I could write the choices in first person, and the overall book in second.

That’s extremely common and what’s used in Choice of Games titles. I don’t think you need to worry about people having an issue with it.

As a third option, you could simply avoid pronouns. That’s pretty common too.

You realize you need to research slimes.

I’ve decided to write it in second person, since that’s what I and most others (as far as I’m aware) prefer to read in when playing COG games.

That sounds about right.

Other threads about POV in general:

If I stayed consistent with second person, I fear it might sound like the author’s telling the reader how to feel, rather than something more personal.

This is a major reason I write in first person. I don’t want to tell people how they should feel. Nor do I ever want to give them choices where they would go “I wouldn’t do either”.

But wouldn’t writing it in first person also feel like the author is telling me (as first person) how to feel? I think both works. 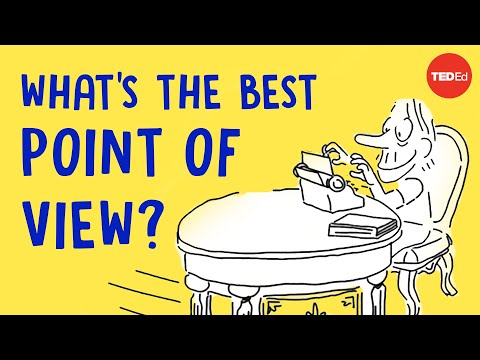