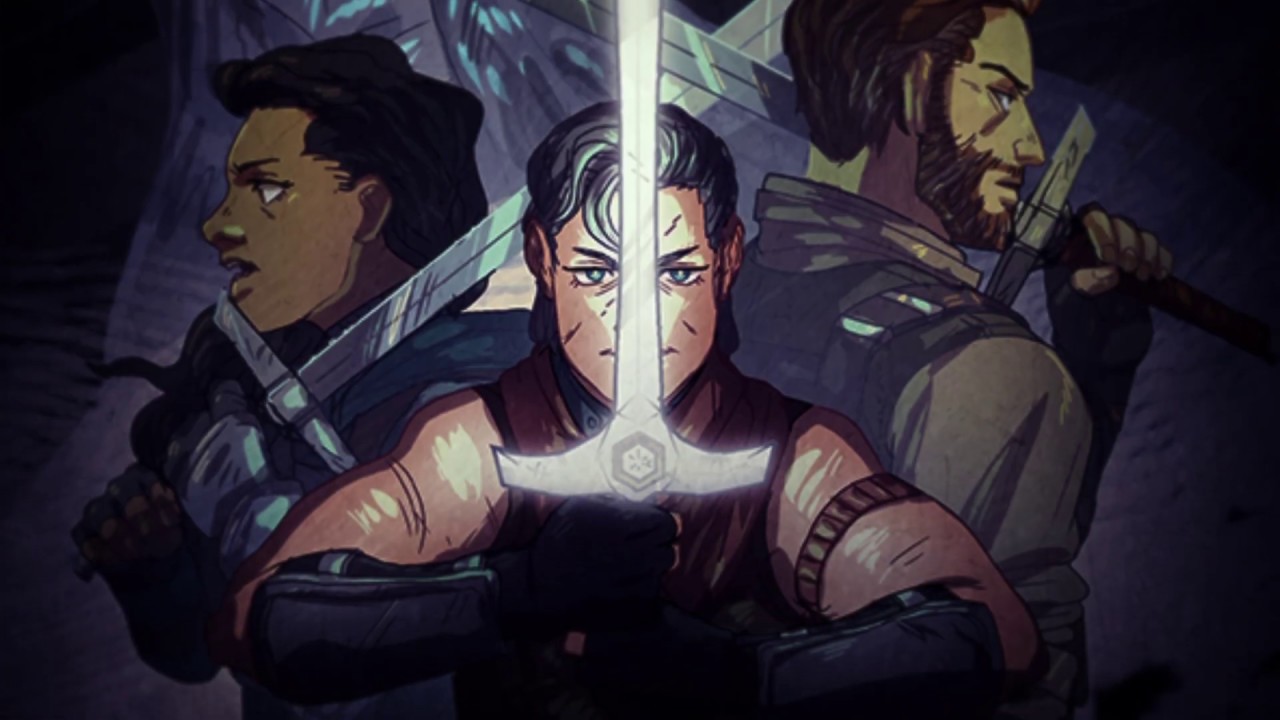 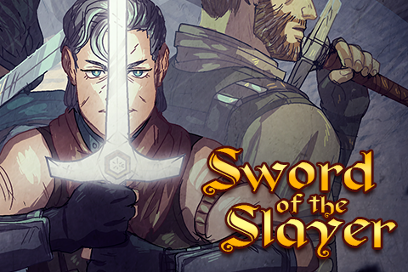 Sword of the Slayer

Fight monsters and free the ancient city with your enchanted talking sword!

Your first game for us was Welcome to Moreytown, which was based in a world you’d already written about in your novels. What was challenging for you in writing Sword of the Slayer in a new se…

I like replaying a few rounds with the same type of character and just clicking the same choices until you get to the one you want to change is getting to be a bit of a hassle, with how long CoGs/HoGs are becoming.

It’s not really house style, as ya’ll are aware, but because in this game there are a bunch of places where it’s really easy to die, and the author seemed pretty wedded to doing that in the game, I suggested we include a chapter by chapter save in this game.

Great idea! It should be interesting to see how it pans out, although it make me nervous about how many times we can die throughout the game. Eagerly awaiting the release, as always

“Yo, why is there a save system? Doesn’t your company have some sort of philosophy like, “no saves” or somethin’?
It devalues the choices made by the player, and there are some people who would redo it over and over to get the ‘right’ choices.”
-somebody idk

Mate, just include saves like in dashingdon. It’s really annoying that you’re still so persistent in not adding saves.

Mecha Ace had a save function.

Why aren’t saves implemented in Choice of games? I find it really annoying to have to start something over from the beginning because I don’t like the outcome of a particular situation.This is especially annoying if I’m in the later parts of a story. I know that a counter argument would be for replay-ability, but I see it more as an inconvenience. I just hate having to start over because a choice turned out to be something I wasn’t going for or picking a wrong choice on accident and having to g…

I’m just summing up the arguments from the people who don’t want saves.
Check this thread, it’s absolutely gold.

I wish all the games have save function like that. If it bothers people so much they have to just restart the game.

Mate, just include saves like in dashingdon. It’s really annoying that you’re still so persistent in not adding saves

Agreed. It’s particularly annoying when I accidentaly swipe the wrong choice without even confirming it with the next button and bc of that I have to go through 200k or so words again.
Edit: But at least now we have checkpoint saves in a game where the MC easily dies that’s progress I guess.

As for the game: it seems interesting and since I enjoyed the authors other game, Moreytown too this will be an instant buy for me once it gets released.

Rebels also has a save function.

It’s out for Android, you guys.

Sword of the Slayer

Fight monsters and free the ancient city with your enchanted talking sword! You’re a common orphan scraping a living on the streets of Targas Adur—a city older than memory, full of dark corners and darker magics, ruled by a merciless Sorcerer King, Demorgon. While exploring one of those dark corners, you stumble upon...the sword, an ancient weapon of power. And it can talk, in a voice only you can hear. "Sword of the Slayer" is 185,000-word interactive fantasy novel by S. Andrew Swann, where y...