Choices: And Their Souls Were Eaten (fantasy steampunk)

What a coincidence! I read CoG stories religiously and actually found this on the iOS store only because I’d downloaded another game (Miss Fisher) from the same developer and checked out their other games. The writing is wonderful and there’s so, so much content! I’m on my second playthrough of And The Sun Went Out and only decided to browse the forums tonight because I caught up on And Their Souls Were Eaten haha. Very glad to see you on here!

I’m so glad to hear that and will DEFINITELY tell KG Tan! He’ll be stoked to hear his current project (Miss Fisher) is feeding back into other Tin Man stuff, especially “Choices” (kind of his first child, game-wise - the endings are all utterly his idea, by the way!)

He’s a brilliant writer AND has a brilliant memory of all the different section numbers, which makes him a wicked bug-killer. (Plus I can ask him stuff like, “Hey, did all the PCs meet so-and-so?” and he’ll often tell me ALL the relevant section numbers off the top of his head.) Plus he’s super easy to work with. I adore everyone at Tin Man, but KG is the person I’ve worked most closely with for the longest (closely followed by Phill Berrie, these days).

Ahhh, I’ve been baited like a tattered ribbon on a hook. Curiosity and unquestionably dreamy priorities do have me wondering who the male RO for “Souls” is as I’m now quite in love with the entire endeavor after throwing ducats at the story pass. Will likely chip a nail tossing even more for “Sun”. Congratulations to you and the entire team, and go greyhounds!

Aha! You’re not the first person to be wondering who the ROs are for “Souls”. If you’re up to date, you should have had both the male and female ROs briefly mentioned in a romantic-ish context. Although I’ve recently discovered that not everyone met the male RO so I’m hard at work sorting that out! Luckily we can update the whole book at once so I can fix my own mistakes.

Hmm, Callum, perhaps, before things went all bpear-shaped? And I did notice something odd at the start of the Netherlands path, I believe, where our dear eater reminisces over a shapeshifter in London when in fact I had avoided the city. All in all, will be perched on pins for the updates.

I think you got it (for some reason I can’t access the forums directly at present, but I’m pretty sure I know what’s behind those spoiler blocks and that all sounds mighty familiar.

I’m gonna have to update on this thread when I’ve done my current big fat edit.

I know its been addressed but, I noticed that as well, I pretty much made my character have no human interaction whatsoever until he made it to France. Never met any of the ROs yet, I still went a long with it though lol.

You should still have run into (literally) a woman called Mary before you managed to get out of Hallowvale.

I haven’t fixed the “directly from Scarsdale to France” strand so that you meet the other RO, but I’m getting there…

Just binge played souls and I’m loving. Nox sometimes really confuses me with her actions. Can’t really tell if she hates my guts or just puts up with me. Now I’m just waiting for the next update

Hi! I think i need a little help. Is there a way to get other animal forms? I got rat and greyhound. I wanna get wolf if the option is available!

@Vanessa_Pang I’m still not able to get on the forums properly (this happened once before and it self-resolved after about a week) so would you like to email me directly at fellissimo@hotmail.com to get past the spoiler space?

Hey look! I’m back on the forums again.

If any of you are in range of PaxEast2017, KG Tan is there RIGHT NOW as part of the PAX Australia Roadshow.

He loves talking to fans, and is a genuinely nice guy who is also heading up the “Miss Fisher and the Deathly Maze” visual novel series (apple only). 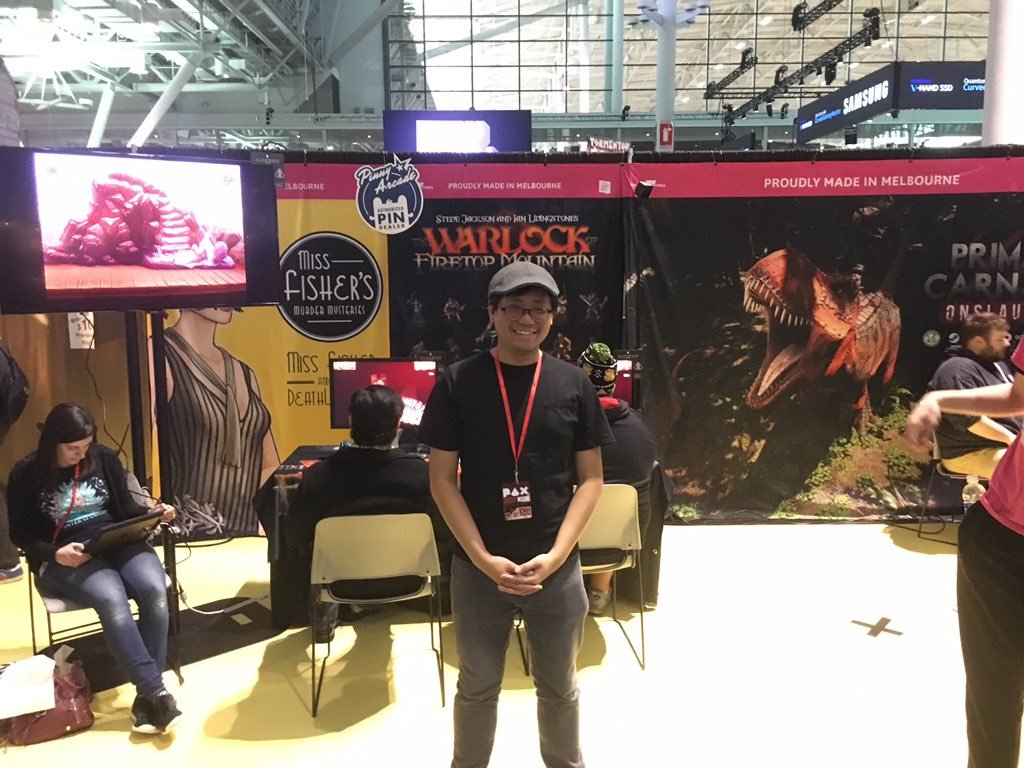 you tease me, a poor person who is a fan of KG Tan and is also not allowed to go to Australia Roadshow. I hate life.

Aww! If it’s any comfort, I almost never see KG in person either, since we live in different cities.

I have been a fan of these 2 stories for quite some time now. I do feel a great ability to directly control the outcome of the events. I appreciate the complexity of what you are accomplishing. I absolutely love the yin/yang push pull and how they build on each other (Nox&PC)
Nox has the ability to say one thing and mean another. For a bear so bent on killing the PC she sure has some soft spots! Thank you for the attention to detail that brought such a magnificent ART form to life before us. I commend your efforts

It’s funny how we each view the story. When I first played I thought I could trust the Nox, but that stunt she pulled in the first part of the story made me realize that I cannot trust her. I absolutely love her and her backstory though, and the different aspects we learn depending on what route we take. I understand why she hates me.

I’m pretty sure I made a deal with her in the beginning of the story, and afterwards screws me over. And then she has the audacity to say that we have to work together!

I’m (very very slowly) going back and coding in a bit more ability to alter the PC’s relationship with Nox (including Nox’s behaviour). And of course I adore Nox, but I’m biased.

I love Souls so much and have been completely sucked in! Are there different endings or will it all converge and in the future will there be any way to improve the PC’s relationship with Nox? All of my actions have been dictated by Nox since I realized I would have to deal with her. When Souls eventually (sadly) ends I’ll make it my goal to find all the different paths.

There are two decisions in Arc 9 that can turn Nox back into your enemy.

In Arc 10 (the final arc) there will be four plots. You’ll be able to pick which one suits your character best, with Nox’s advice, and hopefully you’ll have sufficient allies and resources to take care of the other three. So there are four main endings, and you decide which to take in Arc 9 (which is half released now).

PS: To torment you: There are 3 main locations you can visit in France, and three countries you can visit after France (but each read-through only gives you two of the three location choices). There are 5 possible soul animals, but you’re only given two to choose from (depending on certain choices before that point). Feel free to PM me if you’re frustrated trying to find them all!