Can't come up with names for my ROs. (The Strongest Weakling)

I made a WIP for a personal Choicescript project, titled “The Strongest Weakling”, a game where you’re a student in a superhero college but you youself don’t have superpowers (https://dashingdon.com/play/the-phantom/the-strongest-weakling/mygame/), and I plan to make three ROs who all have different personalities and etc. Their gender will change depending on the sexuality chosen by the player, however, they will also have a fixed gender to be used if the player selects themselves as bisexual or pansexual. The only problem I’m coming up with, is the fact that my naming skills suck, and I can’t come up with good names for the ROs. Which is why I’m asking you peeps for help. 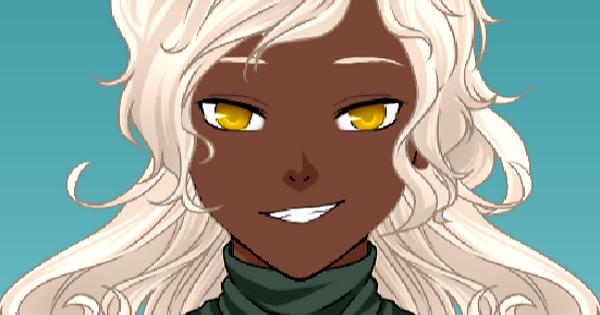 The first one is a smug, flirty prodigy with powers similar to Superman, and her default gender is Female if you decide that you wanna be bi/pan. 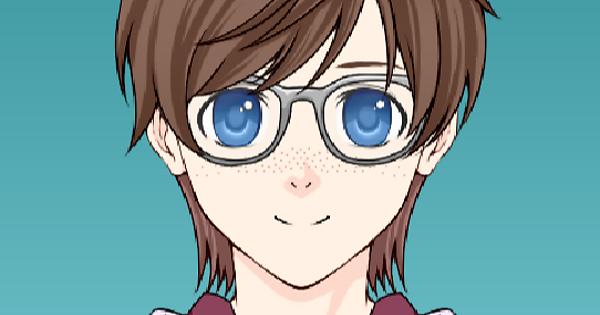 The second one is a shy nerd, who is also telekinetic, and his default gender is Male if you decide that you wanna be bi/pan.

So, yeah, I have these three, currently. Can you guys help with naming them? I’m sorry, but this is the one part of storytelling that I suck balls at.

A good approach is this:

2: My readers are gonna LOVE pquxvekaoaiqje, she’s quite pretty. jk but I’ll try

I know some people would want to strangle me for saying ‘names are hard’ as my own superhero game has ~120 named NPCs… but:

when you say superhero world: our world/like our world with superpowers or a unique world.

And look at your keysmash there:

It’s like our world, but, with more advanced technology.

And yeah, Vekoa sounds like a good name, for the flirty prodigy, with maybe Vekao as the male/nb version of the name.

Name generators are your friends!
https://www.fantasynamegenerators.com/

Name generators are your friends!

I was about to say that. I often wander though baby name lists when I’m stuck. There seems to be baby name generators for every occasion. When I’m starting stories if anyone looked at my search history they’d probably think there was something I wasn’t telling them. (Writer issues

I used the advice to finally make the names!

I don’t have name suggestions, but you may want to rethink how the third RO’s gender is determined by the MC’s orientation. The idea that bisexuality excludes attraction to nonbinary people is old and rejected by many, if not most, bi people.

It’s a weird practice in ChoiceScript games to set an ROs gender by the MCs orientation that I never understood.

Oh, wait, really? Well, damn. I thought it was

Hmm if I may suggest, how about Jazzy for the first RO, when you described them and their personality I thought something unique would fit and remembered an old movie I once saw and one very unique and animated character was named Jazz, and for the second RO I thought of Malek, I came to that name because I thought it sounded fitting considering the personality and power that the character has, please lmk if you like my suggestions, this is my first time commenting on anything.

Well, thanks for the suggestions, but, I already made their names.

It’s a strange thing, sure, but, it’s understandable. If the ROs have fixed genders, it can be a bit of a problem for some people since they might be attracted to the personality of one of the ROs, but their gender is not part of the genders that they are attracted to.

So I suggest letting the third RO’s gender be determined the same whether the MC is bi or pan (whether that means randomized or always nonbinary).

Thankfully, in terms of coding, I’m at the first meeting with the ROs, so, that can be arranged.

I’ll remove the choice of “fuck both the bois and gorls are hot”, and keep the “FUCKFUCKEVERYONEISHOT” because that one made me chuckle as well when I was writing.

I know “bi” usually means “two” but the meaning of bisexual has changed.

Also, when playing games there’s really no difference between bi and pan (not much difference in real life anyway) because no pheremones are coming through the screen. So it’s all about their personality (unless a player has a wacky aversion to something about their appearance eg they hate ponytails for some reason and your character has a ponytail).

I am bi, so to me it feels quite natural for all my ROs to be bi (also it’s way easier to code), which a lot of writers do because it’s easy.

Changing RO genders to suit player sexuality is a very legitimate strategy to leave options open for all players.

When I’m choosing names, I use baby name lists online, which almost always have meanings with them (which I love), and can be sorted in a million different ways including gender-neutral names, or names with different origins (eg African, Bible names, French names, etc etc)

My ROs in THE FLOATING CITY (which is a HG that’ll be published any day now) are Yunus and Kassie.

Yunus is Indonesian for “Jonah”, and Kassie is short for Kassandra, which is the Indonesian-style spelling of “Cassandra” (in Indonesian ‘c’ is pronounced ‘ch’ so it gets swapped out for ‘k’ a lot when non-Indonesian words are imported into Indonesian).

Cassandra is the tragic prophetess character from Greek (I think) myth who was telling people what would happen, but cursed to never have anyone listen to her. The character in the story has discovered a way to predict a coming disaster, but because she’s a teenager and it’s a very new technology, it’s not easy to get the word out.

Jonah is the one in the Bible who gets swallowed by a whale, so it seemed appropriate both for a floating city story (the ocean features a lot) and for him in particular (he lives underground, which horrifies the main character). It’s a little too on the nose as “Jonah” so changing it to “Yunus” makes it both subtle and more appropriate to the setting.

My ‘history’ of the story is that the floating city was built around 2050 (by Australia, Indonesia, and others), and made up mainly of a mix of Indonesian refugees and skilled volunteers (many of the refugees were skilled too) as the sea levels rose, causing havoc in Indonesia (which has a huge population and a whole lot of coastline). So most people look Indonesian although the floating city is now its own city-state.

A lot of the other characters have typical Indonesian names, like Diah.

As you can guess, I’ve studied Indonesia a bunch, which is why my stories almost always have at least one Indonesian person in them (because I’m white but trying to have racially diverse stories, and I know more about Indonesia and Indonesians than any other non-white people group).

For once I’d like to see a main character just named something completely boring, like Bob. Or Bill. Idk haha