Time Travel and people not liking it

In another thread (no-no’s in writing), there were a fair amount of comments expressing displeasure at time travel in writing. Why is that? Is it to do with the pseudo-science? The complications? Or is it because it removes consequence from a story? Share your thoughts

like someone from the present go to the futur or the past ? that time travel ??

In another thread (no-no’s in writing), there were a fair amount of comments expressing displeasure at time travel in writing. Why is that? Is it to do with the pseudo-science? The complications? Or is it because it removes consequence from a story? Share your thoughts

To me it’s usually that it removes consequences too often.

As with every bit of world-building, timetravel (and time manipulation in general) has to follow certain rules, which have to be consistent. Often that’s not a given, unfortunately.

One can gladly allow for traveling forward and then try to prevent something, or traveling back for a moment and doing so.

But I often see time travel used in the same stale means that are just outright overdone:
When one travels forward and then back to prevent something, bet your buttocks their actions will lead to things.
Traveling back often even ends up making things worse.

In short, often time-travel seems to be a means to increase the length of the story.

The only time travel story I’ve seen that really made sense to me is Asimov’s “The End of Eternity.” Time travel was the basis of the story, however, and not something tacked on to make something happen or to get the author out of a difficult situation!

Time travel isn’t a personal favorite theme to me, but there are some stories that do it well.

Radiant Historia would be an example of a good time travel story to me. You aren’t all powerful with it, since you can only go back to specific points in history, but you also need to travel to different time lines during it all with their own history of events based on the characters decisions. It’s also one of the few games that actively points out if you can travel through time, you can just go back to an earlier point and change the critical point before it happened.

What makes it the catch, is you aren’t the only person capable of changing points either, but finding out who isn’t really easy when they can set events in motion before they occur like you can.

Then Majora’s Mask would be another good time travel story. Yes, you can rewind time. But all you are able to do with it is delay the inevitable and prepare for destruction which ties in excellently with the whole five stages of grief theme in the story.

Chrono Trigger was great if you played it back when it first came out.

Time travel is only good when done properly, which is not the case in many things that i read or watched, is a hard theme to work on im my opinion.

I like time travel quite a bit, partly for the historical aspect. I enjoyed, for instance, Linda Buckley-Archer’s time travel trilogy, which starts with Gideon the Cutpurse—or The Time Travellers, depending on what region you’re looking in. It’s a children’s book (ages 10+, or something like this?) but I had a lot of fun with the history, characters, and themes in it, and the time travel was also woven throughout.

I enjoyed how the CoG title MetaHuman Inc handled time travel, too, and Silverworld as well—two very different approaches, but both interesting.

In short, often time-travel seems to be a means to increase the length of the story.

Good point…maybe it works with a similar rule-of-thumb as what one might use for supporting characters, or player-character skills? Goes best when well-integrated within the overall structure, not just tacked on either for the sake of it or to smooth over holes in the narrative or mechanics.

Time travel just has so many possibilities; I’d definitely be excited to see more works exploring them.

The introduction of time travel in a narrative usually points to a lazy means to get out of plot jam by writers. Cloning and other forms of bringing characters back to life when they are killed is similar. Obviously one of the main ingredients in good writing is developing characters that readers are invested in. Cloning and time travel generally are used as authorial tools to bring back those characters they killed off to get a rise out of you in the cheeseist way possible.

Now that isn’t all cases of course. There are some good examples already in the thread of where time travel is integral to the story. I’ve found though that even in those cases writers tend to turn to the “plot reset button” with even fewer reservations. Terminator is an example of this.

I guess I read different “time travel” books and short stories than others. Most of the works I read are like Harry Turtledove’s Guns of 1861, which is not about bringing any characters back to life but what would have happened if the South had gotten a hold of machine gun technology and how that would have prolonged the American Civil War

Either that or the travel results in a different timeline all together and deviates from the original so much that the worlds are far apart in characters and even some events. Andre Norton’s works about a timeline where Rome survived was groundbreaking in the 1930’s …

I don’t mind time travel much. It’s not a favourite of mine, but i don’t hate it.

I agree with most of the points stated above so i am not going to repeat them, just add something small. 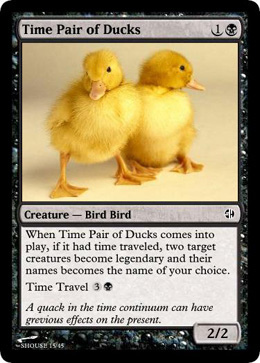 Well if so many people dislike time travel, how come Star Trek and Doctor Who are so popular?

I love time travel and interactive fiction is unique in that it can show the what if paths so much more easily.
that said, I don’t think it is something which should be introduced easily.

Time travel is awesome, but not something to be introduced lightly.

I started writing a story some time ago about a pair of time travelling people vying for the attention of a woman who had no particular interest in either of them (I know, that’s been done to death lol) but I got myself tied in so many quirky knots that I put it on hold for a while. Never did get around to resuming it. Time travel opens up a huge can of worms and when you have two time travellers trying to outdo each other - let’s just say it was a quagmire. I might pick it up again some time… maybe once I’ve forgotten the mess I got myself into

An axiom from a game designer: “If your game has time travel, it becomes about time travel.” It’s the kind of theme that inevitably becomes the centerpoint and shoves everything else onto the back burner almost by definition of its inclusion. Hence, it’s a problematic element even before you have to deal with the can of worms that using it entails.

I have no problem with time travel in and of itself, but it has to be consistent with its own rules. If a supposedly serious time travel story has worse internal consistence than Bill and Ted’s Excellent Adventure (a comedy), then I’m not interested.

For an example: The Butterfly Effect is a story about a man who can travel back to certain moments in his childhood and change his actions then, thus causing a “butterfly effect” meaning that even the smallest change will create a completely different present. The rules are obvious, and made very clear. Except that: one trip back changes nothing (instead being responsible for something earlier in the film, which is closer to Bill and Ted’s rules), one trip back only gives him stigmata (and changes absolutely nothing else), and the effects of changing earlier events in his childhood change nothing in his later childhood (despite the fact that the butterfly effect means that they really should…) At least Deja Vu (which is also bad) admits that it’s breaking its own rules…

I would amend that to “If your story has time travel, it should become about time travel.” It can’t just be used as a get-out-of-jail-free card, but if it’s the point of the story (and is done well), then I’ve got no problem with that.

I love time travel. Mostly because there’s so many possibilities you can do with it. But yup, execution is a nightmare. I don’t know how many times my brain broke just wrangling two timelines that are just part of a simple backstory.

I have a group that regulates time travel (The Timeline Anomaly Removal Department Intervention Squad, aka The TARDIS

) but I have mostly veered away from it in favor of “plot traveling”, as in connecting two different story worlds to move in “time” (so, talking prehistoric dinosaurs to a post apocalyptic world, for example) to avoid any pesky paradoxes.

And yup, I do agree that you have to make it the main focus of the story.

Also I’m salty that one of my profs didn’t even hear me out on my short story just because it’s about time travel. 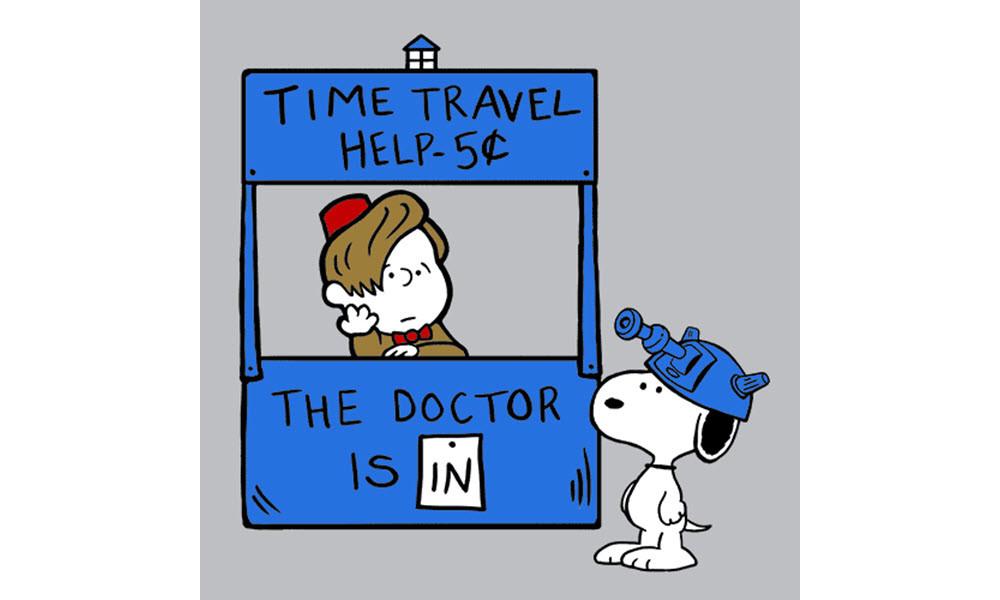 There’s a lot of stories that you time travel incredibly well it’s just many people also use a very lazy. A great example of time travel would be The Man who Folded Himself then of course By His Bootstraps and my personal favorite -All You Zombies- One of the thing the example deals with well is the nature of the paradox time travel causes and question your own identity.