A general poll, and I’m sure it’s been asked before, but how likely are you to choose a given name option as opposed to choosing your own name / using the name of a an existing OC?

Do you feel more connected to the game one way over the other?

For example, using my own name feels much more jarring than using a given name from a list of name options. But if I’m just giving a game a try, I’ll usually choose a random name from a list. If I’m really planning to get invested in a game, I’ll restart and rename my character to something more significant.

I pretty much always use a given name from a list of name options. I think it’s so much fun to see what names the authors chose as suggestions, and often there’s names I wouldn’t have thought of using myself.

I never use my own name, since I never play as myself, but roleplay as different characters unique for each game.

I feel this! Playing as my self can feel like… a lot… I’ve tried before, but I’ve never finished a game with my own name in place for the PC. I still think it’s cool to have as an option, though. I don’t think I’d like playing a game with no option for custom names.

I never even tried, actually; for me it would feel… silly almost. Not saying that the concept of playing as oneself is silly, absolutely not, but for me it would feel wrong. I agree; it’s cool to have as an option. Playing a game without options for custom names wouldn’t be a dealbreaker for me (perhaps I wouldn’t even notice at first glance choosing my name), but I definitely think it’s for the best to have said option.

If the option is there, I will most likely choose one of the names given by the story. It’s more immersive, especially in settings where culture is a theme. If we’re in a Japanese setting (for example), I’d look up Japanese names if I happen to not like any of the options. Anything else would make my character stand out, like they’re a foreigner. Sometimes I do use an OC’s name if it fits the theme.

I don’t think I’ve ever used my own name for a character, it feels jarring to me too. If I want to self-insert, I’d prefer to be more subtle about it, haha.

I never use my own name, even when I play a self-insert. (Self-insert characters get names that are “connected” to me in some way, but aren’t actually my name.) I usually select from the list of options provided.

Ex: I use Anna when I play Wayhaven, but I change it to Rosalind for the Sword of Rhivenia. I’ll use a name off the list if neither of those work, like in Samurai of Hyuga I use Emiko. I don’t know a lot of Japanese names, and it was on the list

Short answer: I’m so lazy (that includes typing) I pick a name from the list, less effort that way…

Imagine if your name is already popular without you doing anything to make it so. Do you really think the last thing one wants is to use it in an IF for more ‘Adventures’?

I’ll pass lol my name is already popular as it is. Not gonna add to it.

Sam is someone in an example: Sam did it but the butler saw her do it and is blackmailing her!

If Sam isn’t an example, then Sam is a friendly-about-to-drive-you-murderous soon AI in a movie, Tv show, or video game.

I just pick one from the list, and if I see ‘Sam’ I run like the dickens

Haha, I’m pretty much the opposite! My name is so uncommon, the chance to see it in any kind of media is novel and exciting! …But it’s also so rare that seeing it any kind of media is bizarre and jarring to the point that it takes me out of things and I’m too busy thinking, “Hey, that’s me??” to focus on the story.

I almost always use a different name. If there’s a a strong cultural component to a game, I try and research an appropriate name. Otherwise I use a name I just like. I have a lot of Roses and Rosalinds, because I think those names are really pretty and I generally play the same kind of character in games.

I do often go with one of the pre-generated last names though, because I’m not super attached to what my MCs last names are.

Not a lot of Anna’s in medieval royalty 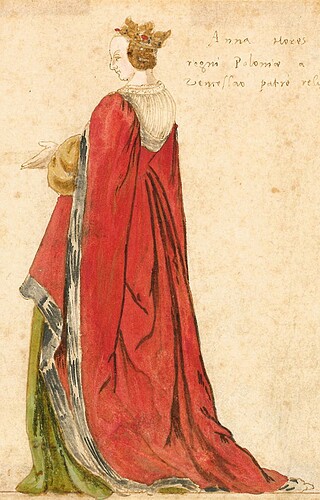 As for myself, I generally pick one of the example names, if any are given (and generally I prefer this); if not I’ll use the name of one of my own OCs, but that can feel out of place in certain settings.

My full name is uncommon, but once you take a few letters away…look at Ms popular!

I miss that blank look so much! '‘What did you say your name was? Oh, That X person…Insert blank look, sorry doesn’t ring a bell’

Funny enough, even if you don’t use your name and use one from the list it doesn’t mean you get to have fun. I remember a game where the chosen name I picked had clones

MC: Gotta find the one behind this before-…
MC1: Watcha got there?
MC2: Saw what happen?
MC: Hey, there can only be one MC and that’s me!
MC1: MC stand for…‘Main character’ right?
MC: Yup and that’s me!
MC1: Good for you, my MC1 stand for ‘Criminally competent’.
MC: oh
MC2: And mine for ‘Mentally Challenged’, not that you asked or anything…
MC: Why not just say the full names instead of confusing everyone sounding the same?
MC1: We don’t sound the same
MC2: Don’t look at me, look at you!
MC: Tired Sigh let’s just save the day…together.
MC1: As long as I get the loot, right?
MC2: Where are we?

I tend to go half and half: Make up a first name and choose a surname from the list. Or vice versa.

I have my own list of favourite names and surnames (divided into categories: ordinary, fancy, ancient, fantasy etc. : D). Usually, I don’t choose those given by the author… Although if I like some name I could steal it and add to my list to use in other game

But that rarely happened.

I love to make up my own names and the opportunity to input custom names has led to me creating long-lasting OCs for my own use. Even if it’s a game I’m just trying out for a bit, I still like to use custom names and just use a preexisting OC.

Generally, I would lean more on choosing the typical comfort MC names that I use, sometimes taking into account the theme and setting of the game. For me, it just provides the best immersion experience; this immersion is the reason as to why I fell in love with these types of games in the first place.

If the setting of the game is close to the common modern or fantasy setting, I have these said comfort names to go-to. I don’t think I have ever used a preset name given ever; aside from that one time where one of the names I use is on the list. When reading IFs that tackle uncommon settings like say, a game based in Persia, I would have to exercise my brain and actually try to be creative for once. I would have to come up with a theme appropriate variation of these comforts name that would sit right with me while reading. The preset names give me a good idea on how to construct these names at least.

Lastly, I feel icky and weird when using my own name in playthroughs. I get weirded out by the idea of these characters I get to know and spend time with saying things like “Oh [[my irl name]], you’re so adorable when you lash out on these villagers” . Maybe it’s for some, but not for me. I feel filthy. I imagine the horrors of a situation where I leave my phone on and a friend accidentally reads a line like that with my name on it. It feels as if I got caught with my hand in the forbidden cookie jar.

I never use my own name. Either I pick one from the list or I look up something that makes sense within the context of the world the game takes place in.

I never self insert, so the character is never me, nor is their name mine.

I usually choose one of the given last names and prefer to use one of my typical first-name choices. If I fully customize a name, “Ash Williams” happens to be my standard for MCs of all genders. It’s a preference born out of habit, I suppose. I also use the same custom name for every silly dating sim I play even though that name is an objectively terrible brain fart that I had about a decade ago. Almost forgot: I named some of my Shepards after TV characters I love. That’s why my Maleshep is called “Craig” (inspired by Dean Craig Pelton from Community).

And yes, I definitely feel more connected to these names. However, that doesn’t mean that I would never choose a given name option. As long as I have some choice in the matter of my MC’s name, I generally have no trouble connecting with them – unless the MC happens to be terribly written.

I normally choose to name the character on my own, Not from the list, but also not my own name. I have one female and one male name, plus one shortform of the male name for NB. I do not care about the setting or cultural Background, since only I read that so its always one of this three names.