So, I’m not sure if anyone will even care or not, but I spent WAY too many hours of my time trying to figure out exactly what the various character creation options did to the stats. I literally tried every possible combination, and I finally cracked it. (In case anyone is wondering, that’s 320 possible initial character builds.) I was able to then list out all the options with their stat increases or decreases, which you can then use to figure out exactly what your stats will be before you choose them in the game.

I am attaching the file as an image (originally a .xlsx file, saved as a .pdf, e-mailed to my iPad, then screenshot to make into a picture, because I can’t get on file converters on my work computer). The only information I do not have on my chart is mana; it slipped my mind at the time, and I do not wish to try to figure that out yet, as I would have to almost do it all over again, unless someone knows the correlation between magic and mana so I can add that in.

I figured if I wanted to know all the stat effects of the different character creation options, others might, too; especially since you can’t see your stats until AFTER you have chosen everything. Please feel free to comment on it if you have any questions or improvements.

Quick explanation of the chart:
The 4 numbers under each option are the 4 stats in the order they are listed in the “stats” screen in the game. So, from top to bottom, they are combat, guile, perception, and magic.

The first line is your base/starting stats, before making a single choice.

When choosing backstory, each of the magic related options (you were extraordinarily gifted, joining the mage’s guild, use magic to climb aristocracy, become champion of gods, combine magic with nature) gives +25 mana. Wandering out into the wilderness alone causes -25 mana.

If you have any magic stat at all, you will start with at least 10 mana.

Wow. I applaud your dedication!

Thanks! It was driving me nuts that I couldn’t plan out my character before staring the actual storyline (I’m a planner, lol), so I worked it all out for myself, but then I got to thinking, “I bet others would find this useful,” so I decided to share. Apparently, at least 21 people do! I’m glad I could maybe help out a few others!

Considering I don’t even know what that is…I don’t know? Lol.

I play on iPad, so idk if you can get at the code on here. But that’s really interesting!

I’m impressed by the sheer effort you put into this! I would never have had the patience to compare all the different combinations. But I also do usually play while viewing the CoG/HG’s code so I have the numbers right in front of me.

I know that it works on Android’s internet browser, so I’d guess it works as well on an iPad’s internet browser:
Start the game on CoG’s main page. Then take a look at the url and delete everything that follows after the game’s title. So with the Evertree Inn, you want the url to end with “/evertree-inn/”.
Then you add “scenes/startup.txt” (or “/scenes/startup.txt” if you’ve deleted the slash):
/evertree-inn/scenes/startup.txt
Now you should see the startup.txt file for Evertree Inn in your browser!
You can see the names of the chapters in the scene_list at the beginning. Those with a $ in front of them are locked, so you’ll have to ask the CoG support to unlock the game for an e-mail address you used to create an account on the CoG web page (not the forum’s account) by sending them a copy of the recipt.

It’s an app from the App Store on iOS devices; I don’t think you can play them on the browser. Actually, I never knew you could even get them any other way BUT an app until just ver recently. My mind was blown! My receipt is an Apple App Store receipt because of this, and, as I said, I’m not sure it would work on iOS. But, then again, I’m not even sure HOW to play in a browser. I’ve never made a COG account, because all my purchases are through the App Store.

I assume that your device has a web browser installed which you use to go online, independent from the app-store. Safari, perhaps?
Apart from this forum, CoG has another website where, among else, you can find information about the ChoiceScript, all the Choice of Games (“Our Games”) and all the Hosted Games ever released:
https://www.choiceofgames.com/

This is the direct link to play Evertree Inn in the browser: 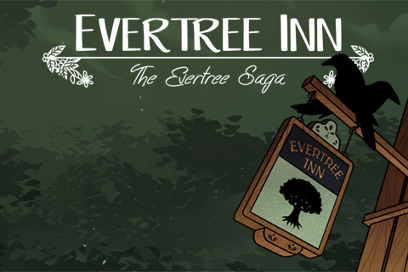 Check-in to this magical tale of murder and mystery! Can you uncover the secrets of Evertree Inn and become the hero, or will it all end in blood?

From this link, you need to replace the part starting with /#utm with /scenes/startup.txt to get to the startup.txt file in code form.

If you haven’t bought the game directly via the website or unlocked it, you will be able to ‘only’ play the demo part of each game.
If you would like to see the entire code of the game, you will need to unlock the game on the website. To do that, you need to do what CoG calls a ‘purchase transfer’. You can read more about that here:
https://www.choiceofgames.com/transferring-purchases/
To do that, you need to create an account, which is a rather easy step:
https://www.choiceofgames.com/profile/

Then you send an email to the support address given at the end of the page I just linked about purchase transfers and ask them to unlock the game you’ve purchased for the email address you’ve used to create your account. You have to send a copy of the purchase receipt with the mail. You’ll receive a reply once they’ve done that. Then you can login to the website and play the complete game and look at the complete code whenever you like.

I may have to do that sometime. Thanks for the very detailed instructions! They’re PERFECT for if I ever choose to do that, especially as I do best with step-by-step instructions like these. My curiosity just might get the better of me sometime soon!

Also, I’m not sure WHEN I bought any of my COG games anymore. The last time I bought one was well over a year ago, so I’d have to wade through DOZENS of receipts to find the ones for my COG games, as I can’t even remember which was my most recent purchase, or even a general timeframe. But curiosity will most likely get the better of me sooner or later, so at least I now know how to see the code!