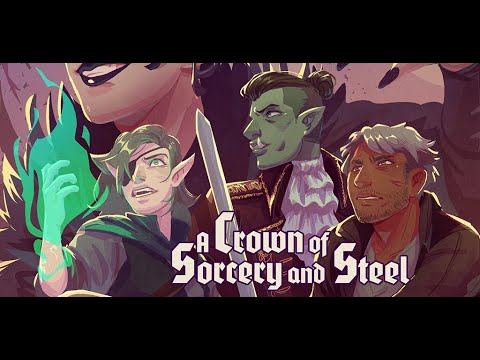 DEMO:
A Crown of Sorcery and Steel 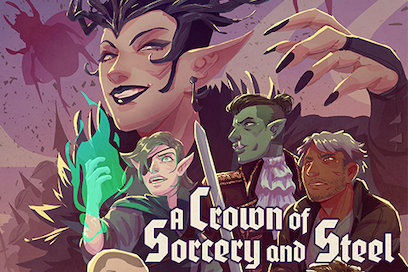 Author Interview: Josh Labelle, A Crown of Sorcery and Steel

Will you overthrow the queen and her clockwork iron army, or join her as a spy? The relics you recover from the elven dungeon will change the course of history! A Crown of Sorcery and Steel is a 45…

I am so excited for everyone to get a chance to play this.

I played this game for the first time when it was still in development, and I recognized immediately that it was something special. It’s a world that will feel broadly familiar to fans of D&D/Tolkienesque fantasy, but it’s very much an original work with intricate worldbuilding. All four backgrounds feel nuanced and true, with thousands of years of history and culture and, naturally, conflicts and ingrained prejudices. It’s a world of tremendous storytelling potential, and I hope Labelle will consider telling many more stories there.

The characters are delightfully complex, with intricate story arcs of their own. This is one of the best games I’ve seen as far as making me feel that the characters had interests and goals of their own outside of the PC and even outside of the central quest. I really came to care about every member of my party, even the ones I couldn’t stand at first. They’re each flawed and often difficult, but it’s beautiful to watch how they grow over the course of the story, due in part to the decisions you’ve made. The romances are tender and playful, and since they develop over the course of several months, the love feels very real. (I was glad to learn in this interview that Labelle especially enjoyed creating Khattya - in a world of amazing characters, she was always my favorite.)

I hope this game will be as epically successful as it deserves. I’ve definitely done more than a little to stir up interest - I’ve been recommending it with enthusiasm since before it was finished - and I don’t see how anyone could be disappointed in a story that has so much going on. I’m thrilled to finally have the chance to add it to my collection - even after multiple playthroughs there’s still so much I’m eager to try.

Congrats to the author, was eagerly waiting for since the demo came out, much appreciated

We haven’t really been advertising it, but you’ll see that we’re starting to include character portraits in some of our games…I think the ones for Crown of Sorcery and Steel are very fun.

I’m so happy to hear that! I think a good character portrait can really enhance the game and especially help kick off romance threads. With only text, it can be hard to appeal to a broad audience, especially within the abbreviated confines of a single playthrough. Without them, I tend to leap to a mental image of an actor with the nearest proximity to the character described, and I imagine it’s often inaccurate to the author’s intent and/or not attractive as a romantic partner.

Plus, I’m happy to give good paying work to visual artists. Here’s hoping we can have more character portraits in more games soon!

A game where I can be a gay wizard who smooches orcs? I’m sold

We haven’t really been advertising it, but you’ll see that we’re starting to include character portraits in some of our games…I think the ones for Crown of Sorcery and Steel are very fun.

Are these toggleable or always on? I am pro portraits and employing illustrators by and large, but I also tend to like imagining what the characters look like by description alone. Letting myself imagine is one of the large appeals to me of the interactive fiction format, so it’d be nice to have a degree of control over it.

Making them toggleable is a great quality of life suggestion that I regret I didn’t think to implement for ACoSS. I’ve noted it down as a suggested improvement though, as I totally agree that imagining versus wanting a more concrete image can vary based on preference.

That said, I love these character portraits in that they have a very distinct style. I hope they’ll be taken as one interpretation of these characters visually rather than the final word on them.

Thank you for this delicious meal

The synopsis sounds so good. Can’t wait to read it!

The game is 450k words but on steam it says 300k in the “about this game” section… That should probably be changed.

Games already out at least here 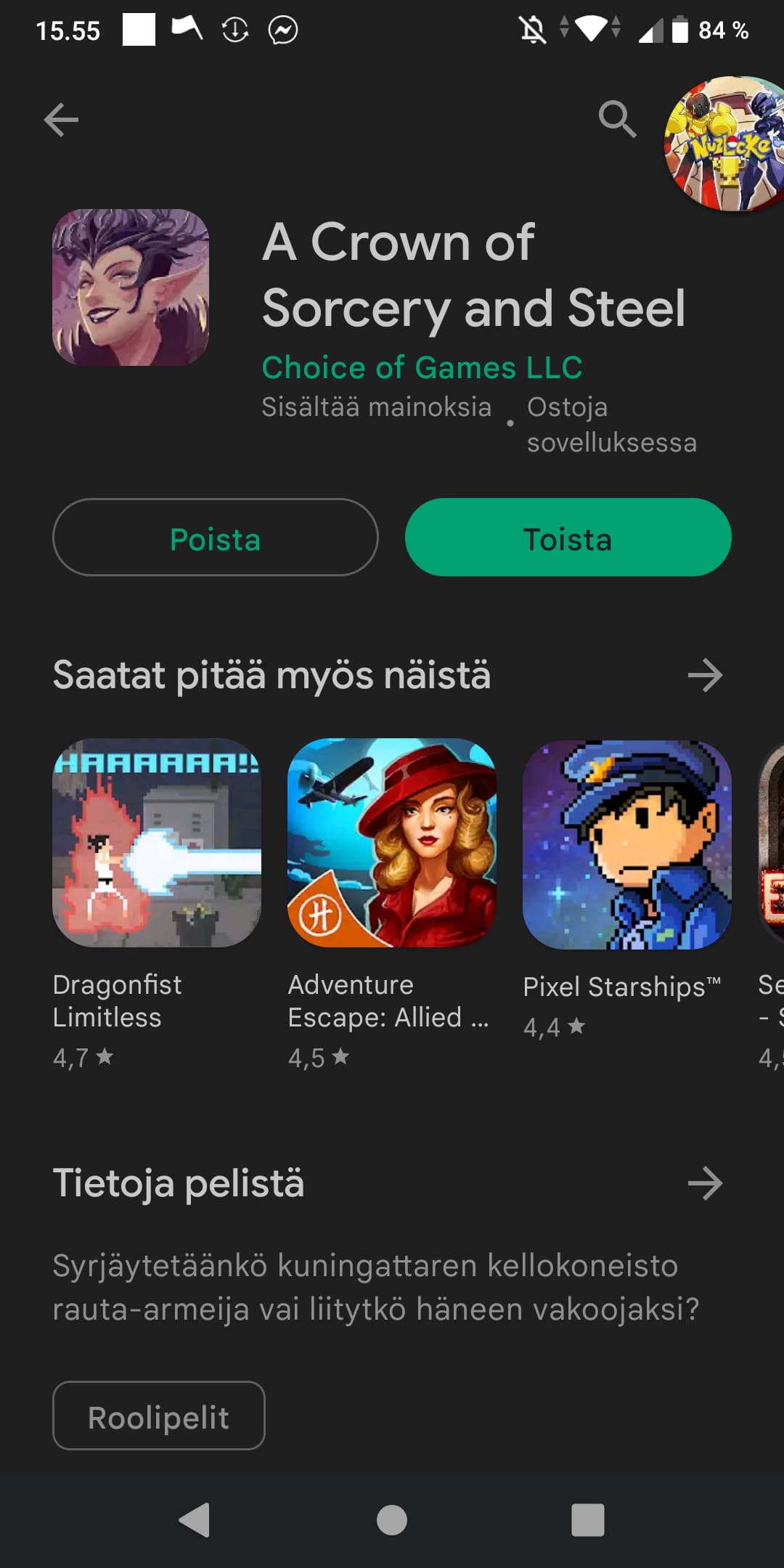