I made an account just to reply to this. I kept trying all the routes in the demo. Absolutely excited, it’s so wonderful xx

This was awesome! I was so sad when it ended but I can tell that the rest of the story is going to be amazing!

That was an awesome game! very fun, love the characters, and was sad when it ended-I know the rest of the story’s gonna be great! I love both Johnny and Roach, all very realistic characters

Hey gang, how have you been? This is a post to let you know how the beta’s going.

First of all, sorry for being so silent lately, my dumb ass thought that I would have more exciting news next week, and then that didn’t happen, so I thought the week after that one would be it, and then it wasn’t, and then a whole month went by and I hadn’t made a lot of progress.

At the moment I’m stuck on the beta stage 0.2–my beta testers have done a great job pointing out the stuff I should rework and what needs tweaking to make The Passenger a better game, now I need to sit my ass down and actually write. Thing is, I’m going through one hell of a writer’s block, so I’ve been trying different stuff to work around said block. At first I tried tackling another story I want to write, and that sort of helped, I guess. I do like the first line because it has a good hook: “Collecting your fee is, without a doubt, the best part about making pacts with humans”. I mean, if I read that I would be intrigued (even if it’s a wonky first line

Then, out of nowhere, I had an idea I had to write–nothing interactive fictiony, just a scene that popped in my mind–and that idea just flowed through my fingers, taking me like 30 minutes to write. It was fun and it made me realize that yeah, that’s how writing is supposed to feel like. No shit I’m stuck, I had completely forgotten how much fun I had with this.

Now, since trying to go with the flow hasn’t done anything for me, this is my new plan: I will attempt to finish the fixes before christmas–talking about a nightmare before christmas. I’m hoping setting a deadline will force me to finish. It’s quite obvious that TP will be published on 2021 anyway.

So yeah, this is why I haven’t been around. I want you to know I’m really glad you keep sending asks on tumblr, and I’m happy the hype hasn’t gone away. Thanks, gang. I promise I will answer asks once the game is on its way to publishing. There’s a bunch of interesting scenarios/char reactions in my inbox…

Roach keeps reminding me of power from CSM and i’m not sure why. 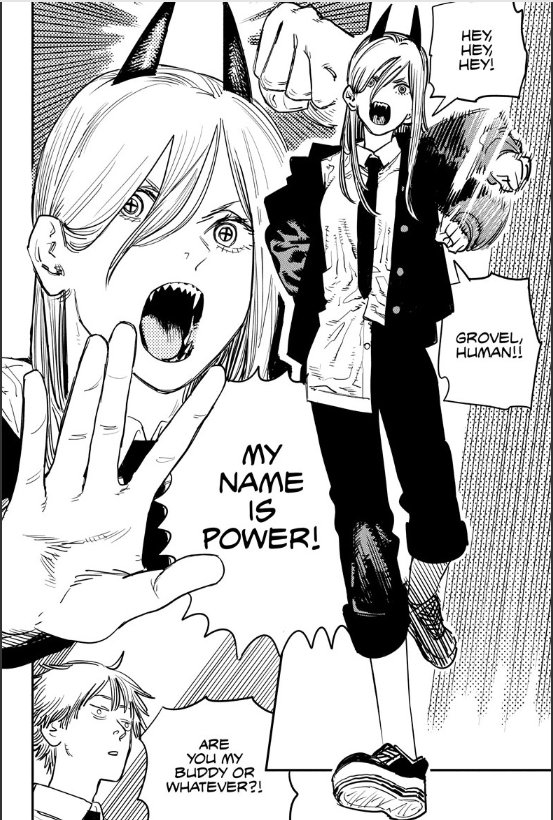 Anyone else imagine jonny saying “newmen” like jerry seinfeld?