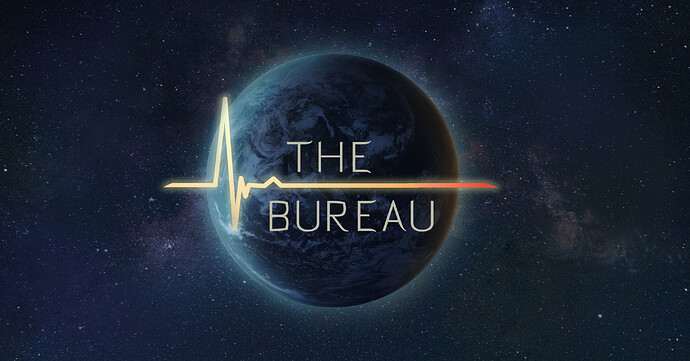 Hey all! I’ve lurked a bit on the forums and I’ve been working on this first chapter for maybe a month and a half now. It’s my very first attempt at a ChoiceScript game, and I haven’t written anything in recent years except TTRPG character backstories. I’ve always wanted to write, and I’ve always wanted to get at least one of my stories out in hopes that it could make someone forget about their problems. Please feel more than free to leave any feedback or bugs that appear, because I always want to get better. That being said; I hope you all enjoy Chapter 1 of The Bureau!

25 years ago, there was a shockwave that erupted from the center of the earth, genetically changing an entire generation of people. We called this mysterious phenomenon “The Pulse”. Since that time, there was an agency called The Bureau that was established to deal with important or urgent matters regarding the “Gifted” as we called them; the people affected by The Pulse. You were just being born as The Pulse was happening, and now, 25 years later, you find yourself joining The Bureau.

In a world filled with grief, love, mystery and murder… what story will you carve out for yourself? Where will you end up?

I realize there’s not as much focus on the MC in the first chapter as there probably should be, but I really wanted to make the first chapter about solidifying all the different characters and letting the reader get to know a little bit about all of them. Thank you again everyone for checking out, or even considering checking out my WIP! Hope you all have a wonderful day!

Currently it’s 2+1/3 Chapters and 423,568 words words in (excluding commands and extra scenes), and I plan on updating every time I complete a scene. It’s about 38k words per playthrough as of the most recent update!

Everyone, the official cover art for The Bureau is ready! Major thanks to ALEXSHU for putting this together for me. They’re a great artist and very accommodating to the changes I asked to earlier drafts, so if you’re looking for a cover art for your game I couldn’t recommend them enough! Here is the post I discovered them on ~ALEXSHU~ Illustrator for your story

Once again, thank you so much @alexshu for the amazing work!

Does the mc have abilities

They do! That should be explained in interview with Elizabeth/Arthur, but it was really brief. Basically, their mutation is to weaken/nullify the mutation of other people via touch!

You know what, I don’t see a lot of people giving credit to how useful - and low key terrifying – Power Nullification can be and I’m really glad that you’re using that as the MC’s ability. Like can you imagine being dependent on your powers for a long period of time and then boom, they’re gone?

I really want to see how you would write that in future chapters and I look forward to this! It sounds really interesting and I can see it going somewhere. Good luck bro!

I know, right?! There’s some really interesting interactions that can (and will) happen with it for sure. I’m glad you enjoyed the first chapter, it really means a lot!

Oh, now I’m even more excited. You’re going to get me too invested.

Interesting premise. And fun. Be interesting to see what is next in store. One request on my part would be a save/load option.

I really like this, but one thing I chose my MC to have a more cold personality but the dialogue responses all seem for a friendly or playful MC.

The demo was cool, but I think it would be nice if we’re able to choose whether the characters will have the same gender or not, since almost everyone except the MC being the same sounds a bit weird.

Noted! I will work on implementing colder responses for more variety. I’m glad you’ve enjoyed it so far though!

I’m a very amateur coder, so I will eventually attempt to figure out the more technical aspects of things, but I think I’ll do that after I finish writing the book. I will definitely look into this though. I’m glad you enjoyed it so far!

I totally get that, unfortunately I kind of wanted to keep it a bit more simple on the coding side with not too many variations of the same scenes. I get what you’re saying though, it can be a bit jarring. Thank you for playing the first chapter and I’m glad you enjoyed it so far though!

Nullifying someone’s power through touch is cool. Though I would find it far more terrifying if someone could do it to a group of people and not just the one they are touching at that moment. Nothing to overpowered say maybe a classroom sized area around them in which mutations/powers do not work. Imagine being a superhero in that situation. YIKES

I think your writing is nice, the story flows nicely.

I just noticed though that there are mix ups with the characters’ pronouns. I chose men as preferences but sometimes female pronouns appear in place

Thank you so much for letting me know, I will rectify that very soon! I’m glad you enjoyed the first chapter!

Update: All the pronoun errors should be fixed and you should be able to play through properly now! If you find anymore that may have slipped through the cracks please let me know and I will fix them as well. Apologies for the errors! 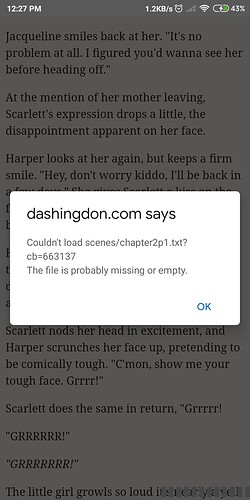 @ViIsBae I presume that this is the end of the demo? Regarding the game, I really liked it. The pace, character interaction and your style of writing was very descriptive and entertaining to read. I look forward to getting to know the MCT team better? Are there going to be any other new characters? And also, which of the characters are ROs?

I know that this story is still in a very early stage, but how many romances will there be for the MC?

I am liking the story so far . I want to find out more about the other members also I am guessing jackie is a Ro