Which genre do you feel is underrepresented?

There is one series by another publisher called Delight Games. The title is called Detective’s Choice. 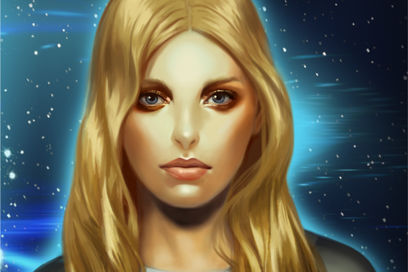 Explore the planet of nightmares with your small team of warriors. Retrieve a powerful artifact from the claws of adversaries or die trying.

If it’s the first one, that would definitely be a Drama, you know something set in the modern day with the stake not at all too big. Rhe second one would be Fantasy and Sci-fi (steampunk actually), people seem to just mix those two up. The third one definitely is drama, I’ve not yet encountered angst-worthy inner dialogue that would represent this genre well, Choice of Robots was as far as it went (not to say it wasn’t good, because it is).

More musical dramas would be nice

I think mysteries are fun. I’d be willing to give a chance to games who go to more specific genres, like what Mecha Ace does, instead of inhabiting a more general space like “sci-fi”. Comedies would be fun too. Old-style Shakespearean tragedies sound interesting, but I guess these would be really hard to do.

But if there’s one thing missing from CoG’s catalogue, it is the crazy, inventive Modernist novel. I mean, come on, we’ve had medieval adventures, romance stories and fantasy epics, it’s time for someone to take the medium to strange new heights.

If you want strange (or different, I should say), you can always read my WIP.

As far as underrepresented genres, I think mine would represent the genre of “game” the most.

Maybe Sports?
I’d like to see a soccer game where you grow as a player and try to win the champions league or something

The weird thing is, I’ve posted an idea of of a football/soccer game as part of my interest check, but not a lot of people have swarm over it as I don’t. Probably has something to do with my other ideas I suppose.

Hence, under-represented. And then, ppl won’t see much of its kind of genre; it won’t popular.

You see, the satanic circle goes on.

I would say something similar to “Stardew Valley” (I think it’s called slice of life?). Being embedded in a small close knit community. No devastating force to overcome or villian to defeat, just figuring people out around you and just connecting as humans.

Not a genre so much as a style/tone of writing, but I feel we could do with some more lighthearted/comedic pieces around here.

This I very much agree with. I don’t mind the overabundance of other genres, but I feel like more often than not they have a serious tone/mature themes. I always appreciate it when there’s humor or silliness involved, although… when it becomes the focus of the story I tend not to enjoy it as much.

I generally don’t want to read dark and sad stories. There’s always the news for that.

It’s not really a “genre”, but if you look at the list of tags there isn’t really much in all ages fiction. I mean, I get that it doesn’t have as much of an audience, but I’m young at heart so I feel disappointed that it seems to be overlooked. People seem to be more interested in “more mature” stuff (not that I dislike it necessarily).

I mean, just look at my WIP.

Anyway, I agree with the slice of lifey stuff too. There’s a certain appeal to it–everyone wants to do awesome fantasy things, but there are other things you want to do or experience in real life too (or a story in a realistic/modern setting).

Even other genres can use a few more slower paced scenes.

But wait. I haven’t read any choicegame with meta as a genre. I love that kinda stuff, so to see it in a CoG or Hosted game would be awesome.

What do you mean by meta exactly? Well, in my WIP the characters will eventually discover the fourth wall and the plot will revolve around it.

@Franzinyte What do you mean your story HAS a fourth wall to begin with ??!

@MeltingPenguins I guess you can call it Medium Awareness, or whatever, but I like that term better. What else do I call the “barrier” anyway? You can think of the screen you’re reading it on as the wall.

@MeltingPenguins I guess you can call it Medium Awareness, or whatever, but I like that term better. What else do I call the “barrier” anyway? You can think of the screen you’re reading it on as the wall.

Oh, I should have clarified:

You have a fourth wall for them to discover to begin with? I just blatantly let the narrator and MC banter from the start.

I’m writing in first person, so no fancy narrators. It will also be a big part of the plot, not just occasional mentions. In fact, in replaying the game, the MC will be (optionally) subconsciously aware of it right at the start.