What is the scariest concept you have come up with for a story?

This isn’t a story concept for a COG game but I once wrote a story of how Miss Piggy would kill all of my family because apparently my family killed Kermit’s whole family because my family was a Muppet hunter. So Ms. Piggy took revenge on Kermit’s family by killing my family and i was spared from it because she wanted to scar me for life and have me live through all my lives knowing i couldn’t do anything to save my family from Ms. Piggy’s wrath.

I was 7 when i wrote that plot in my little pink diary.

That story is far less frightening than the age of its author and where it was written.

I once hosted a role playing forum, which was set in a dark reality setting, where one of the characters was a murderer. The playing characters were mostly really unhappy people, one of the stories there involved finding clues to the killer. Never wrote so desperate chars and the other players also dived deep down in unhappiness, but it was quite fun to write.

I’d say your description of Slow-Harrowing and the Xaos-Lands are pretty damn scary.

I know how you feel. I sometimes scare myself too.

which was set in a dark reality setting, where one of the characters was a murderer. The playing characters were mostly really unhappy people, one of the stories there involved finding clues to the killer.

That is a very interesting and intriguing concept for a mystery, horror/thriller, sherlock holmes type of game tbh. 10/10 would definitely love to have tried it if you ever made the game. But now there’s a WIP by the name of Mass Mother Murderer, i believe, where us, the MC, are THE murderers. Haven’t had the time to play through it yet but it seems really fun

Horror writer here so… a lot. One of my squickiest short stories (for me personally):

Vine video that infects vulnerable people with the urge to cut up their tongues into strips (with scissors) so they look like worms wriggling, then sit stock still with open mouths aimed towards the sky to attract birds so they can chomp down on them and devour them.

That could be a story, right?

That could be a story, right?

Honestly that sounds like the seed for an interesting psychological horror story. Maybe mixed with a dash of absurdist humor.

I’d say your description of Slow-Harrowing and the Xaos-Lands are pretty damn scary.

We’ll see if the Unquiet Dead can top that. (And thanks!)

Cults. Cults scare the sweet baby jesus out of me. Imagine being apart of a respectable sized town and people start being killed and no matter what you say, no one believes you. You begin to fall into madness, are these murders real or is it just your mind playing tricks. But there is evidence! Or is your mind connecting things that arent there. Tuen after you find the killer, the cops arrest you instead, and all put evidence against you saying your insane and you get locked up. But you swear it was real, or was it? How is this about a cult? When I think this. I think Jones town. Everyone worships the same god in the shadows, and work together to keep it quiet. Even condemning someone to insanity. Freck, cults terrify me and I’ve seen some spooky stuff

Horror writer here so… a lot. One of my squickiest short stories (for me personally):

Vine video that infects vulnerable people with the urge to cut up their tongues into strips (with scissors) so they look like worms wriggling, then sit stock still with open mouths aimed towards the sky to attract birds so they can chomp down on them and devour them. 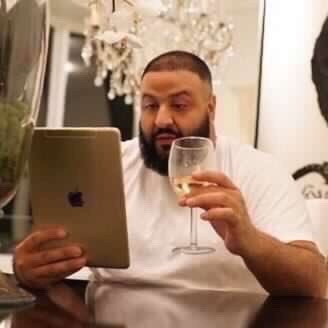 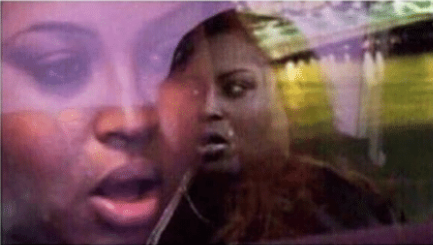 Scariest thing?
I’d say people thinking you’re worth less or that you don’t deserve to live just because you don’t fit their idea on how you should be…but this is not the Politics Thread…

The voices in your head keep telling you how much of a looser you are and how you’ll never be good enough and you’re just tried from it all.

Substance abuse wasn’t the smartest thing you’ve done and your parents wouldn’t be proud, but you’re already such a big disappointment to them. At least it made the voices stop talking. You couldn’t remember the last time you were sober.

One night you felt a weird sensation on your legs and by next morning you were unable to move them. The rest was a blur. Something about continuous alcohol overdose damaging your nerves or something. And things only deteriorated from there. The damage done to your nerves would only advance and soon enough you could no longer move and had to be permanently confined to that hospital bed. There were machines that kept you alive though you wish they didn’t.

There was nothing to distract you from the voices in your head. There were there every second of your life. By the time death finally claimed you, you had long given yourself to insanity.

Why did your mother even give birth to you?

Yes, but have you considered saying “You too” when a waiter tells you to enjoy your meal? Like…How do i disintegrate into thin air?!

I apologise for double-posting. It won’t happen again, but i have to say this.

There was this girl. She came out and said her ex boyfriend had abused her both psychologically and physically. At first they wouldn’t let her testify. She walked into the police station (this was all recorded from her phone) and asked to report her ex. The policemen would be okay with it until they heart who the ex was. It was the son of an important politician. Upon hearing that, they would flat out refuse to ler her talk and kick her out saying she’d better not make a big deal out of it or that they couldn’t help her.

Then, some police officer left our country and, only when he was counties away, he made her case public. There was concrete proof-from threatening text messages to the pictures taken of her body marked with cigarette burns and large hematomas all over her body. Even the doctor who had examined her said the violence was almost inhuman.

Yet our legal system didn’t see it necessary to arrest her ex, demanding he was still innocent since the court hadn’t taken his case yet. It took rioting from the people on the streets for them to arrest the ex.

A few days later and guess what! The woman came out saying she had been lying, that he hadn’t abused her and that she simply “fell” and would accidentally burn herself with cigarettes because she “was too clumsy” and that “the doctor was wrong and exaggerating”. It was obvious she had been threatened into silence. How can i be so sure? Someone blew her house up. TNT in the middle of the fucking day. Luckily, no one was harmed as they were all out to work, but the message was clear. Talk and you’re dead.

Now, this. I find this terrifying. Because it happened right where i life, less than a month ago. Because money and power can buy you human lives wether we like it or not.

Hello there! I’m from Europe! Nice to meet you!

Going in an adventure with your friends and forget to pay your taxes. The scariest thing I ever heard as an adult.