Damn! This is some pretty advanced stuff!

We’re on the way to rebuilding Might & Magic in CS…

I was thinking of all the old AD&D licensed games made by Strategic Simulations way back in the 80s and 90s.

I still remember their sweet manuals. Those were the days.

I was definitely getting a Castle Wolfenstein sense of deja vu. Showing my age. 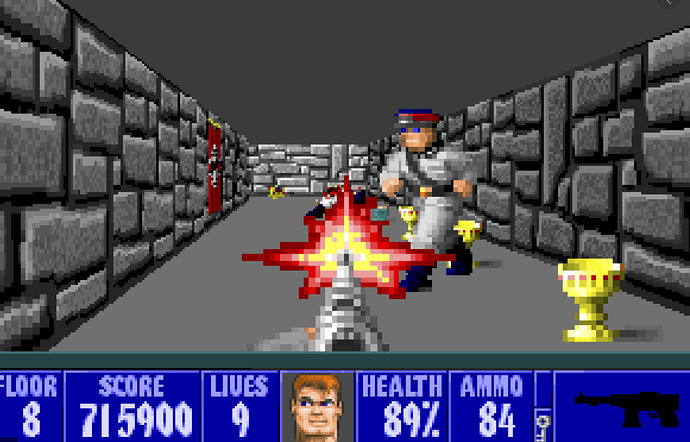 Hi there. Thanks for your enthusiasm. We had fun building it. I really enjoy seeing how far we can push CS.

@Wiwyums happy you like it. Those books had some really creative tricks: I remember a Dracula story where you could be either Dracula or the hunter. It would be incredible to have a multi-player story like White Warlord/Red Baron - two people playing a COG game in parallel. BTW, does the PDF link work for you? I’m sent back to the list of books.

Thanks @sam! If you want to see some of my other interactive experiments, look here:

Dracula’s Castle! I haven’t thought about that one for years. Just looked it up on Amazon and it seems the cheapest used copy is selling for £143 so I probably won’t be reading it again any time soon…

Is there any way currently you could set up a multi-player ChoiceScript game? I’m guessing you’ll know if anyone does.

You’re quite right - the PDF link didn’t work. I’ve edited it to link to the page from which the PDF can be accessed.

By multiplayer, did you guys mean something like this?

I’ve had the fortune to own (and play) this game book before, and can attest to its fun…so long as you play it blind.

The major downside was that anyone playing often enough would eventually memorise the codewords whether they wanted to or not, but that’s something that going digital will solve easily enough.

I loved those Duel Master books. I never played the first one but I still have a battered set of the fourth - Arena of Death. I played it a lot with my brother when we were kids and I remember we did have the issue you mention - he was especially good at remembering the codes!