Welcome to the forum!!

We have angst and fluff… and other stuff.

I have a feeling there are a lot of you guys in solely in one camp that you can create a soccer team or two out of that. Me, I’m neutral, because I tend to experiment and experience all the different romances, since they have their certain hooks.

Me too. I mean, I may have a favorite after one moment but then sera will do something and I’ll fall in love with the other RO. So I generally tend to enjoy all their romances (except N is just ahead by a bit) but I believe @Magiller wasn’t trying to split the RO fans into different teams, but find out what @dragonwithin15 favorite was so that they can connect with other who also share that favorite or perhaps @Magiller wanted to see if they both had the same tastes.

And I’m the Lone No-mancer. Patrolling the empty halls looking for content that is about the plot itself. Watching forever in the darkness.

Based on first impressions how it looks like Unit Bravo sees my MC: 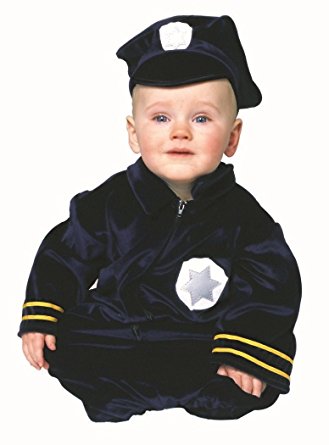 How my MC sees them: 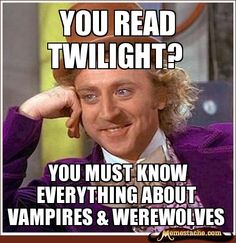 Hahaha, wow. I def have my favorites. I’m a fan of N and F the most but this is the first book I have ever read that I romanced all of them at some point. I usual find one that I’m drawn to but all of them are just so darn interesting.

I was originally taken by A and F but realized my detective is far too much alike A to really have anything meaningful.

F is great as I think she’ll be a great counter to my stoic detective, but N. Dear god N is just so genuine and kind (it’s really hard not to romance her everytime since I think I need that irl @.@) XD

As for my backstory (not that you asked), I’ve played cyoa before, my favorite still being choice of dragons and og choose your scare goosebumps, but I think this is the first true romance I’ve played.

Ive played Japanese visual novels before but most of the time I was annoyed by the choices.

Wayhaven however has been extremely pleasant as I can really have the personality I want, which is exactly what I need.

I’m so happy to have stumbled upon this gem.

@GenecoInheritor Would it be wrong of me to ask what you hate about each member of UB or UB overall?because your the only one i think is in this forum for the story not the characters or ros.

(i admit when i first played this game, i had skip the introduction and the reveal scene because they made me angry, i don’t know if I’m the only one who hated those scenes.)(but i end up liking the characters way better after seeing the author’s tumblr asks)

Welcome to the thread!

Have you played the love triangle route yet? Beware of the angst when you do

A can handle a lot of pain

What a useful ability to have in a battle

Have you played the love triangle route yet?

I loathe triangles. More power to those who can handle all that drama though XD

You are not alone in this one, I think we have a club about “nope, not playing that monstrosity”

A common opinion regardless the love triangle is, a lot of us will play it once all the books are out, so we can make it quick (and very painful, lol)

a lot of us will play it

For someone who’s is not American, I shall plead the fifth.

but N. Dear god N is just so genuine and kind (it’s really hard not to romance her everytime since I think I need that irl

Ah, you are a N addict as well? Can’t play the different routes without flirting with them at least once XD.

Have you played the love triangle route yet?

I loathe triangles. More power to those who can handle all that drama though XD

Good choice, if you feel you aren’t emotionally ready then… Yeah its probably best and- Oh do you hear that? I think it’s people heading off to play the LT route

So I just saw this adorable article, and I can so see our Felix doing this too

That is so precious.

Felix got so excited. (Pretty sure our Felix would get like that too).

Basically my detective was trying to live her normal everyday life then they showed up oozing typical vampire arrogance. Like if they were evil they’d be the guys from the Donor WIP. They treat the MC like a child disrespecting them and the one/s that are “friendly” seem patronizing. Then to add onto this problem there’s the additional resentment that comes from being local police and the “feds” come to town to over rule you" and THEN they’re assigned as your babysitter which is condescending in and of itself.

and the one/s that are “friendly” seem patronizing.

They treat the MC like a child disrespecting them and the one/s that are “friendly” seem patronizing.

A is definitely an asshole to begin with (and my MC tells him so to his face every chance she gets until she finally learns the truth), and M is just rude (but, somehow, it doesn’t bother me, because I totally get him), but I disagree about F and N being patronizing.

Well, I disagree about F being patronizing–he’s about as far from patronizing as you can get. He may be a bit shallow about some things (seriously, F, stick your opinions of my dark apartment up your butt, though I do share your opinion of that piece of shit car), but he gives the MC more credit than any of them and assumes the detective is just as competent as any of them. My main MC (M path) ends up looking at him like a kid brother, because he’s very much a big (and old) kid.

N… I don’t think N means to be patronizing. Yes, they are somewhat patronizing, but I think that stems from them being the team ‘mom’ and both looking out for everyone and keeping them in line. N is no more patronizing to the MC than they are to F and M (constantly reprimanding them for behavior and language). By the same token, N is protective of both F and M, and starts showing that protectiveness toward the MC (romanced or not, though in different ways) early on. It’s a mom thing.

Then to add onto this problem there’s the additional resentment that comes from being local police and the “feds” come to town to over rule you" and THEN they’re assigned as your babysitter which is condescending in and of itself.

I agree with this. My main MC wanted to tell Rebecca to shove her team and her attitude up her ass as soon as she came in with the “you have to use my resources” blah blah blah. Fuck you, lady. I blame the whole babysitting attitude on her, too. Had she approached the situation differently, UB might not have been as condescending as they were from the start. Even after Murphy is caught (or not, if that’s how your MC rolled), Rebecca has a shitty attitude and a controlling superiority complex. At the beginning of book 2, my MC could’ve happily smashed Rebecca’s skull in with a brick after she rubbed it in that the team (which you were supposed to already be a part of at the end of book 1, but somehow got cut out for two months) is there to protect and ‘watch’ you. She’s demeaning, rude, and, to put it bluntly, a control-freak bitch, so it’s hard to blame UB for having a shitty attitude toward the MC when they’re so used to following her lead and that’s how she treats her own daughter. My hope is that the team will gain respect for the MC through the MC’s actions and the hell with Rebecca. God, I hope she dies in book 5…

Comparing mothering techniques between Rebecca and N, N is a way better mom than Rebecca could ever hope to be. After all, N was the first one who wanted to be honest with the MC and saw the danger of keeping the MC in the dark. Had it not been for Rebecca’s dumbass orders, and A’s determination to follow orders no matter the cost, the MC would’ve learned the truth much earlier. Furthermore, the MC would’ve known who Murphy was as soon as they laid eyes on him and the whole damned situation could’ve been avoided. But no, Rebecca believes in lying and hiding shit because she thinks she knows all. N recognized the danger in it all, and was proven correct. Too bad they aren’t the type to shove Rebecca’s nose in it, lol.

I can’t remember which game it was …wait I think fallout 3. When paladin cross asks you about your father. One of the options which I’d use to speak about Rebecca is “He died as he lived a selfish asshole”

Hopefully, you’re right. I want her dead and out of the MC’s life. She’s a horrible excuse for a mother. Her attitude puts the MC in a great deal of danger… repeatedly, and she never learns from her own stupidity and refuses to treat the MC like a competent adult.

But I think it’s only a seven-book series, not nine.

wait I think fallout 3. When paladin cross asks you about your father. One of the options which I’d use to speak about Rebecca is “He died as he lived a selfish asshole”

I remember that quote, and it was definitely a Fallout game. It’s very fitting of Rebecca.