Okay so I know this is gonna sound a bit outlandish but just hear me out this is my theory on A’s background, now while some of you think they have been around since the 1800’s or so I take it back even further and say around the late 8th century to the late 11th century cause this is around the time that vikings were also around and yes that does mean I think A might have been a viking because not only were vikings big on order amongst their ranks (one of A’s favourite things) they also were the first to have females in their armies as shield-maidens now shield-maidens were absolute badass warriors but they were also extremely tense outside of combat (viking men were also like this) not to mention that A has a lean, solid build which is pretty much a requirement to be a soldier of any calibre especially vikings.

Now as where they got the accent from is another matter all together my continued theory is that they eventually found their way to over to Great Britain most likely to assist in numerous cases (with the agency obviously) including the Jack the Ripper case which happened around 1888 (if you want to continue with that) who actually turned out to be a werewolf or another vampire (mainly because of how gruesome the deaths were) and that’s why it was never “solved”, also they would have a lot more time to mature rather than having only 148 years or so (sorry, not sorry but it’s true) also probably more than enough time to harbour a certain hatred towards certain humans.

That said this is just a theory (more like a head Canon but whatev’s) so DO NOT TAKE THIS SERIOUSLY unless this turns out to be true than (yay me I guess?) not that there’s even a remote chance that it will be just thought it would be cool to have a viking vampire cause we haven’t had one before.

Sorry for the long post here have a unitato 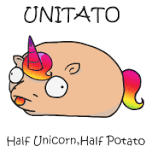 I would like an invite to the Detective Discussion thread and NSFW thread please and thank you.

The Nsfw thread is public now(i believe it still is anyways.), all you have to do is join the adult readers group.
https://forum.choiceofgames.com/groups/adult_readers
(i don’t know if I can post this on here but tell me if i can’t.)

I can’t see A forming part of a big army when they were human just because of Ava. If it was just Adam, then yes, sure, but I like to find something that would fit both Adam and Ava without “twisting” the world, with this I mean, “Ava pretended she was a man to join the army” or “the army didn’t care”, and while the part of the shield maidens is very extended as common knowledge, the history nerd side of me can’t help but cringe a bit because is not accurate to say that shield maidens were a common thing amongst the vikings (which, to start with, most norsman where farmers, not warriors).

I guess that’s why I always imagine them to be even more ancient an be part of a civilisation where gender roles weren’t as marked?

Now again, I’m pretty sure that Sera might not be as historically precise with the past and just give “because yes” reason as to why Ava could have the same life as Adam in something like the the Roman Legion

TFW you get to introduce a new supernatural race but actually have to make a...

Getting to create minor characters is sometimes the most fun, hehe!! :D

WHAT IS THIS NEW RACE, SECOND DEMO HURRY UP

Just a heads up that I agree with all the historical headcanons for A and I absolutely dig how much of a history nerd each and everyone of you is. I FULLY SUPPORT VIKING VAMPIRES, I just fricking love vikings lol.

I can’t even begin to fathom how it must feel to have to live through so many centuries, witness the changes and adapt to them. It must be fascinating, really.

Also, that shakyeye.gif y’all are posting makes me anxious, but also, I can relate xD

Hi Sera!! How would A wish the MC a happy birthday? (Deep into the angst... I mean... the romance/relationship)This ask just popped into my head ‘cause it’s my birthday today and I immediately thought...

They’d indulge the MC in what they wanted to do that day, too.

WHAT IS THIS NEW RACE

Goblins! I haven’t seen goblins brought up too often in this thread! I would love to encounter one of those tiny green troublemakers!

I’m starting to get a lot of Eric Northman vibes and I’m loving it.

Well, I think once they became vampires, nothing really? Once they were part of the Agency they were away from human society. Obviously they faced problems, because drama. But I am not so sure if it will be related to gender or race.

I agree with @Meira_Litch, plus, once they joined the agency I don’t think they really cared much anymore, they were working with completely different creatures and people like them. Not human. Different. So I think they didn’t only look past that in themselves but in others as well. That’s why they don’t judge people based on how they look.

Still in the agency there is that stereotypes about classes of supernaturals like vamps are feared and humans doesn’t want them. And vamps seems have rivals with demons

Yeah, but the point still stands. they were surrounded with different creatures, super natural of all races.

And the so called rivals is so common within government agency , like FBI may not like CIA or NSA … but it isn’t any big deal

The part of the demons is, apparently, an F issue, for some reason still unknown, they don’t like demons. Same way A seems to have a problem with Unit Alpha but no one else in the group does, lol.

And @Eric_knight, at the reveal F tells us if we react well, that they are very relived we took it so we’ll because it wouldn’t be the first time that human agents refuse to work with the just because they are vampires.

Thanks Meira, now i remember that line … i didn’t took it seriously then, my first thought was it is a common “jest” … well, i thought it was just F trying to make us feel good

“There are few historic attestations that Viking Age women took part in warfare, but the Byzantine historian John Skylitzes records that women fought in battle when Sviatoslav I of Kiev attacked the Byzantines in Bulgaria in 971.When the Varangians (not to be confused with the Byzantine Varangian Guard) had suffered a devastating defeat in the Siege of Dorostolon, the victors were stunned at discovering armed women among the fallen warriors.”

This not only proves my point but proves the point of scholar Neil Price who often debated that shield-maidens existed. His field of study is archaeology especially the viking age, he has a Bachelor of Arts degree acquired at the UCL Institute of Archaeology and he also has a Doctor of Philosophy degree acquired at Uppsala University were he went on to complete his doctoral thesis on vikings called “The Viking Way:Religion and War in Late Iron Age Scandinavia”

I very much dislike when people twist history to suit themselves so I often do my research before saying anything if there is one thing that I enjoy it’s history.

I’m not saying shield maiden didn’t exist, what I am saying is their numbers are not even close to the male warriors back then. People tend to think they were very common and that is not the case.

Edit to add: is extremely difficult to tell good sources from fiction back in the time. Most of the references to shield maidens during history have been northern folklore and mythology, and there isn’t really a big hard evidence that proves that they were common or that they existed.

But anyway, I don’t want to turn this thread into a history debate

. If you want to keep the debate feel free to PM me

Gottcha that said I am more than happy to drop this subject and I have to say your are a very intriguing person @Meira_Litch.

it took a lot of time to find it

(dammit I knew it was too ugly arrrrgh 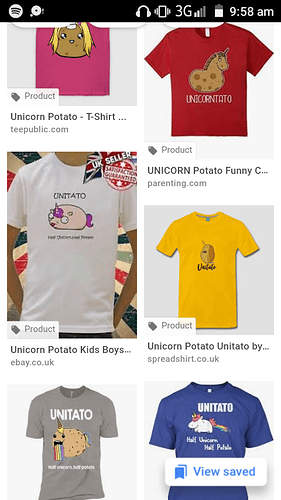