The Sword of Rhivenia: Book One (Submitted)

is probably in love with erwan

Hmmm… opinion may defer, because everyone is playing as their own sense of personality in the wonderful story world, that’s the beauty of interactive fiction where readers got their choices of performing deeds based on their own believes,

And for me, i believe we ( as of Rhivenians and our allies ) shouldn’t bear prejudice against others who we are yet to familiar with, even if they are supposed to be said enemies who are going to destroy us . For my MC who is yet to reach 19 years of age, i had experienced mostly the humanity side of the world, where i interact with everyone in a “moderate” manner, that include teaching those servant boys who bully me some lessons without holding grudge against them, and gently reminding Lord Daemir not disrespecting the princes.

At such, i will always have faith in humanity and had mentioned in my earlier post that, i pick the choice of " to let Astryn witness Rhivenians are not evil " , and as of why i have a deeper feeling for Astryn and what i hope to achieve, well,

here was my response

I also love a romance route emphasis on reconciliation, i believe it is different from a mere enemy-lover trope, because the purpose of reconciliation love story is more about an attempt for a viable reason of forgiveness and redemption for future good.

Take example from Romance of 3 Kingdoms again, no one would believed there was point of capturing the Nanman Barbarian King and sparing him for Seven concecutive times , after capturing him for seven times as well, but ZuGe Liang did it for a greater good

And take a quote from Inception " would you prefer to take a leap of faith? or become an old man, filled with regret , waiting to die alone ? "

I certainly prefer to take a leap of faith, rather than filled with regret like the late king when he is old .

I believe that certain RO paths should fail. This isn’t my own idea its something I saw in another WIP I read on here and well Relationships fail in real life. Now I not saying that she will do this, but I think that the Astryn route should end in failure. I like the character and her fans might wanna kill me now, but think she has been taught her entire life to hate us and the time she has spent with us wouldn’t be enough to overwrite that level of programming. So it would make sense for her to betray us at some point. Of course I doubt this would happen.

Also Freya’s lover got kicked from the crew. As far as I am concerned he is no pirate so he is fine just gotta figure out how you marry a princess to a commoner without the kingdom imploding.

Haha… that’s why we need to learn more from the future books, since no one know about the author’s plan yet, and how many books there are going to be.

As of real life, that’s more complicated since there will be variant in term of personality , culture and environment.

As for Astryn hating of the Rhivenians, thus far i didn’t feel that on her yet, a manner which she wants to annihilate us all, it will take lots of hatred to want everyone from the whole geographical zone die, and if someone possess such agenda, it will be very hard to hide no matter how hard one wants to pretend… hatred is like a poison, the more you hated on something, the more that person will show it via certain display.

For instance, Astryn spare my MC when she had the chance to kill me, she should had notice MC is no common prince if she is a trained usurper, killing MC now would deplete Rhivenia of someone who could really change the tide of war.

Well… As we all couldn’t know how the future would be shape, so it is most important for me at least to capitalise on what i learn and felt thus far , not trying to influence anyone else but i am going to take the leap of Faith,

There will be three books. Also she couldn’t kill the MC, that would lead to her death and she failing in her job…well you saw how that ended. Also she wasn’t really trying kill the MC just trying to see if we are anything like our dad with our reaction. Atleast that’s what I got after I decided not to have her harmed. Bur don’t forget she said that the Rhivenians are all evil since they worship an evil god…the god being evil because it chose the MC’s dad as king, which lead to this. I doubt she wants the entire kingdom wiped out, but she most definitely has hatred to the royal family. Our interactions with her are limited so I get where you’re coming from with not seeing this level of hatred from her. I hope your leap of faith works out though cause despite what I have said I do see her appeal.

She actually had another chance to kill MC during the epilogue (if romancing her), but she didn’t, unable to kill the person who saved her. So I doubt she’ll full on betray us (at least not again) , but I would certainly enjoy seeing a conflict of interest, as that’s what makes her route so appealing to me.

As for the time she’s spent with us not being enough to undo the programming she’s undergone to hate us, hey, we’ve got plenty of time to change her mind

On one hand, there’s Lena. Political marriage? Brother being a poor soul we tortured? Plenty of conflict! Awesome! Me want!

Then we have Astryn. Enemy? Check. Tries to kill me? Check. More conflict! Me want too!

It goes without saying that I don’t think this is a healthy relationship outlook. Send help.

As soon as Revna was an asshole, Lena threatened MC, and Astryn held a knife to MC’s throat, I was a goner. My heart was stolen. Goddammit.

I hope your leap of faith works out though cause despite what I have said I do see her appeal.

I had a bit of thinking actually, what would result in a person killing his/her lover ?

Personality, i don’t think old grudges will, if they manage to see through each other conflict/dilemma of interest, especially if both parties started in the opposite ends, naturally they already know each other’s grudges well and learn the supposed enemy 's history/behaviour, so for these star-crossed lovers to somehow be together, most likely they won’t harm each other.

But on the other hand, if a person is a self proclaim “saviour” or " do gooder" for greater “good” , there is great possibility that this person will sacrifice his/her lover for personal “belief” , such as MC’s father or Lord Daemir, Daemir had already said that he would sacrifice anyone, most likely Revna as well for the good of people.
One classical example is Jon Snow who slay Daenary for " greater good" reason, knowing fully well he is the only person Daenary allows to be close enough to do it.
If i am in Jon Snow’s shoes, no way i was willing to do it…

In this case, it seems Astryn won’t Kill MC who loves her, since there won’t be any “greater good” reason if MC treat her well and displayed a compassionate manner towards enemies, but Erwan will be a different story, and we don’t exactly know his personality yet .

Queen Lena, from spoiler i sort of realised that she may be a more “practical” type of person, her logical sense will likely rules over her emotions, hence a more dangerous friend/foe to live with if you ask me… Astryn most likely will let her emotions cloud her judgement, same like my MC, 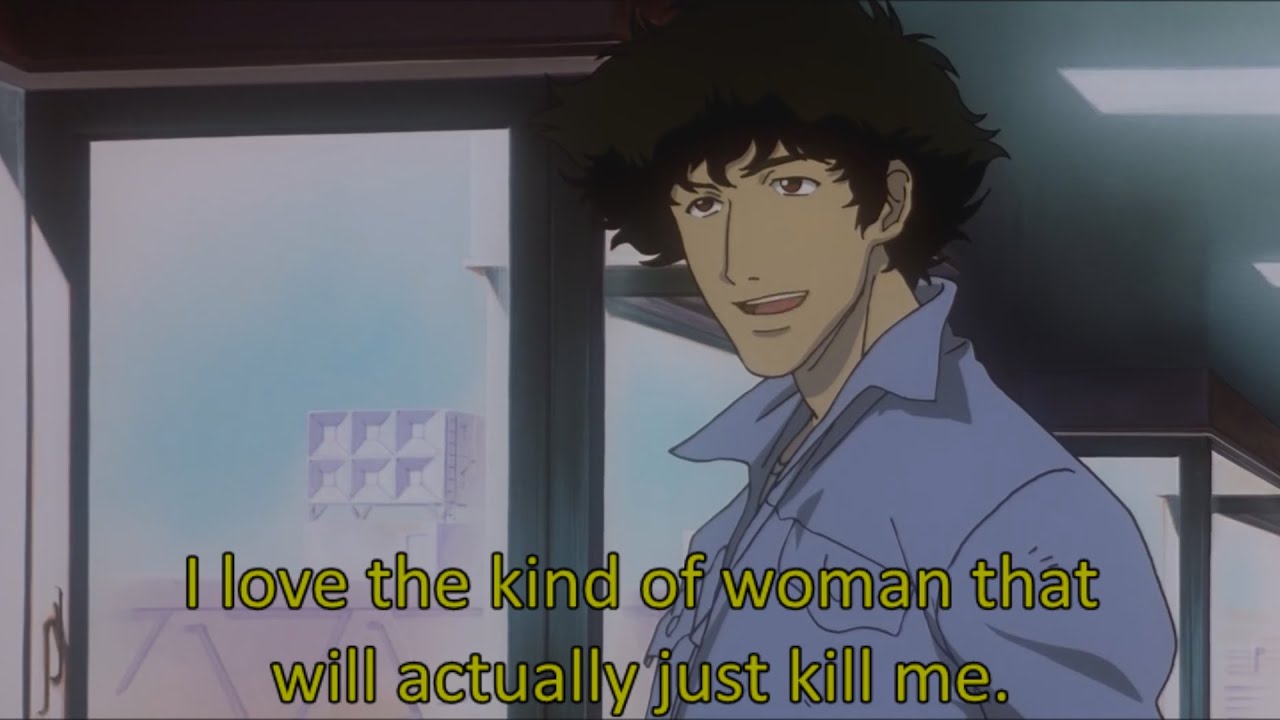 That makes zero sense at all, great now my head is hurting

how to delete lol

Did you play through the patreon demo?

@Drakona Yes I have. @Dawn_1000 I didn’t know that I might have to play route just to have that play out. Also I can’t remember Revna being an ass to the MC and I play her route. @Eric_knight Now let me start off by saying this. If Daemir so much as thinks about sacrificing her then I might have a smaller cast compared to everyone else cause there is no way he lives after that. I doubt he will though he trust the MC and actually cares about his sis, plus he is loyal to a different degree. My MC is now only concerned with his family and lover everyone else is on their own unless they benefit him in some way. Also I can’t take Lena seriously she seems like a kid with some power and leverage, I expect Xavier to pull through for us too. If he doesn’t my MC will see that as betrayal and him breaking his word, circumstances be damned he and his sister will be on my shit list.

Dangerous? Hmmm… RO who are dangerous not necessarily intrigued me, for instant, i would stay clear of Joker’s side kick gf…Lol

If you meant Princess Astryn, when i first met her, she was more like a damsel in distress to me ,rather than dangerous😄 ， it was a natural role for a chivalrous prince to be compassionate with any lady in trouble, i only realised she could be deadly when she started putting blade at my throat…Lol

I would think it was because Astryn charm me with her inner strength, and i was kind of pity her for what had happened to her and her people , in a way i am hoping to “saved” her from her demon so that she could live a happier life without hatred

I doubt he will though he trust the MC and actually cares about his sis, plus he is loyal to a different degree. My MC is now only concerned with his family and lover everyone else is on their own unless they benefit him in some way

I agree… i don’t think he would really sacrifice Revna, although i will make sure to let him know that no one needs to sacrifice as all can be under control,

i also think he was honest in telling our troops is not in good shape, hopefully he could help to train them better… i will try Revna’s route to the end after i finish with Astryn’s one

Dangerous/morally gray characters are just more interesting to me in general, regardless of whether or not I’m romancing them, and I have a heavy preference towards women, so it matches up. Plus, I love seeing them go soft for their few ‘people’ if that makes sense. Jarean is still my husband too tho. I can’t wait to dig into his secret past in book 2.

Do anyone thing its possible for Freya to becume queen if someting happend to Richard, Atheris and the MC like getting killd in the war with Erwan dying with them?
I can see someting like that happen in a bad ending with Freya been the last one in the family still been a live.
Maybe in and ending where Erwan win the war and she manage to run away before coming back to claim her home back from him.