The Sword of Rhivenia: Book One (Submitted)

I wonder if it’s possible that Erwan had a claim to Pagonia’s throne through his mother.

But isn’t his mother a peasant? I’m not sure if it’s stated anywhere that she is nobility, unless it’s one of those “secret royalty” things where he actually has a claim to the throne.

I understand Erwan’s mother is maid’s Astryn . I wonder why Pagonian not angry about it. If it happen in Rhivernia. People will very upset.

For Rhivenian Monarchs marriages with commoners are seen as second place and as far as I understand take place to compliment noble marriages,like that King Charles can justify marrying Queen Isabelle who comes from a common family perphaps even being from outside Rhivenia(was from Polaris,if that is another Kingdom or a Rhivenian territory no idea) thanks to his other wife Queen Alvena coming from an important noble background.

Also I presume that polygamous marriages are reserved only to the King of Rhivenia because the Everans twins father only had a wife their mother,if this is different on other families and a polygamous society is truly in place for the nobility is an unknown still,if in book 2 we do get to meet more nobles on Rhivenia this matter can be solved.

If general nobles/Princes can only marry once,Francis marriage in secret to Aldreda the Commoner without telling anyone on his family is all the more impactful,beyond the mistrust King Charles felt for his brother marrying the lass(if Aldreda did cheer on Francis to rebel doesn’t matter,his cause was doomed from the start,Aldreda came from nowhere and made Francis no favour with the nobles) he also lost an important bargaining chip,marking the marriage as an overall poor affair and a defiance even if it wasn’t an ambitious move by any means he didn’t ask for Charles’ permission and hided it as the King’s only remaining sibling.

Switching to Pagonia,Does that mean that marriages with commoners are more overlooked there?Nutella confirmed that Pagonia’s religion,Ateshios the God of Fire,allows only Monogamous marriage so no double play with noble and common unions on the same generation.

Perphaps we can also guess that illegitimate kiddos are also seen on a better light on the south,Francis marriage made on such a secretive way can also be debated was it official and trustworthy by Namherys’ rites?If not recognised by the Royal family did it count at all?

Nevertheless Astryn’s parents were smart welcoming pregnant Aldreda(if they knew about the parenthood or not do not know if it was implied or merely out of pure kindness,if they didn’t they were really lucky),as welcoming dissidents and using them against your rivals was a classic practice on feudal politics.

Like sponsoring Erwan’s against Rhivenia probably always has been a thing cause giving Rhivenia have forever been their rivals,Erwan was just their cart to play against the North for that generation,Pagonians apparently love a good clash against their neighbours on a way like the Scots did with the English.

Their many differences religiously(Ateshios vs Namherys,they call the later the Lord of Evil,Rhivenia’s religion is practically demonised by Pagonians perphaps Rhivenians do the same),culturally(Monogamy vs Polygamy) and personal political feuds(Astryn’s dynasty,Pagonians nobles vs their northern counterparts, Rivalry over past wars,murders etc) play an evident gateway to the whole conflict.

If welcoming Aldreda was Astryn’s parents master plan for the generation, they sure didn’t count with Astryn giving away their Kingdom on her absurdity cause 'Erwan is a good friend and deserves Pagonia plus his revenge".

I’ve got to chapter 6 so far and didn’t really like the female ROs.
Clara was with Richard and you feel like a third wheel between them.
Revna had the thing that after she kissed you she started talking with a random soldier and said to forget the kiss.
Not to mention Astryn who completely hates you and wants you dead

Also I presume that polygamous marriages are reserved only to the King of Rhivenia because the Everans twins father only had a wife their mother,if this is different on other families and a polygamous society is truly in place for the nobility is an unknown still,if in book 2 we do get to meet more nobles on Rhivenia this matter can be solved.

When the king of Marania offer his daughter’s hand in marriages to Richard for his alliance his only condition was that she will be his only wife (which will be bad news ones someone find out about Clara) so polygamous marriages must likely allowed to all the siblings.
This make me wonder if there are outer ways to secure alliances without using political marriages.

I don’t like Freya because I feel that she doesn’t realize her action is wrong when she talk with Avena in prison.maybe I want to put her to death.For Ernan he is good guy. T T

Can we romance Carla when Richard is king?
I would love to see his reaction

I think he will very desperate

Do think we should banish or send her off marriage If we kill her lover (I think sending her marriage is dangerous cause if she marriage , it make her grow backbone , she hate us and maybe want revenge us in Future but we can fix our economic though her marriage )

Hm, I don’t want my MC to be Charles 2.0 and execute Freya. Atheris and our mother would never forgive us for it. I agree that marriage is probably not a good option either (she might elope), so it’s banishment for her. Get her to give up her title and live as a commoner with her pirate lover.

So, I managed to dig up a little more info about Aldreda (Francis’ mother). Clara says she was the daughter of a knight, and when you read the book about Francis, it does say that he fell in love with an ordinary girl. But that’s what the Rhivenians know and may not align with what Pagonia knows about Erwan’s mother.

The most convincing evidence I could find is the fact that Astryn’s father helped Aldreda, as told by Astryn in Chapter 5. Now, why would a king help to settle a random commoner in his land, especially if she was being hunted down by another king? He could have angered Charles and risked war. It’s possible he knew about her lineage and felt it was worth the risk.

Just a fun theory to muse about while we wait for the second book. Only the author can confirm it ofc, but it’s probably a spoiler at this point.

Charles: Be a good leader. Be better than me.
MC: What? I can’t hear you over the sound of my family dying!

Honeslty I give 0 fucks about Mother I don’t like her, Atheris is cool so making her feel bad would be another story

That said, the idea of having pirate as brother-in-law is such a idiotic and crazy idea that I must do it.

Charles: Be a good leader. Be better than me.
MC: What? I can’t hear you over the sound of my family dying! 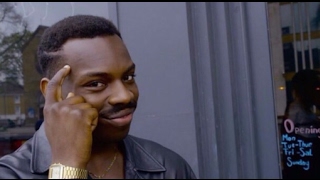 My own theory is that Astryn’s father welcomed Aldreda only because she knew whose son she had on her belly.

That’s a useful dissident that practically fell in his hand,the opportunity to create chaos on their hated neighbours and rivals Rhivenia on the next generation all done by welcoming in secret the lover of a dead Rhivenian Prince,using Erwan on the next generation while easily winning his loyalty due to being treated well is a good plan.

Backing Erwan’s War was always on their plans for Pagonia it just took the most stupid form due to Astryn.

Also whether Aldreda was the daughter of a Knight (do not know where that was mentioned,interesting new info) or a random common lass matters little on the eyes of Royalty,thing is the marriage had little value,impoverished knights are many times compared to commoners so perphaps that could be the point for her character backstory.

My own theory is that Astryn’s father welcomed Aldreda only because she knew whose son she had on her belly.

That probably also factored in his decision. Both could be true. I think if both were true, it could explain how Erwan became king with the support of Pagonian nobles, since he has an advantage over Astryn with his claim to the South and to Rhivenia.

I think the daughter of a knight bit is there to explain how Aldreda met Francis. Very few commoners have regular contact with royals after all. Jarean was lucky that the MC visited his tavern and not any other.

(do not know where that was mentioned,interesting new info)

She mentions it in Chapter 3 when you check in on her. Notably, she also says her father told her that Francis was executed before he could marry Aldreda. But the weird thing is that other characters call her Francis’ wife? Not sure who is supposed to be correct here. Maybe they did get married in secret, and since Charles never wanted them to be together, that only gave him more reason to have them both killed.

Charles never wanted them to be together, that only gave him more reason to have them both killed.

Yes, our father never want cause he lack trust and paranoid in his brother After his two brother’s rebellion and Aldreana heavily pressure Fransic to choose between Chales and her.(You will know that She is not victim and very selfish people (For me) if you read in patron) It make his action is very aggressive.