You assume any of them liked you

The royal military is loyal to the crown, the force that the MC joins despise the crown. Being a soldier will be a factor, but it’s about what you did and how well you did it as a soldier that’ll affect your army in the future.

atleast one of them is with us

Imora will be severely outnumbered. Particularly the province the MC is in as there is a civil war going on at the start. Strategy, tactics, and logistics is where it’ll count. And of course it’ll be quality over quantity.

Your military background will be most healthful in initial allegiance and strategizing. Course you could simply leave it all up to Serenity and your generals and hope a coup d’état doesn’t come or they’re as capable as you hope.

ofc im optimist, i like Thalia a lot on top of that… xD
And i cant really wait to win a war against more powerfull kingdoms than us ( like leonidas

@Dark_Stalker Now, immortality, so to speak, is still an option for you. Though it’s surprisingly still nonmagical

Ooh, head in a jar? I always wanted to be Walt Disney! Then wait 50 years to give me an awesome robo body

will give you complete influence over your subjects lives. 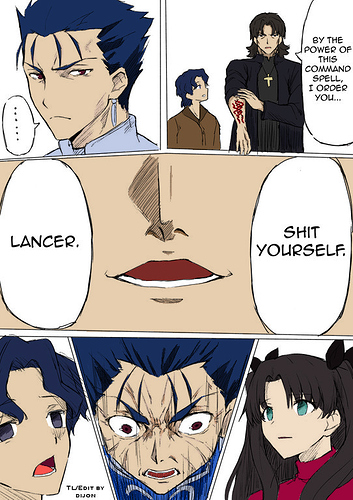 Particularly the province the MC is in as there is a civil war going on at the start.

Yeesh, I got my work cut out for me…

Bankruptcy, corruption, traitors, civil war, invasion, plague, conspiracy, and more all spilled into a mixing pot. When things are at its worst, you can’t go down any further right? And it’s all the more satisfying when you come up on top.

Another Poll, how fortunate! This time around involves backgrounds. The scion (MC), will have several backgrounds to choose from. I’m trying to decide whether or not to have the story begin in the past where the scion can build their foundations and then make their return from exile. This would essentially mean most if not all (assuming too much depth isn’t put into it) would take place before the MC even gets on the throne and starts ruling.

The other option is to have the past highlighted as the game goes by. The plan for this was to have the MC playout their past in their dreams.

Regardless there will be time jumps as the MC has a decade in exile and that could essentially be a whole book in its own right. That being said, there’s one option to simply have your background be chosen for you and there’s no looking into the scion’s exile days.

Lastly, there’s the simple option of the MC’s major decisions being chosen right off the bat. You won’t playout your exile and would instead, depending on your background, be given several major decisions related to the path and that would define the state of the world at the game’s beginning.

As always, if you’ve questions or insight, I await them.

Well, I certainly appreciate the swift voting! Although, since the votes are… very much equal. It would do wonders for hearing some reasons of why you guys think so – made the choice you did. Either here or via pm would be fine.

I picked starting during the exile as to why, I just like to expeience the journey and I find it good way to show us why we’re worthy of the throne instead of “your the leader now, here’s the throne do what you can”

if u take my advice or suggestion, i think is best to do flash backs of the exile, that way you wont have to rewrite the entire code and game etc.
(remember you can always do flash backs like " 3 years Ago…" etc that type of flash.

I suppose it depends on how you want to deal with the exhile period. A prologue letting you make major decisions during that background period might be the most practical approach.

@Bahamuht Hm, that would give a sense of accomplishment and truly show the struggle that was endured to get to the throne. Although taking the throne is only a small part of the journey.

@anon4518890 Fortunately there wouldn’t be much in regards to rewriting. Flashbacks may come off as more disruptive than I would like. There’s dedicating the first book to the decade long exile and fleshing it out more thoroughly. Then there’s taking the key events and wedging it throughout the story. Being pulled between the past and present may turn out more troublesome than intended.

@chrisbat I’m leaning towards choosing the major decisions of the exile and perhaps coming back later to flesh it out to allow someone to play it out should they choose to.

Fortunately there wouldn’t be much in regards to rewriting. Flashbacks may come off as more disruptive than I would like. There’s dedicating the first book to the decade long exile and fleshing it out more thoroughly. Then there’s taking the key events and wedging it throughout the story. Being pulled between the past and present may turn out more troublesome than intended.

as long as you dont make the exile change stats or things like that it should be fine? for example like what cataphrak does in Guns and Lords if you replay major choices.
Thats what i did mean, that should not be a problem at all i think.

Maybe if its too much work you should just go with the game as it is, you can always do another book in the future to make a prequel of this game. The most important thing is what do you want to do, after all you know better than us what can motivate you more to write (the present story or the past - exiled- story)

The argument for magic has given me a lot to think on and I’ve found a means to reincorporate it. As a subtle touch to the world. Still no standing on the battlements and hurling down fireballs or anything like that, but it’ll exist in the world.

@anon4518890 I’ll have to do a more thorough mapping of the exile period. The biggest issue is the fine details of what happens. Such as who the MC encounter, what their relationship was, did the MC betray/kill them?

I’m leaning a lot towards, and have already begun on the exile period. Should my motivation fall short I’ll push for that approach and summarize events.

did the MC betray/kill them?

The answer is yes, always yes.

As progress continues in the renovation of The Royal Legacy there is a pressing need to add to the number of private beta testers. Deep feedback is called for. Assessing the game and choices given and providing insightful feedback.

E.g. A scene about the execution of a traitor.
Bad: I loved being able to execute my enemy, I didn’t like them.
Good: Being able to kill the traitor was nice, but it would be more meaningful if they had done more damage or were more elusive.

Where were things slow, what were your favorite parts and why, what burning questions came up and weren’t answered, what do you believe can be improved, what simply didn’t make sense what so ever?

Essentially, feedback that provides me with something to better improve the game and consider for future writing. This doesn’t mean that other feedback such as grammar errors, bugs, and such aren’t wanted, they, along with simple praise, simply isn’t what’s currently being looked for and doesn’t help overall development.

So! If you’re interested do let me know. Either here or via pm. There may be a limit placed on testing, such as only being able to test for a week before cycling to the next update chunk.

id like to be a beta tester but only if ur fine with me giving you a resume in the weekend since im busy in normal days.

I’ve noticed that when picking the soldier background in the demo your combat stat decreases, should it not increase?

@anon4518890/@DontJudge Thank you both for your interest and support, I’ve sent a PM for further discussion.

@wolf666 Well that certainly is odd

I’ll keep an eye out for that bug, but you’re right that it should increase and not decrease.

I could send a screenshot of before and after?