When a traitor dies, divine souls will give birth to a new world, while the old one will drown in despair, disease, wrath, lust, and madness.

The Hidden Sanctum is a modern fantasy game set in an alternative, more unusual version of our world. It takes place in a magical world called the Hidden Sanctum, where unique people—just like you—are taken to learn the truth about the world and discover their true potential. Are you ready to become a touched soul and find out what fate has in store for you?

When your old neighbor, Mrs. Kendrick, calls you late in the evening and asks you to watch over her daughter for a couple of hours, you have no idea your whole life is about to be turned upside down. The girl arrives at your door, but with her, so does a legion of mechanical soldiers. They’re after you, though you don’t know why. Under fire, you leave your home and start running. But where can you go? Will this be your last journey, or will it be the beginning of your new life?

Will you be strong enough to protect the Hidden Sanctum from danger? What if some of that danger comes from within? What if even people who claim friendship turn out to be traitors? What if you figure out something is wrong, but cannot find any proof?

DEMO
TUMBLR
For weekly progress updates and asks.
PINTEREST
The general board.
PATREON

MY OTHER GAMES
TEMPLE OF ENDLESS NIGHT
THE ALCHEMIST

Looks interesting, I’ll keep an eye on this one.
“wise, ageless, and powerful.” I really like powerful RO’s, can I at least flirt with her in book 1?

@Gildarth Hello! I’m glad you find the concept interesting. You will definitely be able to flirt with the Oracle in the first book, and it’ll also be possible to form an emotional bond with her. Minjoon and The Oracle can both be romanced in Book 1, but their story will become heavier in the later installments.

@Frieza Thank you! I hope you enjoy this one, too.

@yb_minhee Hi! In the prologue, you can only pick one person because there’s not that much time before the soldiers get to you. You’ll be able to spend time with all the characters in Chapter 1. (I’m glad you’re enjoying the game!)

@Ashten I might add a few of those things, but there will be no full-blown character creation. It’s just not something I usually include. There’s some customization in my other game, The Alchemist, but this one will be closer to Temple of Endless Night (at least in that aspect).

just a quick question, im at the part where we have met hikaru and sky, the options to stay with sky or check on the others, are we going to go through all of that or is it just a one time thing? cause i want to stay with sky but also kinda want to check on the little girl (i forgot how to spell her name lmao)

from what ive read so far though, it’s very good. im already at the edge of my seat at whatever the fuck is supposed to happen and how were supposed to stop legion

Very interesting. Definitely enjoy a good fantasy. Will keep an eye on it defintely enjoying it so far. So bookmarking this for the time being.

Any chance for the save system?

@Gapaot Definitely! I already mentioned it in the main post (ON UPDATES). The save system will come with the December update. Chapter 2 will be much less linear than the first one and the prologue, and it will need a save system. I wouldn’t want you to have to play the game five times to check out all the soul paths.

Loved Temple of Endless Night. Love what you got here too. Can’t wait to see what happens next. Keep up the good work, brother. 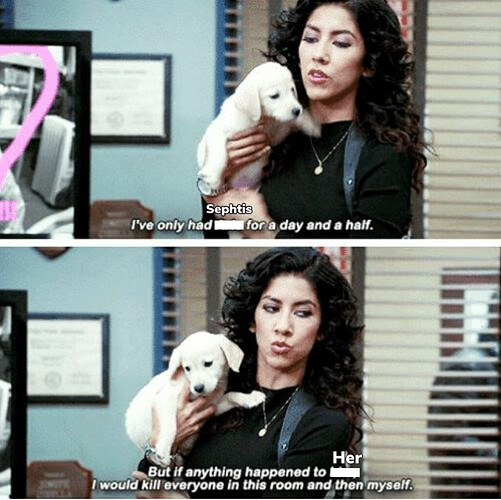 Hello.
I really like the uniqueness of the plot. The genre is quite borderline on the power cliche but I can see the uniqueness the story holds.
The pacing is very smooth and i enjoy the lack of confusion throughout the story even though we as readers went through some chaotic ordeals. The explanation to various events, their followups, descriptions of the Sanctum were all very well done.
I really liked the scenes with Marco and Sephtis when we chose to spend time with them, very well fleshed out scenes which were quite enjoyable.
On the pacing, I felt it was a bit rushed when the High Archon gave his speech, and the part in general after that till we got to our room. Maybe a lengthy introduction on the High Archon’s part will be better, personally speaking.
The sense of mystery is well maintained throughout the story and is intertwined with the immersion of the plot, which is a bonus.

Question - Is Sephtis’ power related to death? If it is, how is she able to light the candle? Does that mean she can control life force as well somehow?

Keep up the good work, best of luck🍻

I loved Temple of Endless Night so much and this one seems just as interesting. I’m super excited for it! I do find it sad though that Hikaru’s character seems to be closely related to Jonghyun, particularly being overworked in the industry and losing himself to the void. Maybe I’m just grasping at straws here but it hits a little hard

Is Sephtis’ power related to death? If it is, how is she able to light the candle? Does that mean she can control life force as well somehow?

Yeah, she tells that she can talk to the dead/ghosts and her grandmother used to too… Also she tells MC that the ghost girl she was trying to find in that crypt/catacombs told her that if Sophtis needs any help she just needs to think of her and snap her fingers and that’s how she lit the candle,the ghost girl lit the candle.

It’s a she? I thought MC and Sephtis were referring it to as ‘the voice’.

@Zain_Asghar Thank you! I’m glad you enjoyed the demo. I’m currently outlining the scenes for Chapter 2, and I believe it should be ready by the end of December.

@Paradox1 Thank you for your detailed response and for those typos! I honestly appreciate the effort, and I’ll makes sure to update the files as soon as I can. I will also take another look at the assembly scene.

I thought MC and Sephtis were referring it to as ‘the voice’.

Sephtis actually mentions that “this place” (as in the Sanctum) is full of ghosts. The ghost that told her how to light the candle wasn’t the one calling her to the crypts. Because of her abilities, Sephtis is often in contact with ghosts. She even mentions one during your first conversation in the prologue.

@View I’m glad you enjoyed Temple of Endless Night, and I hope you like what I make of The Hidden Sanctum, too.

As for Hikaru, I cannot deny that he was inspired by JH and his story. Actually, Hikaru was the first character I created for this book, and he made me want to write it. I will be trying to distance him as much as possible from JH (because JH deserves his peace), but I’d like to keep the main themes (mental health issues, being overworked) as they are.

If it turns out that the similarities go too far, I will most likely rewrite some parts of Hikaru’s story and character. I’d rather do that than disturb his memory.

Still, I will need feedback for that, so thank you for yours!