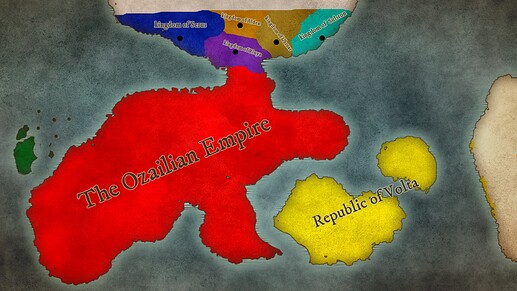 , but this time it’s my sister’s story, set in the same world as mine.

Play as the Queen to one of the five northern kingdoms. After conquering most of the continent, The Ozailian Empire sets its sights on the northern realms. Their first obstacle is the massive fortress that resides between the mountain pass.
The emperor is now amassing his legions from across the empire to take the fortress, while the northern kingdoms combine their armies to defend it.

(RO) All portraits are made in Artbreeder.(More will be added later.) While I typically am not the biggest fan of gender-locked CoG games, I find this one to be a ton of fun in such a short demo. I look forward to playing more

This is fun,i love it
And look forward to this

@Fat_cat i like this, its short but i like it. a few issues though, more dresses/outfits diversity is important. also the general overview i feel you are missing a on or two things. firstly you need to add a knowledge and/or tactics bar. secondly in terms of personality playful - serious or confident - shy bar i feel thats needed.

but thats just me…

Yes, I know. I’m not really giving my sister’s story justice, by the way, I translated it; she wrote a lot of dresses and details; it’s my problem with the language. I have already signed up for writing courses and will overhaul the demo, just showing her idea for now.

Hello @Fat_cat! A very nice demo. It had some issues with the spelling in some parts, but overall it was interesting and the content was understandable. If you want some help in the future, I can help you rephrase the text or edit some misspelled words. Good luck to you and your sister’s stories.