Yes! You can now pursue a romance with Lucca or a fling with Sevinc.

Lucca seemed to me like a perfect RO option, so that’s amazing news to me.

I think you’ll be very pleased with the new content! There’s actually a lot of new material with Lucca whether you play her romance route or not - LaSombra Lucca and Malkavian Lucca bring out some fascinating new sides to the character.

I’ve ran the Luca romance as A keeper and it was pretty fun.
How do you start the fling? I played through the Enarc route a couple of times, sidenote, didn’t think I would get the mayday thrall achievement by going to Toronto. Anyway, no luck with the aforementioned fling, although I normally take the Luca romance, as I like being able to use the darkness to dumpster random people who I do not like.
Or at least the part where you can go deal with the keeper who may or may not be a legitimate priest in that one church. 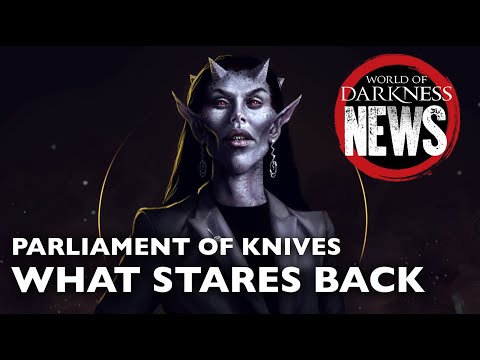 Hey what’s CoG’s view about fan made translation of the games? I was thinking about working on a pt-br translation for PoK, it would be free of course since it’s fan made with love

That’s something you’d have to contact them about directly. I know they gave someone permission to translate Affairs of the Court as some kind of … I want to say thesis project? I think in a case like that, a lot would depend on your level of expertise (are you a professional translator or just a person who happens to be bilingual?) and what you planned to do with it.

However, there’s an extra layer of complication in this case, in that CoG is not the copyright holder for Parliament of Knives; Paradox Interactive is. So they might not actually hold the translation rights.

I’ve studied literature in the past but I’m no professional, it would be non-profit, fan project just because I like it but I don’t want to violate any terms or just be told to cease and desist or something lol

As I said before, you’d have to contact them directly.

It seems the expansion added some new achievements, but they haven’t been added to Steam for me. Do they show up a few days later or has there been an oversight, or maybe an error with my Steam app?

Does anyone know how to start the Lucca romance? I had a very high relationship with her. But the romance itself never triggered for me. I thinks its possible I might have killed the Romance when letting her know that she was actually a Lasombra

Here’s something I posted in another thread about how I managed to romance Lucca:

Coming Soon: Lasombra and Malkavian Clans in "Vampire: The Masquerade—Parliament of Knives" Announcements

I’m not sure it’s possible under the condition you described, though I think it might be great fun finding out.

I’m not sure it’s possible under the condition you described, though I think it might be great fun finding out.

Thank you for the guide, If that did in fact kill the romance tho, I have to admit it is quite odd. Considering you get a pretty huge relationship boost with her, for telling her that information.

This happened during testing, so your mileage may vary for that reason alone. But it’s also possible I picked the wrong way of telling her. I didn’t happen to check the relationship stats, but she sure wasn’t happy with me. Actually, she claimed not to believe me.

This happened during testing, so your mileage may vary for that reason alone. But it’s also possible I picked the wrong way of telling her.

Yes, this is also true, because I do remember there being a gentle and less gentle way of telling her. I chose the less gentle way. And while she did yell at me, my relationship score with her was still very high. Which I found to be strange. Its also part of the reason of why I didn’t think I had been locked out of the romance at that point. But I was definitely mistaken on that lol

Did she believe you, though? Or did she accuse you of playing a really nasty prank?

Did she believe you, though? Or did she accuse you of playing a really nasty prank?

She got angry and said she didn’t believe me, and told me to never bring it up again. Then she walked away, I didn’t even know if it was possible to actually convince her you’re telling the truth.

I’m 99% sure there are no clan-based romance restrictions.

I just remember that I choose wrong choice