Well I mean we are working a dead end job and for me am saving for college and here come these spirit bird loving freaks and their 300 year old cult. If your reaction isn’t “I think your three hundred years overdue a nice serving of knuckle sandwich with a side order of whop ass” your danger sense must be practically non existent.

I am so in love with this game!!! The plot is really interesting and the birds??? I LOVE BIRBS. I can’t wait for the next update <3

Could you please explain this damn stat?!?
Lol I don’t know why but it’s irritating me a lot.
Both Excitable and Mellow kinda feel like very much positive personality quirks…
Like Sarcastic and Genuine are like opposite personalities.

I love this story so far. It’s amazing

Could you please explain this damn stat?!?

Excitable is someone who reacts more easily, stronger reactions in choices, etc. Mellow is generally someone who goes with the flow more or has less of a reaction to things, etc.
Is the name confusing? I could change one/both of them haha

@Fardil_Husain Thank you💕 I hope you enjoy what’s to come!

you could use ‘Impulsive vs aloof’?

Although ‘Going with the flow’ is more ‘chill, relax’ vs ‘Stronger reactions’ would be ‘Emotional’.

I actually like Excitable and Mellow. Compared to what we usually see, and there’s hundreds of WIPs that prove it, there aren’t many instances of these words being used as personality qualities on the stat screen.

I don’t consider either to be inherently charged with “positivity”, as being too mellow has the drawback of not being taken seriously, when prompted to finally be serious.

You wouldn’t be easily understood if you acted too excitable, either, for that matter. Kinda like a “boy who cried wolf” type scenario, if the boy were high strung, and generally obnoxious until everyone around them decides to just ignore them. Even at a pivotal moment where they should listen. Excitability is often considered to be an immature trait.

Love the concept and the demo! You have done a really great job of putting us in our character’s position! I don’t really know what it is, but I love the interaction with the twins at the front door. Can’t wait to see where this goes!

ahem ahem as someone who suffered from Hyperactivity, I’m butthurt cause I was that ‘excitable’ due to…well hyperactivity (Thyroid malfunction). So let me just point out the other side snicker who can be seen as lethargic and will be picked in a game of ‘CLUE’ as the ‘killer’ Gasp Dun Dun Dun

To @ofna forgot to ask you something, but do the choices we pick decide our powers? Do we have more than 1 power? What kind of powers we gonna get later (if any) and can we have more?

To @ofna forgot to ask you something, but do the choices we pick decide our powers? Do we have more than 1 power? What kind of powers we gonna get later (if any) and can we have more?

The choice you pick and then confirm at the door with the twins decides your gift. It’s either persuasion (basically talking people into doing things) or empathy (being aware of and influencing the emotional state of others).

If you check the Skills tab on the stats screen in chapter 3, you may notice other things are listed there. And as for more gifts later…

how come we get ‘tiny birds’ only as choice for familiar? Personally, (No offence) but tiny birds are…annoying a bit. (I live in an area where they come in large number and chirps all day long in Summer, and yeah I recorded them once…it’s like a zoo). The only bird I like is the Crow. Can we have one?

I loved your writing! The dialogue was really entertaining and I just love the unique themes! After reading this WIP, I actually fell into a bit of a rabbit hole of researching different types of birds, it’s such an interesting topic. Can’t wait for future updates!

@E_RedMark I’m pretty set on the familiar selection I have now, and there are planned ties for each one later in the story. I wanted them all to be relatively similar and there is a bit of a point in them all being little songbirds. Your MC will be (wrongly) underestimated because of it. I will likely not be adding any additional familiars.

I actually fell into a bit of a rabbit hole of researching different types of birds, it’s such an interesting topic

Welcome to the last 3 months of my life

This is eerily on point for the narrative in this story. Thanks for reading!

Oh, it’s okay. Though now you got me curious and looked at each one (copy-paste to the rescue) and omg, I can’t believe it!!!

The z’ennemie Bird can be our familiar!!! 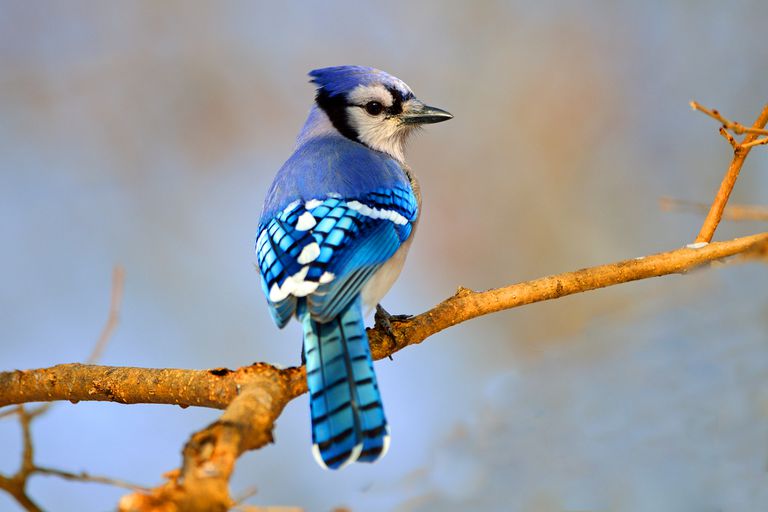 You ever heard it chirp? There is one that come down near my front door every freaking morning and chip chip chip…(Mah ears)

(Or at least the one I saw looked like it, it was blue with that hair do lol) . 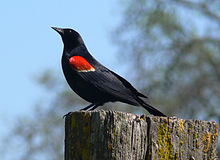 Yeah, blue jays are lowkey a bunch of jerks. But soooo pretty, I couldn’t not include them.

And I’m glad you found one that you like okay

I was hoping the blackbird would be close enough for anyone looking for a cooler/spookier familiar.

I have never seen the yellow one though, dunno what area they live in. But the white or gray looking ones? We got plenty of those around here.

You sure picked unique ones

I’m fond of the common starling, although the red-shouldered blackbird is a close second.
Starlings have a bit of a bad reputation in certain countries for being invasive and harmful to native species. I’ve even heard some people call them the “cockroaches” of the bird species.

They are migratory but here where I live (Europe) they are natives. Plus, some individuals can be quite pretty with all their shiny speckles and iridescent colors!

relax’ vs ‘Stronger reactions’ would be ‘Emotional’.

Relaxed and Emotional works better than Excitable and Mellow…