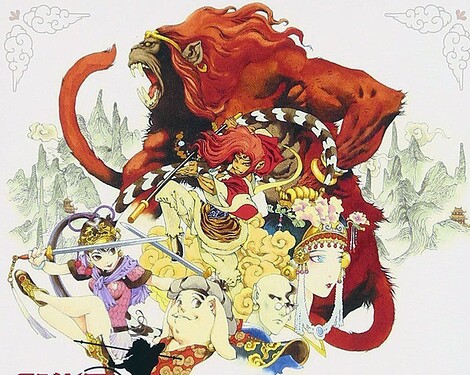 I’m thrilled to announce I’m working on my new game Last Dream. You can play it here: Last dream on Dashingdon

Concept/Synopsis:
An unexpected apocalypse takes you away from your hi-tech metropolis, sending you to a distant, very different world. In this new fantasy world, elemental magic permeates the soil, Buddhist philosophy leads people’s lives, and Hindu demigods (Devas and Asuras) fight for supremacy.
Why did you get here?
Is there a way back home?
But most of all, is this reality, or is it just a dream?

I got a lot of inspiration from the following:

To play the most updated version, go here: Last dream on Dashingdon

I am thrilled I started this project, and I sincerely hope you will like it too.

Thanks in advance for everybody’s enthusiasm. Looking forward to hearing your feedback!

your story is very interesting

there will be RO ?

i read that soon.

Yh the debut is REALLY inspired by FF so much that i left dashingdon because that’s where i saw it first to come here and ask u. But my question has already been answered in you’re post so yeah and the story look interesting too. I haven’t finished it cause i immediately left to ask u this so i’m going back to playing this.

First of all, thank you for the enthusiasm!

I am really overwhelmed by mps of appreciation, thank you!

@rialta Of course there will be romance. At the moment there is only one option (that suits your “orientation preferences”) but I could probably add more if people ask for them.

@Raphael_Sylva Exactly! FFX has a very special place in my heart. This project is also intended as my “tribute” to that fantastic world and to those amazing characters.

I hope you like my personal “retelling” and “customization” of some of the game’s features.

Including a planned RO, makes it more interesting.

Finally something HINDU, thanks hope you do awsome

What? I don’t get it. Why do I have this stupid “ritual” thing? Why am I so annoyingly bubbly? Why are the default hair and eye colors unnatural, and wtf is a “hot-blooded” hair style? What makes my default egocentricity 75% when I haven’t made a single choice? I have barely started and have no idea how I can even begin to place myself in this character’s shoes.

@Dhruv_Jyoti I will do my best. I appreciate your support. Looking forward to your feedback.

@geldar Thank you for asking. You start as a “sports superstar,” that’s why your “Ego” is relatively high. Most sports superstars have their “pre-match rituals”, and this MC is no exception. As it usually happens in Japanese Anime/Manga, your hair and eyes have “unnatural” color and style (but you can, of course, choose a “natural” one). Let me know if I can be of further help

I think this must be your first time trying to write fiction. Characters do not swing wildly between personality traits in the span of milliseconds, especially not traits that are being tracked yet are unchanging throughout it.

EDIT: Ok, I see this is far from your first time writing fiction, as you’re quite a prolific writer. This is something you must already know, then, so I’m at a complete loss as to what’s happening in this story.

If resembling anime is the motive behind the colours, perhaps it might be as well to have some normal ones too? Plenty of anime characters have naturally-coloured hair and eyes. Frankly, I was put off a little by the strange colours, and like others have no idea what ‘hot-blooded’ means when used to describe hair.

@geldar, I appreciate your concern. If you have time, please let me know how you suggest improving it. I will do my best to follow your advice.

@FabricSeat Thank you for your feedback.

This is an anime-like story. That’s why I mainly provided “unnatural” colors. Regarding “sideburns,” I didn’t know how to call them, so I went on TV tropes and found this definition. If you have a better one, please tell me, and I’ll use it.

@Takashi_Shin Wow! Thank you very much! The cover is WIP, but I think I will go that way. I’d love to hear any further feedback on the story and characters.

Hi, congratulations on posting a demo that has both sizable content and explorative choices. I am very intrigued by the premise and would love to explore more of this blending, ever-shifting world across both time and dimension. I applaud the effort you put in both in writing a story and crew giving an immersive game. Brahma knows I can’t do that. . . Anyhow, here’s a couple thoughts I had during my read. Feel free to take them with you if they’re helpful.

This is a long response I brewed up at 2am in the morning. So I’ll put it under tab cut.

Wow! Thank you SO much, @Veraynea ! First, thank you for playing it to the end. Second, I really appreciate the time and effort you put into this lovely feedback. I will take my time to study it thoroughly and then be back to you. In the meantime, THANK YOU!

That was roughly my first reaction when I read Dostoevsky. Fiction styles developed in different countries can represent emotion and character very differently than the conventions of “realistic” English fiction writing. Gil is writing here within the conventions of anime…and I’m sure it’s helpful for him to hear how oddly that can land with people not immersed in it.

I haven’t read Dostoevsky, but I can assure you that characters don’t do that in anime either.

Equally thrilled as everyone else seems to be about seeing Hindu-inspired writing! One thing you may wish to consider - Shiva is a distinctly masculine name, in my eyes, and I suspect also in the eyes of many others, especially those who are of South Asian descent and/or religious backgrounds which link to the Hindu triumvirate of gods. Therefore, I find it really odd to read about my mother, Shiva… It’s a bit like having a father called Persephone, or something equally, well, unexpected.

@geldar
It might help the author if you could be more specific as to what exactly you are criticising, on what basis, and how it could be improved. From my experience with anime, characters do flip-flop through feelings and personality traits at an alarming pace. I could, of course, be misguided.

Ok, why is everyone railing on me and me alone when Veraynea said exactly the same thing?

@Havenstone I am so humbled you compared me to Dostoevskij. I am not worthy of such privilege.

@geldar I can assure you nobody here hates you. I really appreciate the time you spent contributing to my little work and I promise I will do my best to comply with your expectations. You are welcome to express yourself and to share with us your opinion every time you like. Thank you for being here.