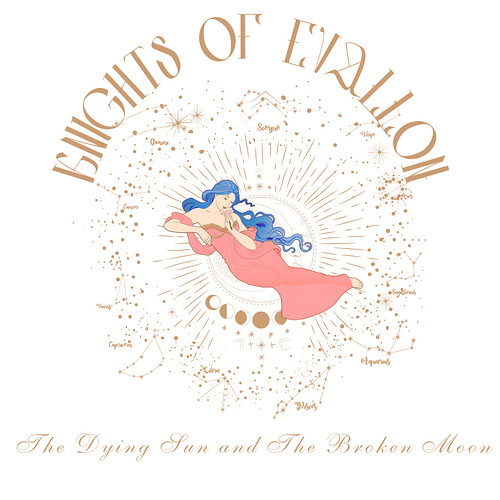 Introduction: Hello, I am Thomas. Knights of Evallon is my first ChoiceScript game. I hope to make this a standalone game while leaving the door open for future stories set in the world. Also, English is not my native language, so there may be some errors. I usually write in the third person past tense, hence the second person present tense is taking some getting used to. However, I have tried my best to avoid mistakes. But please feel free to point them out.I appreciate any and all feedback.

Links:
Tumblr
Instagram
Twitter
Redbubble
And you can join my Discord if you want to chat or discuss or just hang out. I’m sorry the previous link expired. This one shouldn’t. I also post sneak peeks of my other WIPs there. And I keep word count logs so you can track the progress of my games.

Additional Notes
-Most romances will be integral to the plot and be a substantial part of the book, because I love writing romances. And since I am a sucker for star-crossed love stories, there are chances for them to not end happily.
-MC can fall in love with and pursue all the ROs simultaneously with varying degrees of hijinks when the chickens come home to roost. So don’t worry about getting locked into romance routes.

Looking for feedback on:
-Prose flow, grammar, readability, etc. There might be errors because there’s a chance I have missed some branches.
-Coding.
-Anything else.

Update: If anyone’s interested, please check out my other WIP. It shares the same continuity as KoE, only a lot more cosmic in nature.

Hello! I am looking for a few alpha testers who specifically play female or NB and romance male ROs. You can point out plot and other inconsistencies as well, but I am mainly looking for help with the pronoun errors in coding. Thanks!

@Astralise.Ink love what you got here, brother. Can’t wait to see where this goes. Keep up the good work.

Thanks! I was really nervous about posting this, still am in way.

@Astralise.Ink There’s no need to be nervous. It’s really good in my opinion. And there will be others that like it too. What’s important is that you like what you write and everything else will work itself out. Try to keep strong, brother

Thanks! I appreciate it.

That was pretty freaking epic to read man. Great work on it. I probably took the shorter route cause I just killed everyone involved but it was still a good read

This was really good read and fun too, love what has been put up so far. Looking forward too seeing more of it, good luck

Thanks! It’s the first time someone has called my writing epic. XD

Thanks for taking the time to read and comment. I really appreciate it.

Oh this is already lots of fun to read! I enjoyed being a smug tease to the inspector lol, one thing is that there are just a few errors with the pronouns, I got these when the inspector was supposed to be male. Can’t wait to read more and definitely impressed with the writing!

Very interesting, curious to see where you’ll take the story. Terra is a great setting, love the mixture between tech and magic. Break a leg! and have fun writing. Can’t wait to read more.

Thanks! That’s really helpful. I must have missed it. Will fix it ASAP.

Thank you. I am editing Chapter One as I type.

…Well that’s certainly not the route I expected to be the shortest, lol.

BTW, it’s completely impossible to tell you aren’t a native English speaker, so I’m not sure why you felt the need to say so.

This does look really interesting, I’ll be definitely be keeping an eye out for it

I do want to bring your attention to an error I found. I hoped you can get this fixed because I really want to tease the detective 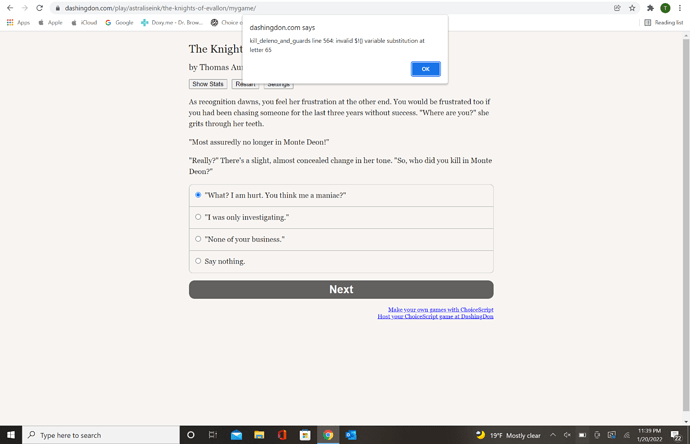 What I like about this event specifically is the storyline and flow. I really appreciate the work that’s been done and I look forward to hearing more.

@geldar Thanks! English is in fact my third language. I wanted to clarify it in case I missed any colloquialisms.

@Drakona Thanks for the report. Are you getting it on the first choice?