If you’re damned either way, might as well do, then.

My game has a couple of romances, but that’s not why people read it or what they talk about–and a bunch of people do talk about it, though not as much when it’s been five years since the last game was published.

Write what you love to read, as well as you can. Don’t add romance if you don’t love reading it. Success is a craps shoot anyway. Do your best to write for you.

Can anyone publish a WIP or you have to post in the interest thread first?

You can publish your WIP in its own thread at any point, so long as you have at least some playable portion available, even if it is just a few words. If nothing is playable yet, it would only belong in the Interest Check thread.

That’s good to know, thanks. I have a few thousand words, but first I need to watch a tutorial about choice script. One complete chapter seems like an appropriate milestone to achieve before posting anything.

It’s really up to you how “ready” you feel it is for a post. I personally didn’t make my wip post until I had about a chapter and a half… but ideally a demo needs just enough to effectively showcase what your game is about;

the setting, some characters, and maybe how the game “works”. Are there stats? An inventory system? Something totally unheard of?

If you feel that what you have provides a solid peak into what your game is, then it’s probably enough. If not? Keep going until you feel it is enough for a person to have a general understanding of the experience you’re building.

It’s really up to you how “ready” you feel it is for a post.

The Gray Painter (at the time, Invite Only) had six chapters available (out of what would be 20ish), about 50,000 words.

sheesh, i made my recent topic between the last post in the thread and this one and whew did it take off. i’ve never written anything people were remotely interested in for a second and now i’m trying to figure out how to run a tumblr. it’s nice to have a project i’m passionate about again tho

I am really happy for you as I know how difficult it is to have a project you are passionate about and find out that nobody else gives a shit or given you an opportunity.

I am glad that you have found a way that works for you.

Currently on my third rewrite for my WIP. The feedback from my interest check post really got me thinking. Thankfully I haven’t fallen out of love with it yet lol.

This is definitely late and you might have already done it, but have you made an intro post yet, to give people a general overview of the game? A lot of authors do that and pin that post to kick off their tumblrs. It’s not too difficult, it just takes a little bit of time.

I know August isn’t going to be the most productive month for me (I’m moving internationally, among other things), so I’m hoping to get a little more progress made in July to make up for it ahead of time, as it were.

So with that said, my goals for this month are:

Well, the second part of this was kind of a wash; I made some progress, but certainly not most days. That said, I wrote 64,000 words in Asphodel this month, so… I’m willing to forgive myself for not being the steadiest with Diaspora heh. Hopefully I’ve set myself up to be able to take it fairly easy in August, as I have plenty of non-writing things I have to do.

But overall, July was a very successful month, I’d say.

For July, I’m going to aim for adding 45,000 words and getting within shouting distance of a complete Ch 1.

Going to call it a night, and a month. I’m at 30,000, only 2/3 of my monthly target. But if my wife and I hadn’t needed to go stay with some friends who just had an unexpected cancer diagnosis, I think I’d have made it at least to 35K, maybe 40K. Barring any similar unforeseen major disruptions in August, I reckon I can stick the target.

In July I also put some time into developing a final, more detailed version of the gameworld map that I can use for authoritative distance calculations and a few other key worldbuilding/plotting needs.

Shouting distance of a complete Ch 1? Not quite. But let’s see how things go in August.

Well, This probably will be the worst word account in Human history. But for me very important I finally beat my fear and jolt down the first 3 words on my project. So I suppose this makes it real.

Lol, I know that nobody cares about my lame work but I needed somehow saying it loud. Like a tiny I am here.

Have a great night everyone.

Poison Mara I have seen three years of negative self talk from you on the forum! Imagine if you said these things about another author’s work: they’d be completely crushed. Even if it feels fake, I want you to talk yourself up instead of down. Even if you don’t believe it. When you describe your work, describe what you like about it, even if the only thing you like is that it’s three words longer today than it was yesterday.

Self deprecation eats away at people like a disease, slowly and insidiously, over a lifetime. For every poison mara out there, there are one hundred thousand writers in the same boat as you who don’t write and don’t engage with the community and don’t keep trying like you have, because that self doubt has eaten away at them for so long that they just gave up. You haven’t. Keep going.

I have diagnosed anxiety disorder and self-esteem problems I am therapy, but still, for me, It is almost impossible see anything positive in my work to point of having to write about ten positive things about myself for therapeutic exercises could make me thinking about it hours just for ten words.

But I am stubborn as a mule when I decided to do something and in 2011 I decided that I will have a hosted game done. And I will maybe not today or in five years but I am working hard for it. 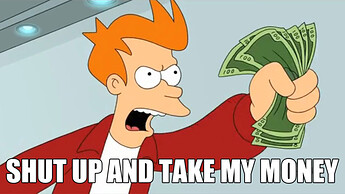 July went quickly, but as I’ve actually hit my writing goal, I feel qualified to say it was a good month. I’ll try to do the same this time.

July was a weird/tricky one and I didn’t end up completing Chapter 9 of Royal Affairs - but I’m nearly there. I’m hoping to get it done soon and get on with Chapter 10!

That is still a great rythm Hannah so I am sure you will end on schedule.

Well, This probably will be the worst word account in Human history. But for me very important I finally beat my fear and jolt down the first 3 words on my project. So I suppose this makes it real.