Pants and lower body wear goes shows gloves as well… And colors too.

I think I’ll stay away from this and wait until the next update, I couldn’t even read the recent update and I’ve restarted like five times already… Anyway GOOD LUCK…

Also when MC goes to tailor you can’t actually select gloves or its color, if you do it changes pants/lower body wear and and gloves stay Purple leather gloves no matter what.

No worries, and thanks for playing still! This is why I set up the separate branches: weekly updates are bound to be unstable. Games are like sausages, you don’t really wanna see how they’re made.

On that note, I’ve fixed all the bugs related to making your costume that I could find. @stsword I can’t replicate this on my end, are you on the beta or base branch?

I believe it was the main branch.

Games are like sausages, you don’t really wanna see how they’re made.

I am working on my own IF too and it’s on twine cause it’s too explicit and gory, cause it’s a Sci-Fi Horror with Fantasy and there’s even some cosmic horror and it’s massive too and as my luck goes it has shit load of branches… Like a lot. Seven main branches. And twenty-one fkn ROs but only seven are main and you get to play as an evil MC. The hardest thing to write is completely different personalities and as character for every gender-switchable character (like some ROs).

No worries, and thanks for playing still

Lol I’ll still be wth this, won’t abandon you and your work, I know how painful it is to make an IF even with fewer routes.

you don’t really wanna see how they’re made.

Hehe I guess I am making sausages now, already know how messy and nasty making it is.

On that note, I’ve fixed all the bugs related to making your costume that I could find.

G’Luck Joseph, I’ll see you in next update. Looking forward to it…

I got this one too

All right, well, I’ve overwritten the old main branch with the beta one. Should be fixed now.

A lot of my favorite fictional worlds involve, in some way or another, a regurgitation of the past into a new kind of present. Of course, you could say that’s simply how history works. To an extent, at least. Integrating elements from your world’s past into the current setting is just, well, good worldbuilding. It helps create a believable present. There’s various ways to do that.

One approach - just one, mind, one of many - is to take inspiration from the real, actual past. Something like the Fallout series, or the Bioshock games (which I have some issues with, but the setting certainly isn’t one of them), takes elements from the pop culture of particular historical periods and integrates them into the setting. That can be done more or less well (just compare the worst parts of the Bethesda Fallouts to Fallout 2 or New Vegas), but it nonetheless results in a very effective and well defined aesthetic. 50’s pop songs are as much a part of Fallout’s vibe as bombed out ruins swarming with ghouls. As far as superhero media goes, Batman TAS does this extremely well with its various nods to noir media.

My very first draft of Infimus was more or less retrofuturistic. The aesthetic was that of the future as viewed through the brightest lenses possible in the second half of the past century. Ideal cities, flying cars, moon colonies and all that. It was a world where the superheroes had won, after all. It had to at least appear like an utopia. Though what I settled with has strayed from that concept, the general thrust remains. As you explore Infimus’ setting, you will see that it’s a world of stunning brightness. But that’s just on the surface: there’s darkness deep down. And, as your oath says, you will sink ever lower.

Games by the Swedish company Paradox Interactive are usually grand strategy games. That’s, in short, games which are in the sweet spot between strategy games, political simulations, and RPGs. The biggest names in the genre are Stellaris, Crusader Kings, Europa Universalis, Hearts Of Iron. The Total War series is grand strategy if you squint hard enough, I guess, though I’m sure purists would disagree. Think of Civilization crossed with those German ultrarealistic forklift simulators. I LOVE them. I’ve sunk far too many hours into conquering Europe starting as the principate of Albania in 1444, or restoring the Achaemenid Empire as a random small country from central Iran by 1800. Those games are, naturally, much simplfied compared to the actual material forces which animate history. You’d need an immense amount of work to even approach that. But there’s still a sense of causality, of a political appointment at the start of your playthrough in 1939 influencing your war strategy in 1942, your alliance with France leading to maybe a marriage and your king on their throne a hundred years down the line.

This process is extremely interesting to me, and what I aim to replicate with my worldbuilding. I intend to immerse you, dear player, in history like a pickled cucumber. You’ve probably already figured that out by how the game is set up: the Hall, Memories, and other things that I haven’t introduced yet have just that purpose. To me, what makes a world real is how interconnected it is. How patterns build upon themselves, and repeat through all facets of it. The way I like to make my worlds real is to sketch out the things that happen before the player is thrust into them, and go from there. That’s how the retrofuturism came to be: what would, I reasoned, Aurelius and his faction do if they came to power?

Here’s a very short, badly recorded, and extremely simple song about the history of the best ever death metal band out of Denton, Texas. I believe it to be one of the greatest ever made. It involves an invocation to Satan. 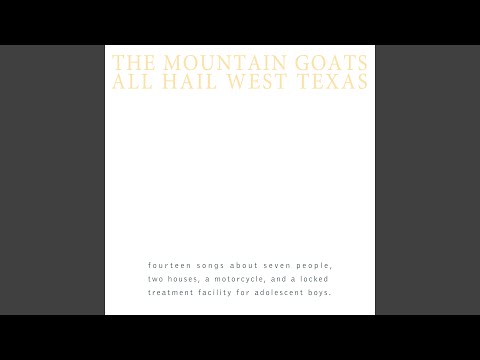 This is a continuation of the main story. Simply go to the basement after sleeping in your room.

Is this supposed to be the first page of the beta branch now?

oops, forgot to comment out the debug command at the start. My bad, should correctly bring you to the splash page now.

What did you change? The start is exactly the same as that link.

Huh, weird. What about now? Works on my end.

DEVLOG #9: The Mausoleum Of Shapes

It Starts With Clowns, Obviously

There’s a place, in London, which treasures 40 eggs with clown faces painted on them. The article contains more information, but in short, it’s a way to “register” a specific clown’s makeup so that it isn’t copied by others. Terry Pratchett referenced this in one of the Discworld novels - Men At Arms, I wanna say? - by having the members of Ankh-Morphork’s Clown Guild use a very similar system. I’m going to also reference it in Infimus. Like, how could I not. Look at them.

The PC being a shapeshifter means I need to be very, very careful about their powers and how they operate. Well, not need. Fiction doesn’t need to adhere to extremely strict rules. Even if it tries to, eventually someone who nerds hard enough will be able to break any magical system or set of superpowers. There’s always a peasant railgun somewhere, if you look hard enough. But putting down consistent rules for how such a versatile and powerful ability works is pretty damn important. Otherwise, it risks breaking the the story’s internal logic and, consequently, the reader’s suspension of disbelief. The Mausoleum Of Shapesis how I’m using clown eggs to do that.

There’s going to be a new place in the Backroom of your mind. Behind red curtains, a long hallway stores every Shape you’re able to shift into. Think of the Batsuits in the Batcave, or Iron Man’s armors all lined up in a giant display. The more you use a particular shape, or more broadly increase your knowledge of it, the better you will get at shifting into and using it. The more complex a shape, the harder it will be to level it up, but also the better the payoff. Different Shapes provide different bonuses, ranging from simple stat increases/decreases to unique perks. From the Mausoleum you can inspect them, see your progress, and what bonuses they provide for each level of mastery.

You add new Shapes to your Mausoleum by discovering them during the course of the game and spending some time meditating on them, usually in your apartment or other similarly villainous hideout. You shifting isn’t limited to shapes contained in the Mausoleum, but it’s much harder for you to improvise than to go with something you’re familiar with. Think of an artist when faced with a blank page: though the possibilities are virtually endless, they have a particular style they’re comfortable with. Patterns they like repeating, familiar colors and shapes. They can stray from it, but the more they do, the worse the art is going to be.

Today’s song is…well, look. It’s a bit of a gimmie. Could use it for just about any dev diary for this game ever. 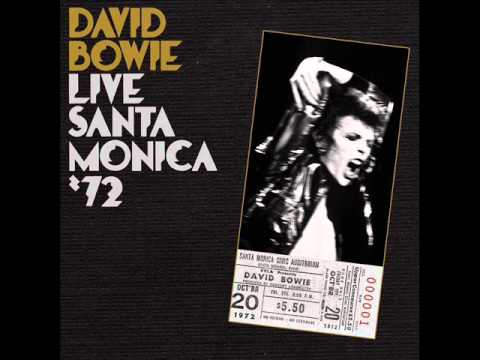 now with the review about this WIP so far: im loving it, especially the idea of the PC having shapshifting powers which is not a power that most would focus on, cant wait to explore more of the world of Infimus. also i now wish i had a walrus to pet

thanks for the kind words! and yeah, I’ve just fixed the plugin. It’s weird: I have to enable it with a line of code, then comment it out while playtesting locally and uncomment it when uploading the finished copy, due to the IDE I work with. Should be fixed now.