How do you find a good place to put your story into?

I have almost everything planned out for my horror game. All I need is to find which state to put it in. I never have been able to figure out exactly which setting, I know it will be in a place with heavy woodland and a somewhat bigger campus, but that’s it. What do you guys look for when you are writing a story set in the real world?

I feel like if it could be set anywhere, you’re not using the setting to its full potential. Why don’t you set it somewhere you’re familiar with and bring in details you already know? What’s stopping you from setting it in your city, or in that campground you visited as a kid?

Could you provide a few more details about your story, perhaps?

I know it will be in a place with heavy woodland

In terms of woodland, Alaska has by far the most forests of any state, while Maine has the largest percentage of its territory forested (almost 90%!), plus with Maine you get those Stephen King vibes.

and a somewhat bigger campus

I assume you mean a university campus? New York, for example, has a bunch of universities all over the state and is 62% covered in forests. Texas, California, Oregon, and Montana are all solid options as well.

Here’s the source I used:
https://worldpopulationreview.com/state-rankings/most-forested-states

But, most importantly, I think it all depends on what kind of story you want to tell as you can use local urban legends and myths as inspiration

I would! But most the places i’ve lived were suburbs or cities. Mostly forestry states or camps i’ve never been to, not even to a summer camp or whatever. That’s why it’s a bit hard for me

I was thinking Maine too, I just don’t know tooooo too much about what goes on there. I’ll have to research, but with your suggestion I most likely will put it in there lol!

I just don’t know tooooo too much about what goes on there.

Well, aside from the Stephen King stuff and the fishermen, there is an actual Cryptozoology Museum in Portland (I’ve even been there myself).

If you’ve played the Far Harbor DLC for Fallout 4, it is based on the Acadia National Park.

If I remember right, another ChoiceScript game, The Fog Knows Your Name, takes place in Maine.

And, not to toot my own horn, but the protagonist of my game “Fifty” is referred to as “Maine” as all the characters in the game are named after the fifty states.

Maybe this could help as well? 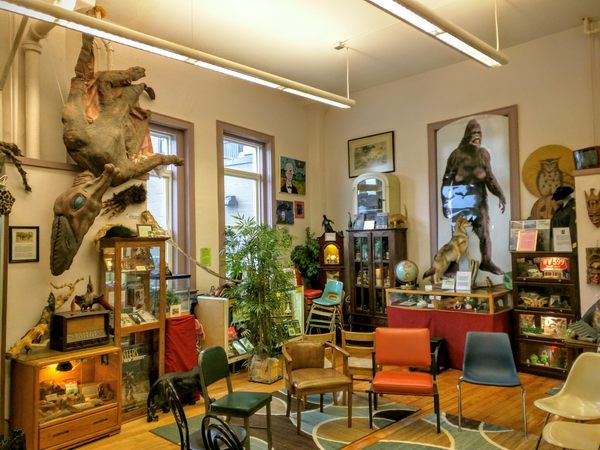 105 Cool and Unusual Things to Do in Maine

Discover 105 hidden attractions, cool sights, and unusual things to do in Maine from International Cryptozoology Museum to Wyoming Sculpture.

Ooh, there was also this guy who lived in the forests of Maine for nearly 30 years completely alone!

Christopher Thomas Knight (born December 7, 1965), also known as the North Pond Hermit, is a former recluse and burglar who lived without human contact (with two very brief exceptions) for 27 years between 1986 and 2013 in the North Pond area of Maine's Belgrade Lakes. During his seclusion, Knight lived within a mile of summer cabins in a crude camp he built in a well-drained woodland obscured within a cluster of glacial erratic boulders. Having entered the woods with almost no possessions, he...

I hope these give you some inspiration!

But most the places i’ve lived were suburbs or cities.

What’s wrong with setting it in a suburb or city? There’s nothing that says you have to have creepy woods.

Right? “The woods” could be as small as an abandoned lot that’s gotten overgrown with shrubs and young trees slowly devouring any buildings on it. Cities have wooded parks, and there are often state parks or forest preserves near enough to suburbs to ride a bike to.

I agree, if you don’t have the features of your setting clear enough to draw a map of it or describe what the people are like, keep working on it until one or more of those features becomes clear.

There’s no saying it has to be a real city or town, either. In fact, it’s probably better to create a fictional town that has all the features you need, where you need them. You may not even have to tell which state it’s in. You can even cobble together a few different real towns you’re familiar with.

The important thing is to have a really clear mental image of the environment of your story and the people you find there. Draw a map for your reference, write up a few character sketches for side characters and histories for some of the features and properties around town. Even if none of the info gets into the story, anything that helps the people and place come alive to you will make your writing more vibrant and immediate.

As Bob Ross said, “This is your world. You’re the creator.”

The story takes place in the woods lol. There’s a killer lurking in there who holds them captive from everyone

I understand where you’re coming from and thank you! the setting is a cabin in a huge woodland away from society when these college kids are kidnapped. I needed a big area, but tbh i might make a town in maine because of your suggestions. Making towns is so much easier and i was overthinking how it would be ngl

There’s a killer lurking in there who holds them captive

It takes place in the woods because you decided to set it there! At the end of the day, what you want is an isolated area where the power dynamics between characters are simplified and the heroes can’t rely on outside help. The woods is purely for aesthetics.