Hero or Villain: Battle Royale (#68 news about the Card Game!)

I’m already wondering when it’s time to get re-rated. Someone with 100 Psyche and a vast spread of mental powers is not what I’d call “ni-kyu.”

I agree, it would be nice to have some sort of power level checks that could change based on our stats.

Um how do we get the second date with Emily?

Could there be an option to study in our off time without trying to invent something, like there is in game 1?

Also, just discovered that nanobots don’t show up in either your inventory or your power list.

So, I’m not sure that this is a bug, but it does rub me the wrong way:

The first definitely feels off, especially in light of the second - if you’re leading the Monpulets for the rebellion, you definitely want their finances even if you’re not racketeering with them, because that’s what you’ll be buying guns with. But even if I don’t take over the gangs, I might want to rob them - which should be an option even for vigilantes or heroes (with a suitable boost to my vigilante stat), since you can do that in the first game.

These crooks need to pay their taxes.

On a more amusing suggestion. I think insulting the crowds in the arena should increase your Charismatic score - as much as bowing to them, in fact. Everyone loves a good heel!

Hey, i cant seem to save Mastha, i got the Medpack and my self aid is skill 83% and i have choose to study and pick a book about self aid, do i need more self aid skill? Or i missed some steps

A short video describing development so far of Hero or Villain: Battle Royale the Card Game 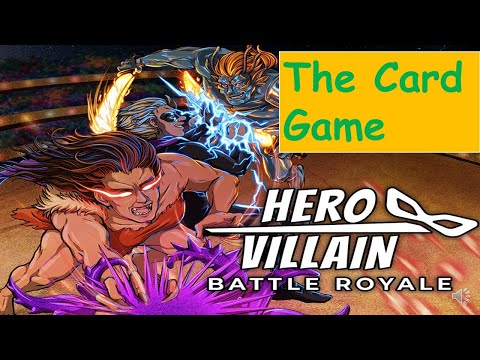 About power levels, i think it doesn’t work really well, if you are a inventor, cause you can only have super inteligence, but given enough time and resources and you can beat everyone (Aggy it’s a pretty good example). At the end of 2nd game i could pretty much clean the flor with Yuki even without using my vampire extra power

also engineering does feel too flexible you get all the benefit of super smart, and able to fight like you have super powers, with super powers less meaningful in book 2 engineering seem like the superiors choice. it did not feel like that in book 1 because there are very important things you can do with other power that you can’t do with engineering.

maybe this all happen because the main theme of book 2 is an arena, where as long as you beat your opponent you are fine, how you do it matter less. you know as oppose to book one when you can rewind time to create some truly weird outcomes… those were fun times.

The power levels only mark your starting position, not your endpoint.

How does one learn more about alien technology in the second game? I wanted to be able to save both Larisse and Mastha.

you can save larisse by training with her twice, and i’m pretty sure saving mastha requires points in medicine and xenobiology and a first aid kit not alien technology, but it’s been awhile since i played it so i could be wrong.