You must return it.

Broken Pact is already fully outlined. I forgot to add it to the poll.

Broken Pact interests me. Since it’s also an option, maybe you should make a new poll and add it

My choice is definitely The Forgotten Immortal, but I can’t understand is the vampire the ex ruler of one of those city-states in the far east in WOH world or is it in its own universe. If its in the WOH world then I would love the dynamic of being a high-magical creature in a low-magic world where magic is seen as some triviality and the days where magicians destroyed whole kingdoms are considered as fairytales. It will also be interesting how the magical world would react about it and this whole close-up of the magical side of this world would be interesting. Even if it’s in own universe I would still like it because I suppose it will have this early bronze age aesthetic which I love.

I have three questions:
First can you romance Nrein or Soniya if not in book 1 than in book 2?
Seccond will it be explained if you choose for the main character why they can look like child of Nrein? Though either way I find it hilarious.
Third question is it posible and how beneficial would it be to romance both Quela and Kela?

Even if it’s in own universe I would still like it because I suppose it will have this early bronze age aesthetic which I love.

The MC will wake up in a modern world like ours. Since it is thousands of years after you were locked up. You will still deal with The Circle: The new vampires elite who control the underworld.

I have three questions:

Will answer them tomorrow since I have to go now, sorry.

1 I believe no, 2 probably yes and 3 cat probably not answer this because spoiller.

The forgotten immortal is more interesting then the others and I like the fact the mc has to start from scratch to get back to where they were before.

Where did you get this one?

Where did you get this one?

People whenever Aeron has screen time in the game: 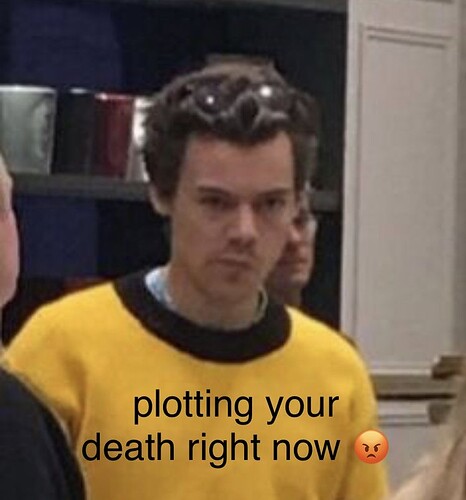 Also happy Thanksgiving to anyone who celebrates! If not, then I hope you have a wonderful day today!

Why was the NSFW version removed?

That was the old thread, this is the new version

Why was the NSFW version removed?

he will shift thread to adult when we will get nsfw.

People whenever Aeron has screen time in the game:

HNNN I cant wait for next update

HNNN I cant wait for next update

Update will come at the end of December.

When you release an update for November will you make an announcement or we'll just have to play to find out? There won't be an update this month, sorry. Been dealing with a lot lately and hardly ha…

The prologue has been updated with better writing.

As for chapter 2, it is on the way. I’m sorry for not meeting my goal this month, as I have been dealing with lots of stuff lately.

Would you like to see more childhood scenes added to the story where you get to meet new characters and spend time with your siblings? No changes will be made to chapter 1. I will just add more scenes at the start of it.

Speaking for me I would much rather a well fleshed story with many choices, scenes, and generally a lot to do, rather than just flying through the story and getting to the battles. At least from my perspective if we have more time with the characters we could better understand them, if some ppl have some time with Aeron they might start to like/hate him. Also I’m not sure if there is any rule about wordcount/price ratio in hosted games but generally when the game gets released the word count might help you pump the price a little cuz ppl would rather pay 10$ for 500k word game than 100k one. About now or later I think that it’s better to get the chapter as you have planned it now and then to move on to the next one.

I think people have a lot of assumptions about the characters at this stage. I think a few more scenes with the current cast would help people form more fleshed out opinions. I think Kela and Aeron are in the most need of fleshing out

Stefon’s cold eyes scan her smiling face, and his lips slowly fall into a straight line as he lets her go and turns away. He walks to the window and looks outside, keeping his back turned to his daughter. “The emperor is dying.” He says in a monotone. I believe some words mising here @Fat_cat