Wow…heroes rise, heroes fall, but this Fallen hero comes on top. And I totally mean it. The game just blew me away. And to think I bought it, because I liked the premise (I hadn’t tried the demo) and I liked the reviews, but then let it rest in my phone for a few weeks before actually playing it! I mean all those wasted weeks.

It’s amazing! I’ve played it so many times I lost count now and I feel like each playthrough I discover something new, some new information about the story or the characters, new flashback (I don’t know why, but I most love the one that shows what happened right after the suicide jump while the MC is being loaded into an ambulance - it’s very short, gives me the feels of indescribable exhaustion, helplessness and a bit of fear and I love it!)…and I still haven’t tried everything yet.

And don’t let me start about the characters. The MC - all those reactions we can choose are absolutely amazing. Sometimes when I play a game like this, I got the feeling like I’d add a few other choices, like none of those really fit my character. It has never happened here. Okay…once, becuase I’m a softie and I so wanted to say “I’m sorry” to Ortega during the fight. But then there was the “I can’t” choice, which fit perfectly, so I was happy with it

(Also we got the apologetic kiss/peck, which made up for it with interests). I really like the fact we don’t know everything about the character and their motivations. We get hints into their life (and I’m totally into the Re-Gene theory!), we get feelings, mostly worries and fears, but also a bit of dreams, and somehow that’s enough to show their drive. Maybe someone might have a problem with that, but I do not - it makes it all even more real. That’s life - we don’t know everything, even about ourselves (as much as we might like to deny it.)

And other characters…I love them all. Yes, even Steel and Lady Argent. I can’t help it. I can see the reasons Steel has for being who he is to the MC. And I like that Lady Argent isn’t the typical hero you’d expect in Rangers - I mean, she’s got claws, she can use them and she doesn’t give a damn.

Poor Herald though. He’s such an adorable kid and she’s giving him such a hard time

And Dr. Mortum - he’s really not what I was expecting from a mad scientist and it’s amazing. Even more so when I chose to romance him with the Puppet and got to know him better. He can be such a charming guy, really. And don’t let me start about Ortega…we’d be here for a whole day. He’s amazing and a real friend (and can be more

). And I was so happy the MC could influence him to reconsider his choice of facial hair, by the way…

Ehm, negatives…can’t think of any, to tell the truth.

Okay, to so to sum it up - it’s amazing piece of work and even more so when I learned the author is not a native English speaker! Kudos for that! I’m nowhere near as good as I’d like, but I’ve written a few things in English (also not a native speaker here) and so I know it’s not an easy feat no matter what grasp of the language I think I’ve got.

So thank you, @malinryden, for writing such a gem of a story!

I have question, How do you study the rangers and their tactics?

When your MC is talking about who they hate the most pick one of the rangers and you will have studied their tactics.

How do you get the newspaper give you the moniker of “Enigma”?

This are how from code reading:
Have your suit mysterious, don’t destroy museum or “erase” sidestep, don’t let them know you telepath, and have arrogance more than 60.

That seems a bit odd, wouldnt it make more sense if you have higher anonymity and thus there is less information about you and thus you are more enigmatic?

One question: how are you able to name yourselves sidestep? I’ve tried but it keeps saying you aren’t ready to out yourself?

That seems a bit odd, wouldnt it make more sense if you have higher anonymity and thus there is less information about you and thus you are more enigmatic?

here the code if you curious:
Edit:
Though, it does require for the MC to have mysterious suit.

I’ve tried but it keeps saying you aren’t ready to out yourself?

Your arrogance have to be more than 65.

Thank you :D! Will try that next playthru!

What does the “illusionist” part mean?

From quick read, it seems some kind of set-ed name during Argent fight in sewer, if you using your telepathic during the battle. Not really sure though.

Here, have a Sim Sidestep (Verona) and a Sim Puppet (Gabe). Cause I had nothing else to do today. 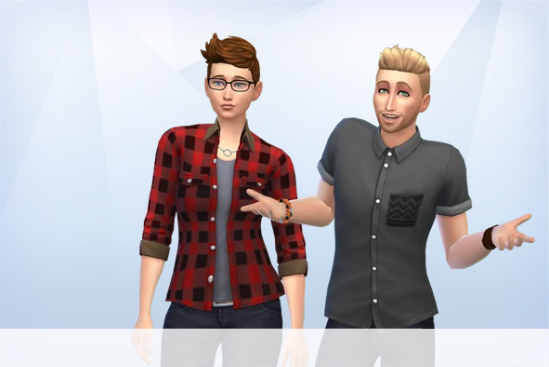 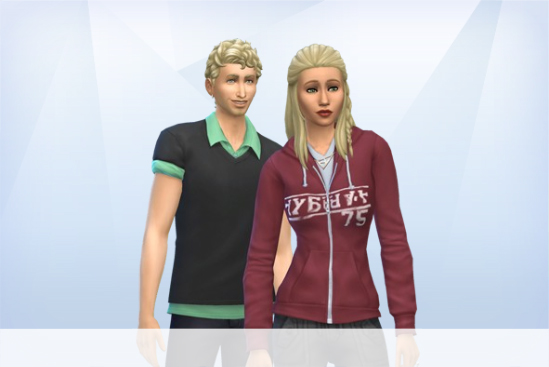 I would believe that sidestep would look more “out of it”.

…It’s the Sims. You don’t get THAT much to work with. I’d have to move them into my current world, ruin their lives, and then take depressing screencaps while they were probably about to die to get ‘out of it’. I worked too hard on my current town to subject them to that.

How do you get the code like that? I am curious about the other names you can get (if you are conqueror for instance).

There tutorial for that:

Though if you want to see the full game code but have not purchase it directly from CoG, you have to send your receipt screenshot to Choice of Games support.

Though if you want to see the full game code but have not purchase it directly from CoG, you have to send your receipt screenshot to Choice of Games support.

There’s other ways to see the full code too without owning a CoG copy. Someone in that thread shows a method for most of the Steam versions, which is what I own.

P.S ever heard of “saving”?

Wow why is this such a big deal to you? Maybe just leave it? You’re being kinda rude at this point. You go make your own depressed looking sims. All I did was share something I made, no need to keep this up.