The cover art looks like the magic school bus. I dig it! I read the old demo a while back, and even that was good. I’m excited to see what comes of the new one! Good luck!

Maddie (the MC) and Mason,

the game was fun! I love the story within the story

The characters are very realistic, andi love all the choices the MC can make

If we’re going to talk about our MCs and their twins, i’m willing to give it a go.

I’ve updated the demo according to feedback!

CHOICES
• Added choice what to call your father when not picking a custom name for your mother.
• Added new stuffed toy choices according to your favorite genre.

@feather_light @Abe Thanks for sharing your characters! I’m always excited and curious to see how other people play with the MC and their twin.

And I love the names of your characters’ stuffed toys!

You’ll be able to select a bestfriend at the end of Chapter 2. You can also choose none, or have your twinsie as your bestfriend. This will unlock special interactions where you can talk to each other in your own twin language. (You’ll be able to input custom words for certain phrases too such as ‘sorry’, ‘thank you’, and ‘I love you’!)

@Jackpot1776 I was indeed inspired by The Magic School Bus!

Update: There’s no more spots left! You can still request, but I’ll have to put you in the waiting list.

likes, I’ll release the demo publicly, whether Chapter 2 is finished or not! 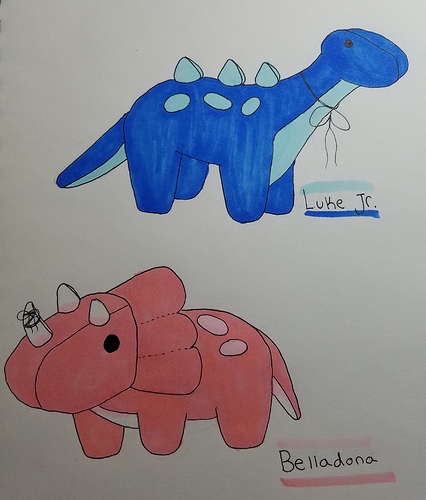 Their favorite color is the rainbow, but I uh, I didn’t really know how to translate that to stuffed dino form unfortunately.

Ahhhh they’re so cute and adorable I wanna hug them!

Thank you so much! I’m flattered, and I look forward to the others!

Could I have the last beta spot if you still have it that is?

Also I’m very interested in your game like just today I played your old demo I loved playing the old demo, I will give as much feedback as possible like you could read a book or watch a movie to get motivated or to get inspiration, also about feedback I have a choice you could put in the game is it possible to have a choice to go to the moon you don’t have to put it in the game but I’m not going to force you, sorry if it sounds like I’m forcing you, sorry if I texted to much, sorry if I’m annoying you.

Do you mean the greyed-out option in the new demo? The moon option is a stylistic choice and can’t be selected in any way.

If you mean in general, you’ll be able to visit other planets and ride spaceships later in the story but not specifically the moon.

i noticed that at least two “The Little Prince” references. You have no idea how happy they made me because that was my favorite book of my childhood.

While i’m personally more of an Enchanted Kingdom kid, what happened to Star City is still sucks.

And yeah–they’re actually going to EK for the fieldtrip! That’s the plan, at least.

Franzinyte, don’t make me feel jealous of the kids (since my old grade school was pretty much into the whole fieldtrips-are-just-outside-classrooms mindset). While i didn’t mind the plays, museums and historical places i went to, the kid-me would have loved to go to an amusement park for an official schooltrip.

And speaking of plushies, i found this picrew (by 花兎*) that can help me visualize Crin and Mars, Remy’s and Ryan’s teddy bears respectively. 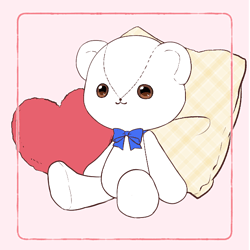 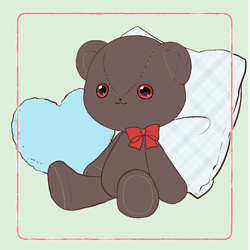 Fun Fact: Remy used to call Crin “Cream” but decided to give her bear a new name when Remy reached 9. Remy likes lilies but didn’t want to name the bear after them, seeing that it is too commonplace and decided to look what other countries use to call them.

don’t make me feel jealous of the kids

But that’s my goal!

Aww, that sucks. If it makes you feel any better, they’re also going to the Rizal Shrine Museum (and Gardenia Bread Factory).

While they both like mythology and the color purple, Ryan’s second favorites are Sci-Fi and green while Remy’s is Fantasy and orange (well, peach).

By the way, this made me think of giving the MC a second favorite genre (to get a second Genre Lover Trait). They’re going to visit the library for a bit to see Lily, and that would be a good opportunity to do so.

The teddy bears are cuties! To be honest, I didn’t think people would like the stuffed toys that much, but… I have one with me right now

Also! You can totally bring the stuffed toy during the fieldtrip, or give it away as a gift for Rosie’s birthday.

Fun Fact: Remy used to call Crin “Cream” but decided to give her bear a new name when Remy reached 9. Remy likes lilies but didn’t want to name the bear after them, seeing that it is too commonplace and decided to look for translations for the flower.

Oh, I didn’t know that! Maybe I should give Lily another nickname now (one of her nicknames is the name of a biscuit snack and she absolutely hates it).

But that’s my goal!

For other people, it’s maybe a diabolical plan but since I’m a kid, push that plan further

i admit that made me feel better. And now, i’m imagining kids snacking on sliced bread on their way home…that’s a…a visual.

Also, other than giving away our plush, are there other options for Rosie’s birthday gift?

Remy's Crin is based on my own Crin. i have a fondness for flowers and i decided that i want to be "creative" with the naming (which is pretty much look for a flower in a different language and see what one that appeals to me the most)

Now that you mention one of Lily’s nicknames, i’mma go search for it!

Alright, here’s a sketch of my twins. Luke and Reyna are actually blond, but I decided not to do color this time. They look older than I meant them to be, but oh well.

Also is it intentional that it still talks about the pornounes even if you play as trans girl?

I played the first one, a loooonnng time ago and i remember it being really good ! With the concept of a child as the MC which is something i’ve always wanted in a choices game. Soo i’m really interested to see the new one and before i go, the title is the best title i’ve seen of allll the WIP’S and choices game i’ve played !