The day after you and your twin rewrote your mother’s unfinished bedtime story, you quickly find out why she never finished it. You have unleashed a plot hole—a portal to different story worlds—and now the villains from the stories you’ve written have become real. They’re here to crash your school fieldtrip, and they’re here to finish your mother’s story for good.

Grab your plot armor and join your twin and friends in a meta-fictional adventure! Explore different story worlds—from fantasy and sci-fi, to mythology and mystery. Will you discover the truth behind your mother’s story? Or will villains, plot twists, and character development prevent you from getting your happily ever after?

Dear Diary, We Created a Plot Hole! is written as a love letter to all the kids-at-heart out there, who’d like to revisit their childhood and reimagine it as one big fantasy adventure.

It’s light-hearted, whimsical, and full of slice-of-life moments, but it also aims to explore, deconstruct, and reconstruct the themes about growing up and the more serious tropes about what it means to be a character in a story (such as character deaths and the abundance of orphan protagonists).

With over 80+ character traits available for you and your twin that each affect the story in their own way, you can be anything you want!

You can be a stoic cuddlebug with a sweet tooth, a competitive and precocious yet manipulative crybaby, or be an aspiring astronaut-slash-demigod while developing your own secret language with your twin!

Pilot a flying school bus, join a pirate gang, and solve the mystery of your mother’s secrets, as you complete side-quests and fight legendary monsters alongside your army of adorable animal companions (while singing to a musical)!

Use your magical locket’s powers to find out what effects your choices have on the story! Keep track of your choices, as well as your treasure collection and secrets you’ve discovered with your inventory and personal diary!

What other powers and abilities will you unlock?

Develop friendships and crushes with your classmates and other companions as you travel through enchanted forests, post-apocalyptic colonies, and maybe even the underworld.

See how your choices compare to others!

At the end of the demo, you will be able to see the percentage of readers who picked the same choices as you!

I also made a 50k word sidequel story for DDWCaPH!

You can check the character page to learn more about the characters. More information can also be found in the MC’s diary in-game! (Click here for a mobile friendly version)

I also created some character templates for your twins! You can check them out here!

DDWCaPH! now has a Tumblr! Follow the blog for updates, information about the characters, and other fun stuff!

Follow the In Auctorem Credimus sideblog for spoilers and other sneak peeks!

Join the Dear Diary, We Created a Discord! Discord Server!

Check out the Dear Diary, We Created a Discord! community on Discord - hang out with 40 other members and enjoy free voice and text chat.

The FAQ can be found here!

A guide to discovering all the trinkets and secrets can be found here!

If I haven’t answered your question, feel free to send me a question here in the thread, through PM, or through the Tumblr askbox!

If you enjoyed it (or hated it), I’d really appreciate it if you drop me a like and some feedback (here or through PM). It encourages me to keep doing what I’m doing.

Please don’t hesitate to share your thoughts, I’ll try to consider each feedback. I can’t solve what I’m not aware of, after all!

When you finish the demo, you will see a code that you can submit to a survey. I’ll be sharing the data collected at the end of the demo, where you’ll see the percentage of people who picked the same choices as you. It’s not necessary to submit a code, but you can submit as many codes as you want. I would greatly appreciate it!

Here’s the link again if you missed it!

342 Likes
Mommy, We Created a Plot Hole! [Rewrite in Progress]
WIP - The Search for Dr Livingstone (now with save system)
Most Visually Captivating CoG?
Games With Two MCS?
A Simple Compromise on Save Points
Hey, what's that game? -- A thread for identifying ChoiceScript games
Abe November 12, 2020, 8:13am #2

i remember playing the previous demos before and i’m really liking everything so far.

While the previous demos gave me the taste of the thought process and feelings of my MC (and to an extent, their friends), this version makes me feel more intuned with my MC.

i also like that the MC has a lot more interactions with their twin, their friends (well 3 out of 4 of them) and some other characters that weren’t in the previous demos like their mother, their teacher and their classmates.

I’m glad you like the new demo! And yup, I had a lot of fun developing both the new and old characters, and they have a lot more personality now. Who was your favorite character so far?

i don’t know if i have a favorite character yet but i would love to be friends with Roselyna and i’m excited to meet Lily. 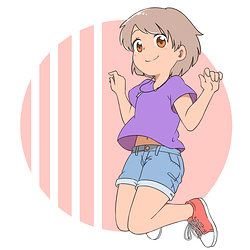 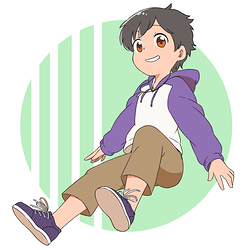 Hi, I just wanted to ask if you still needed testers? I didn’t play the original demo but this sounds absolutely fascinating. I look forward to hearing more about this game!

Heyo if you still need testers im down i haven’t played the original demo but this seems fun to play.

I haven’t read the first demo- though I am about to see if I can track it down on Dashingdon to try- but I’d love to test if you have an available spot.

@Abe Omg I love them so much! Thank you for sharing them!

I can’t wait to finish Chapter 2 so I can introduce Lily! She’s a very complex character even if she doesn’t sound like that at first, and there’s actually a plot-related reason she’s the last to be introduced. Also, I don’t know why anyone wouldn’t want to be friends with Roselyna. Hehe.

I appreciate everyone who has expressed interest so far, and I’ve already sent the link to them. There’s still plenty of spots left!

I didn’t link the old demo because I’ll admit that it wasn’t very good, and it’s not really representative of the story anymore since I did a total rewrite.

You have the best stat screen I ever seen, absolutely gorgeous. I would like to choose our gender and name earlier ( I confused because I don’t know if this/that will decide my MC name/gender )

@Buraida_Zubair Hi! Are you talking about the old demo? I can give you the link to the new one if you want!

@Manaxaggd Aww, thanks. It’s even more better now! I’ve addressed this in the new demo–do you want the link too?

i guess i never mentioned the stats screen before but i really do love how it looks. With the font used for the headers and the particular stats you used really did match with the RPG-like style you were going for.

i also like the inclusion of traits per (well for the lack of a better word) category. You know i mentioned this before but it does make it easier for me to visualize about my MC and their twin.

You also did a good job in writing the kid characters as kids and creating a rather fun atmosphere. It's rather refreshing.
5 Likes
Goddess November 12, 2020, 3:12pm #16

I’d be interested in giving feedback if you still need someone!

All of the characters really feel real, and I love all the different ways it’s possible to interact with them. The way you react with your twin feels really natural. The stats and the enter and exit texts for various characters really add to the feeling of the game. It’s really interesting and unique.

@Abe has said what I would, so she speaks for both of us … thank you for a refreshing story.

I also really like the (temporary) cover art… I would consider making it permanent.

With the font used for the headers and the particular stats you used really did match with the RPG-like style you were going for.

Yeah, so you know that handwriting choice? I’m actually planning to make 4 different headers for each style!

And it’s fun writing their dialogue! One of my biggest problems in writing is actually including the action/dialogue beats since I can easily just have walls of dialogue. (It’s even harder to do with all the constant branching/merging.)

MC’s voice took me quite a while to pin down because of the different personalities, but I think all of them sound consistent so far.

@feather_light Thanks for the feedback! Do you have a favorite character so far?

Also, I’m interested to hear your (and everyone else’s) MCs and their relationship with each other!

@Eiwynn Thank you for gracing me with your presence!

I might use it somewhere else, but I actually have a WIP of the cover art in the demo. I guess it doesn’t hurt to post it here too.

Also, quick update: There’s only 2 slots left! I can increase it, but I’ll have to wait for the first round of feedback first.

I haven’t played the (older version) game, but i’d like to be a beta tester if you still have a spot!

My personal favorite is Wayne so far. Haikus, teasing, might be crushing on my best hug-friend for life… what’s not to like? Roselyna’s a close second. I mean… hugs. JM’s cool, but not the type of character I usually prefer. He’s not unlikable, just not my cup of tea.

I’ve somehow already managed to find myself two sets of twins I’m rather attached to in my playthroughs. Maddie (the MC) and Mason, and Luke (the MC) and Reyna. (If I have time later today I’ll try my hand at some fan art).

Maddie’s more of the shy type. She’s the younger twin, and her and Mason are really close. She’s a rule follower and extremely organized. Loves Roselyna’s hugs with a passion, and doesn’t see Wayne’s appeal. She’s still waiting for her Mama to come home. Her stuffed puppy’s name is Sparky, and her brother’s is Stormy.

Luke on the other hand is an extravert. He’s the older twin, and has a love-hate relationship with Reyna. He’s always been fairly independent, and not a big fan of hugs. Totally on board with Wayne’s attitude, but JM isn’t his favorite person… He threw out his Mom’s family picture, and doesn’t bother checking his texts. His dino’s name is Luke Jr., and his sister’s is Belladona.

If I do get around to that art, I’ll make sure to share it