I just saw Chiara’s conversation in St.Louis with Sainte-Chapelle as my maker. I am wondering what he was up to in Chicago, and what we will face there (especially if we are his offspring).

Given that the father in the Choctaw background will consult a headman instead of a priest, it’s a little odd that a priest would be at the grandmother’s funeral, presumably the family is pagan.

Should be am full.

If you tell Withers that vampires don’t experience love. Could there be another choice after that where it asks the MC to clarify what it meant by that? Are you saying it in order to hurt her, or does the MC genuinely believe that?

And if the MC does believes it, what precisely did they think was going on with their dominus if they’re an embrace of affection? A moment of weakness on the dominus’ end, a manipulation tactic, what? What about Clotho (and future romances), what was that?

Unsure if this is a bug or if it is intentional

Not a bug. The headman is still consulted because you’re Choctaw.

However, I used the opportunity to look up traditional Choctaw burial rites.

I’m confused. I haven’t written a convo with Chiara in St. Louis. Do you mean Dido?

I’m confused. I haven’t written a convo with Chiara in St. Louis. Do you mean Dido?

Maybe Snowflower was referring to one of the elections?

Hm, the potential sires are nearly all accounted for regarding their current whereabouts.

Padre Carlos is a revolutionary aligned with Stone, appointed as his praetor, and can be met again in St. Louis.

Sainte-Chapelle is in Chicago, having some sort of dealings there, and the PC can meet them when the time comes to go to Chicago.

Van der Velde is the Prince/quaestor of New Orleans, and the situation seems stable.

Itamaraca has taken Havana for himself and sided with Stone.

As for West, well, he fully succumbed to the Beast and has gone to his Final Death, one way or another.

The only one that has not been mentioned is Wallace Winters. I wonder if he will appear in the future and whether he is a Loyalist, revolutionary, or neutral.

I think that Winters will be neutral considering that He is somewhat of an opportunist, from what i know from the story he is a criminal who somehow avoid the noose, escape the tower of london twice. John crisp a papist vampire was so impressed by his ability he embraced him as a result, somehow or someway he managed to piss off a lot of people during his tenure as both human and vampire his comment during his stay at baltimore said so, senator Lockridge has negative comments about him considering that he is from england like Winters either he screw him over or simply just hearing his exploits.

Oh yes, John Crisp is Winters’ sire, a devout Catholic, one who embraced Winters specifically for the purpose of extracting fellow Catholics from the Tower of London and escaping to find refuge in Baltimore. If Winters were not so valuable in this matter, it is unlikely that Crisp would have embraced someone who is a Protestant and steeped in the criminal underworld.

It would be interesting if there were ever an opportunity to meet Crisp in the future, especially since my priest is, by his very nature, a fellow devout Catholic. Whether they would share other alignments in common such as Shepherd/Wolf or Loyalist/Revolutionary would need to be determined, of course.

My thoughts on John Crisp

If you take up living in the country, a vampire from New Orleans comes to visit you. Usually it is Jesse, but sometimes it is Estafania.

In this regard, you need to fix a pronoun:
“Please do. Now leave.” Narrowing his eyes at you, Estefania takes in the sight of you one last time before turning to leave.

The ‘his’ should be ‘her’ before eyes

If your sire is Padre Carlos, and you are Spanish, Jesse knows Spanish, but it seems that he forgets the language here (he remembers it later), you also can’t feed with him, because of the language situation.

If you don’t share a language with Withers, Jesse won’t ask you to keep it a secret that he despises her. Therefore the MC would not know about this plan, so they wouldn’t know about his treatment of that poor woman or break his trust.

Priest being asked if he’s married.

How detailed of a translation is Withers giving a character that doesn’t share a language with Calkins? Here it sounds like the game isn’t accounting for the fact the MC doesn’t understand him directly, even quoting him and such.

I would like another option. Even if I don’t speak English, with 4 charm I would like to attempt to free this man, even if the people won’t understand my words, they’ll understand the meaning. Don’t expect it to work very well with the language barrier however.

Might not be an error at all. I don’t think a priest would have a necktie, I’m looking at a picture of a cassock and it doesn’t look like a necktie is part of the uniform.

If you spoke with Gonsoulin back in the first game, you will speak to him again right before this scene if you’re very religious, it’s where he recognizes you and asks how you can still be so young. But the game doesn’t recognize that. Also, should be “attempts”.

The entrance of that pickpocketer child is so sudden it feels like there is some text missing. Also, should be prompting.

Spelling error, should be continuing.

I feel like Smith shouldn’t be surprised if a priest doesn’t invest in his scheme.

A rogue h that doesn’t belong there.

If you meet Jesse for the first time at the caucus then “It has been too long” makes no sense. The two of you met, like, yesterday or something. In addition, every choice you can make assumes that you haven’t literally met yesterday.

He will also overshare to a relative stranger if go on an outing with him. Here:

The second Clotho and Hester Carothers is the same person right? If you romance her she dies of yellow fever before this scene.

If you’ve previously indicated that you see West as your responsibility, I think it would be cool if Hiram expresses concern here. “Imma go kill this ancient vampire, btw I want to die in combat, nothing to be concerned about!” Similar concern could be expressed if you later tell him you want to be tribune, also, I don’t think he should be surprised that you want to be tribune if you’ve said that West is your responsibility.

If you are taking a picture with someone, I think you should say that “We will do our best to keep very still.” Although the MC might still say I because it looks like the photographer is only talking to the MC.

If you have high compassion (or discretion for that matter) this seems like a very rude way to shut someone up, even if she is a bit nosy, she was expressing concern for you.

If you are German, maybe that should be “our people”?

You receive the news of his turning twice. First right after Aichinger’s biergarten closes. The second time when talking about the the Cuban revolution later.

Right before this screen you can talk to the black vampire you had never met before, the one that was a former slave that you could send out of state in Vicksburg. In that conversation you could tell him that Yates was already dead, even though he died right after that conversation.

If you are the scion of West (or have high int or something) would it be possible to have those tigers removed for fear that West might use them against you? I know he doesn’t use the tigers unless you try to use them, but the MC doesn’t know that.

Maybe something like “I can’t fight him, and I probably can’t talk him down, therefore I will assist him” or something. Would give another flavour/motivation for going with option 2.

I had some questions:

What is this bloodflow stat I see on the stat screen?

Is draining a vampire supposed to be the worst possible death? If so, I think it would be cool if West, when he is your dominus, decides to kill the you instead draining you, if you had a positive relationship.

What’s your opinion on non-standard game overs? If you have the secret goal of wanting to destroy all vampires, and you are the scion of West, and you have the God tier combat stats to have the conversation with him, it would be fun to join him. I mean if you manage to have these extremely specific set of circumstances you are practically kindred souls. Then go on to terrorise the society in an epilogue or something. 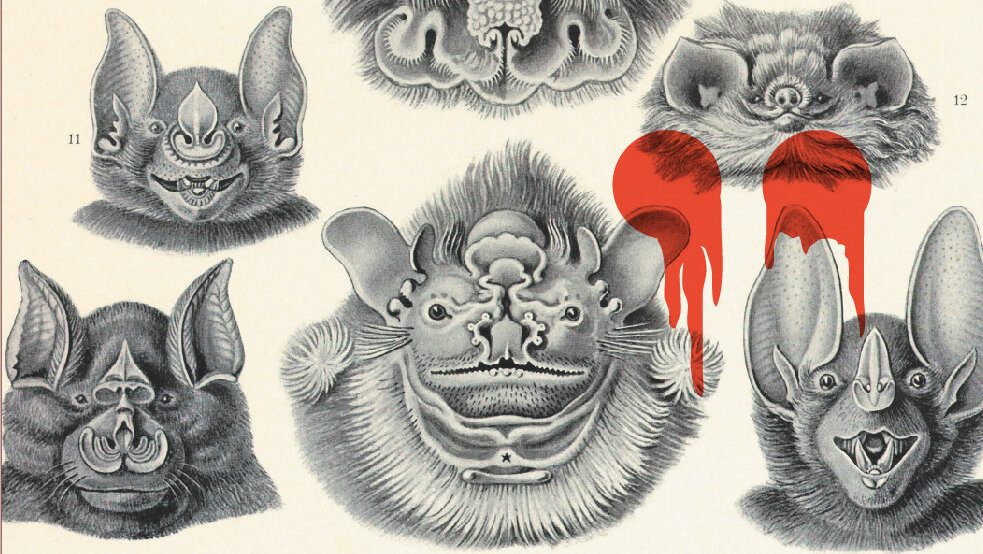 Looking for more diverse and imaginative takes on the vampire genre? We have some recommendations...

My Dominus is west yet somehow it went to padre carlos

The second Clotho and Hester Carothers is the same person right? If you romance her she dies of yellow fever before this scene.

Not at all! Hester Carothers is an old blind woman that walks with a cane and is the daughter of Apollo. Clotho is a teacher (and journalist?) who is the great-niece of the New Orleans Clotho.

Oooh, I was just confused then, I was really unsure because Clotho wasn’t her real name and stuff. Thanks for the correction!

What is this bloodflow stat I see on the stat screen?

Bloodflow represents your access to blood and, conversely, how generally hungry you are. It also impacts your temper, as being chronically hungry means it’s harder to control your beast.

Is draining a vampire supposed to be the worst possible death? If so, I think it would be cool if West, when he is your dominus, decides to kill the you instead draining you, if you had a positive relationship.

This is a nice idea. However, you have to have a pretty rotten $combat score to be consumed by West. There’s a part of me that’s inclined to think that he’d do it as punishment for failure. Alternately, you could make an argument that an Embrace of Affection should be saved from such a fate, but by consuming your heartsblood, he takes a bit of your soul into him. So, there’s a way in which he keeps you with him by doing so.

I could add a hint of that, in fact.

What’s your opinion on non-standard game overs? If you have the secret goal of wanting to destroy all vampires, and you are the scion of West, and you have the God tier combat stats to have the conversation with him, it would be fun to join him.

Actually, there’s a non-standard gameover in this volume where you become Quaestor of St. Louis. This is a good idea.

That said…you’re going to make me track that goal question, aren’t you? I’ve resisted doing so for ten years.

Are you modding your stats?

Because when I run randomtest, neither of these fire.

The first one, for example, fires if you have Charm of 5, and that’s impossible to get in the game.

If you recruit the tigers against Wotton, they help. But West has much higher Shapeshifting than you do; he can command them better than you can.