Update 10 is now going through it’s private testing phase, around the middle of the month, or nearing the end of the month, it will be made public with extra fixes and update.

For now… I need to rest…

ah shite that sucks dude, take all the breaks you need (and want :p), have a KitKat and a bottle of beer… or two

It’s been a long… long month for me. There’s been so much going on and, I honestly can’t wait till next month. I’m so exhausted and tired, but, I’ve been taking the past few weeks to just relax and take care of myself.

There was another flood, and a bunch of renovation work that got undone because of it. Working on Breach in these conditions have been hard but, it wasn’t impossible.

And with that, I bring good news.

Breach: Chicago War Zone - 23rd July 2022 - WIP has been released. It contains Chapter 1 Part 1-2, along with the first half of Chapter 2 Part 1 for the both route. You may play it on the link below.

The growing size of each txt files have been an issue since DashingDon only allows a maximum of 1MB per txt file, trying to get around it took some time, and working on the vast array of choices and consequences of the raid in the FBI route has been a pain, but I hope it’s worth it. Hopefully, it should be in equal size as the prison break in the Archangel route. (Minus some WIP choices)

The primary focus for this update was again, the FBI route. But, there’s been some new stuff for the Archangel route at the end of the route. Not much, but enough to progress a bit further. The outline was laid out since the last update so this was just me pouring my heart out trying to flesh out the damn thing.

I am running on fumes, my brain is barely there, but my spirit is here! I hope…

Thank you all for your patience and understanding. Everyone in the discord server and the forums have been incredibly supportive and, honestly, I needed it this month. Everything is all over the place and the one solace I could find was that I still can work on Breach. I know it’s taking awhile, but, I’m still working on it. I have not, and will not, abandon it.

But for now, I can rest… I hope… if my body will let me. (Sorry for the lack of professionalism, it’s been a hell of a month…)

I will still try my best to post news and interact both in Discord and on this forum. I still absolutely love hearing any kind of feedback or criticism for the game.

Join the Yes this is the Breach Server Discord Server!

Check out the Yes this is the Breach Server community on Discord - hang out with 1,818 other members and enjoy free voice and text chat.

Well now, looks like I’m gonna have a good birthday. Thanks for this and take care of yourself.

Woah That was a great update!! The FBI route is insane. What were Rook and Bishop doing at the office! Were they sent to gather information

Found these while playing the first chapter of the archangel route. Mouse is a guy in my game. 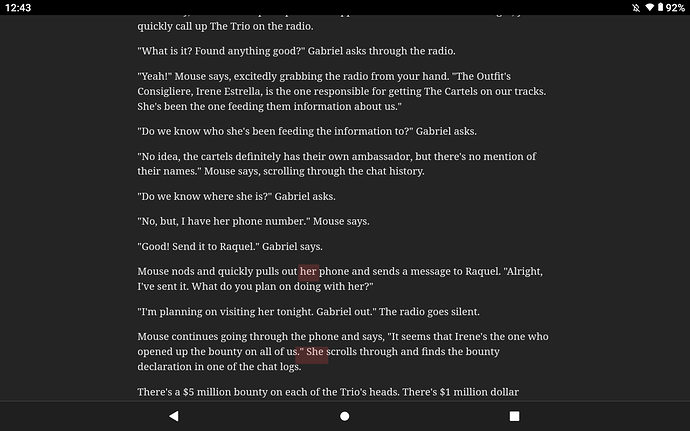 I don’t know if anyone has already mentioned it but I love how MC’s attitude towards Gabriel in AA route can change so drastically, like

MC: omg senpai is depending on me! Gotta do my best! (๑˃̵ᴗ˂̵)و

also MC: [slaps Gabriel across the face so hard he thought MC was Raquel’s long lost sibling] GO TO SLEEP YOU FCKING DONKEY

from reverence to exasperation real quick

I’ve just finished it now and it’s so great, honestly. It’s so good to read about these characters again, and Gabriel

.
Also, I laughed so much during so many moments.

Someone at the door: Knock knock

There’s a bug in the new update where the settings won’t let you increase more of your skill points after you’ve done it once but still have enough action to do more stuff. 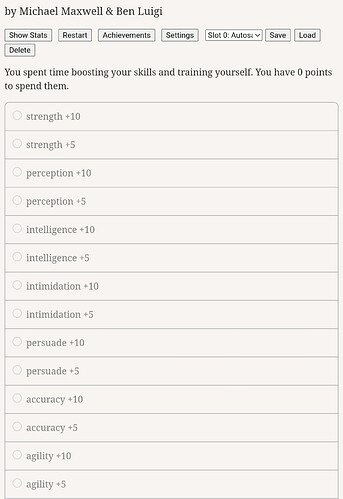 Anyways rad update, good to see the mc dragging the despaired Greg into his cell, here’s on hoping many more opportunities for the mc to inflict crippling emotional and physical ouchies to their enemies

Finished the demo and it was awesome! Finally able to continue my FBI routine and it was sooooo satisfying. And WOW GREG DID U REALLY NAME ME LUCIFER LOL.This also makes me wondering does he give every member of me FBI team(like Tony) a badass code name xddd
Finally, Mouse plz wake up😿

Yeah, I can’t help but feel miffed when the Archangels start calling MC Lucifer, there’s a hilarious irony of being labeled a demon by a kidnnaping murder crime group who likes to righteously call themselves angels.

At this point, we’re as much a devil as they are angels, best suck up your vindictive saltiness angels

Who would’ve thought Lucifer would be our main character. I thought they were another Archangel, just waiting to be introduced later on. Oh well, it makes sense. Lucifer was an archangel who fell from Grace after all.

I think I might be blind but in which route does people call the MC as Lucifer. This is the first time I’m hearing this??

Found these while playing the first chapter of the archangel route. Mouse is a guy in my game.

Found and fixed for the next update.

Yeah, I wanted to gauge everyone’s opinion on the focus slowly being centered around the MC, trying to give them more say on what’s going on, more personal opinions and more exploration of their own story with the player’s choices.

Also, I laughed so much during so many moments.

I’m glad you enjoyed it!

I’m still trying to work things out on the game slowly getting more and more serious and darker in tone. But, it’s Breach, so I wish to still keep the same theme and tone that it started with. Learning from my mistakes as well…

There’s a bug in the new update where the settings won’t let you increase more of your skill points after you’ve done it once but still have enough action to do more stuff.

This has been here for awhile, no idea how what the hell is causing this, very sorry

I’m trying a different thing, hopefully it should work for the next update.

This also makes me wondering does he give every member of me FBI team(like Tony) a badass code name xddd
Finally, Mouse plz wake up😿

Yes, Greg does have nicknames for a few of the other Archangels! You’ll get to hear them later on… If he’s still alive.

Mouse will be waking up in the next FBI update after the the GGG raid.

Ah dang, the Mc and their homies are getting their own share of the whiplash

Better start sharpening my mc’s bleeding fury so they can start pulling teeth and tear off the opposition’s grubby fingers before they reach the gang.

I really liked the new scene where Raphael gets to basically have a breakdown i originally wasn’t gonna go for it cause I didn’t think it would fit my mc, who’s very emotionally detached, but I still went back to see the three options and ended up sticking with it because of how much I liked it. I guess it’s always really nice to see these people go through it and see that they’re not just killing machines but also regular people with feelings