Alrighty y’all. This’ll be interesting! I sincerely hope this works because the coding for this was a mindbender when it’s been a short whole since I last did any of it. That said…

Click there to give the demo a whirl!
The playtime is probably around… 5 to 10 minutes for a single round. THIS IS ONLY ONE CHAPTER FOR THE TIME BEING! More is being written currently

Honestly… I have a ton in mind for these characters. It’s a matter of picking and choosing!
Let me know what you guys think! I post updates and answer questions regarding the ROs and such on Tumblr! Patreon is for extra content, naturally, but no early access to the WIP is offered.
Tumblr: https://aprismaticodyssey.tumblr.com/
Patreon: Nike Monroe is creating Interactive fiction | Patreon

so far so good! admittedly, i was a little bummed out when the story has supernatural elements and such and we play as a human but that more of a personal preference honestly. i am a little hesitant with uhh leading people. all is well unless id have to give them orders and such, im more of a follower than a leader type. not much typos but i did read this at crack dawn, only just some missing quotation marks. very interesting so far.

about being a god hunter though, i just wanna ask at how were able to do that with half a soul and we’re human. not only that, there is a big draw back to our condition. kind of weird that a human is able to hunt gods though. since there are other god hunters out there, though pretty scarce, is the mc the considered like the best of the best?

i can already feel someone from the team wont like me for whatever reason.

MC isn’t going to be leading the team, so don’t worry there! I can understand the feelings regarding playing as a human and the supernatural elements, as I know it can be sort of… “boring” to play as such, and I also know there’s quite the saturation of supernatural (and perhaps paranormal) focused stories here. Or just in general, really. If you find the missing quotation marks at any point, please screenshot them for me! I thought I put them back in but-

As for Gods, they aren’t unkillable- that isn’t a word but you get the idea

. Hence why a God can die from decapitation. They’re immortal, yes, but not impossible to dispose of. Being a human is hardly a limitation. Though… it does pose an interesting question, doesn’t it?
Considering MC hunted Gods for a few years and survived, yeah, they’d probably called such, however true that may or may not be.

Interesting premise. I’m a bit confused regarding the Gods and the supernaturals. Are they bring referred to as the same beings in the story?

Very minor issue - sometimes I wished my mc’s dialogue was influenced by his character traits in certain instances.
Ex - the starting dialogue with Samuel, “they’re waiting, aren’t they?” When coming in to meet the team…I’m building a stoic, aloof, brave, logical and arrogant mc. So some of these choices didn’t seem to go well with what my MC would say in that instant.

Thats about it I think. Good luck and best wishes for the Amberwood series🍻

I had a hard time getting used to MC getting referred to as “I” instead of “you”. I guess I’m way too used to IF’s always using “you” but I kinda felt disconnected right off the bat because of it.

I liked the demo, I’m a little sad we can’t flirt with Lucifer or have him as a RO but hé ~

The “indifferent” path was good, I’m still waiting to meet the ROs and learning more about the missing part of half our soul. Will we be able to get it back ? One of our RO is the big bad guilty one ?

Some answers to the next update, keep following guys

Haha, same. And I still can’t stand the “you”, despite reading text-based IF for years. It still causes a bit of disconnect from the story, even if I got used to it by now. It’s such a DELIGHT when an author goes for first person narration!

Okay, onto my actual feedback for the author!
What can I say, I like it a lot, as it is! But it’s a bit early for very deep feedback.

As far as I’m concerned, I actually like the fact the MC is human, but I hope they won’t be revealed to be “something more”, cause I feel THAT is what is most common, instead of the mere “a human in a team of supernaturals” thing. I wouldn’t mind the MC being “turned” into something else, since that on the other hand doesn’t seem to happen often. But eh, these are just musings at this point!

Generally speaking, I liked the array of options offered in the choices, except for two instances:

That aside, I’m curious to meet the ROs, and I too am already sad that Lucifer isn’t one of them. I love him already! And well, I always loved the figure themselves - I tend to like Lucifer no matter the incarnation. But alas, that will not happen. I’m still sure I’ll love at least one of the actual ROs anyway.

And I think that’s it. I didn’t really keep an eye out for typos, I’ll admit. I’ll probably do so when there’s more content.

Didn’t spot any coding issues either!

@Paradox1 Gods and Supernaturals are generally viewed separately, only because there’s a sort of hierarchy, where Gods would be above Supernaturals.
There a couple instances where MC’s personality does have a slight affect on responses, but I could make something for that particular scene to reflect that as well.
Took me an embarrassingly long minute to figure out the errors, good lord, but they shall be fixed!
@heavy_bullet I understand

I have attempted to write in a second POV but it’s very strange for me! Possible, but strange. Still, I consider it for at least future possible projects.
@Wolfie You are not the only one sad about not being able to flirt with Lucifer-.
@Konoi

I completely forgot about the fact that MC might hate hunting whoops. I think, when it came to the choices for how MC felt to meet the team, I felt I had included an excited option- I will have to re-read! Not because I doubt you, but because my brain is telling me I did

I will have to include that.

I think, when it came to the choices for how MC felt to meet the team, I felt I had included an excited option- I will have to re-read! Not because I doubt you, but because my brain is telling me I did

I will have to include that.

I had the option to have my MC feel excited when Lucifer tells them about the whole team deal. But when talking with Eryn, the options are to begrudgingly admit that yes, the MC is nervous, playing it off and saying THEY should be nervous about meeting the MC, so a more joking/sarcastic option, say no about being nervous (the “no” being a lie), having the MC SO nervous they want to throw up, and having them not be nervous at all and wondering why Eryn thinks so (in a stoic way).
So none of these were the “friendly-excited” type

OH! I see what you mean now! Okay, I gotchu, don’t worry. I’ll add everything in soon

I really like it, it’s good to just play as a normal human with good skill instead of being some sort of weird halfbreed chosen one, besides that, I like the characters and I just love how it is in first person can’t wait for the opportunity of being a grumpy teacher.

I like that you decided first-person POV. I definitely prefer it than the typical in CoG and HG “you”.

woooooh it’s alive!! I’m a little late, but you have my congrats anyway ヽ(•‿•)ノ

I saw your reblog on tumblr-

imagine if we could all gather our versions of Lucifer together in one room… wonder how they’d all react.

Teams and missions? Now we’re talking this is just my style

waiting for the next chapters!! 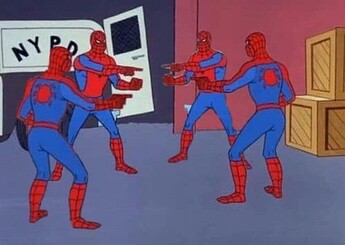 Would you prefer the next update be chapter 2, where you meet the ROs and begin

? Or, would you rather wait for chapters 2 and 3, where the latter of course leads deeper into the story?