Much more trustworthy than thumb drives, much easier to keep private, and they remind him of home. Truly, the best invention.

He looks cute, also kinda evil with the goatee.

That was kind of the intent, so I’m glad it got through! The version with the shadows is my favorite, since it pairs well with the hint of red in his eyes.

I can think of is that by that point both would be killers.

That’s likely to be one of the things, but trust me, there’ll be a few more shared experiences!

Small-Market, blue collar, incredibly hard working town and they had some of the worst luck.

They got annihilated three times and then had @bored92:

“WIDE RIGHT!” Happen to them. 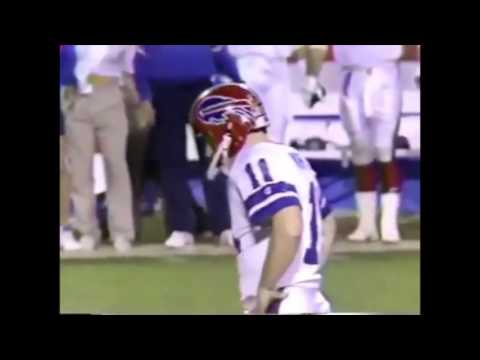 Oh believe me, I know that pain no thanks to Parkley’s infamous Double Doink missed FG attempt for Chicago. Nearly had a brain aneurysm cursing out Parkley that night.

You’re going to be at the bottom.

The Lions, Vikings, and Packers are going to take turns bullying you guys.

You’re going to be at the bottom.

The Lions, Vikings, and Packers are going to take turns bullying you guys.

They already bullied the shit out of us lol Lions are now a playoffs team with new players, Vikings has been on and off but they’re always on against us and Green Bay might not be a thing for long since there’s drama with Rodgers.

Probably should stop right there before we derail this whole thread

I just want to say though, once you had Texan Dan Campbell come in and vow to bite everyone’s kneecaps.

I knew that he was a perfect fit for Detroit. You have to match the culture and I know for a fact the people of Detroit would bite kneecaps.

You have to match the culture

A statement that works both when talking about sports, and what’s coming in the story!

You may want something, but the public you’ll be dealing with is going to want something else. Better learn how to balance that, if you don’t want questions about your allegiances to pop up…

Reading this thread with the new Forlorn pic is a treat for me.

it also helped me realize what my… ‘brand’ of writing is going to be, so to say. I write happy stories. Not bittersweet, not poignant, not ‘realistic’. I have no time for stuff that doesn’t bring joy.

I am glad you figured out your way forward with Seeker, but I believe this is the bigger achievement.

There are a lot of us that appreciate writers who write “happy” stories.

I think you’ll find you are more efficient in your writing, now that you know this about yourself.

Thank you. I do appreciate hearing that.

It’s a… simple enough revelation that I should have probably figured out sooner, but it does take a good load off my shoulders now that I have it ‘clearer’ what the goal is. It helps me to not really worry about a few things I’d been considering before for the sake of ‘realism’.

Don’t get me wrong, I definitely understand the point of emotional pain and trauma as narrative tools- And we’ll be seeing them with Seeker, Forlorn, Aki, Victoria, the Koryos, etc, but it’s never going to be the endgoal. By the end of this story, everyone in the League is getting a happy ending. Pages for logged out editors learn more The kóryos (Proto-Indo-European: "army, people under arms" or "detachment, war party") refers to the theoretical Proto-Indo-European brotherhood of warriors in which unmarried young males served for several years, as a rite of passage into manhood, before their full integration into society. Scholars have theorized the existence of the kóryos based on later Indo-European traditions and myths that feature links between landless young males, percei...

A new challenger has entered the Hypothetical Arena.

I’ll admit the term is a bit of a misnomer.

After all, she is not male, and she has no need for a band.

But it’s the simplest way to garner understanding, and it’s a good ‘anchor’ for her burned out synapses. It’s the word that least grates, at least.

And besides, you don’t deserve anything better, anyway. As I keep saying…

The two of them on Earth, as the Sun is in the Sky.

There is nothing in this description that fails to evoke dread.

Particularly the “burned out synapses”.

I’ll admit the term is a bit of a misnomer.

After all, she is not male, and she has no need for a band.

But it’s the simplest way to garner understanding, and it’s a good ‘anchor’ for her burned out synapses. It’s the word that least grates, at least.

And besides, you don’t deserve anything better, anyway. As I keep saying…

The two of them on Earth, as the Sun is in the Sky.

Particularly the “burned out synapses”.

Everything on this world has grown far too gray.

Don’t know if you still want this but. 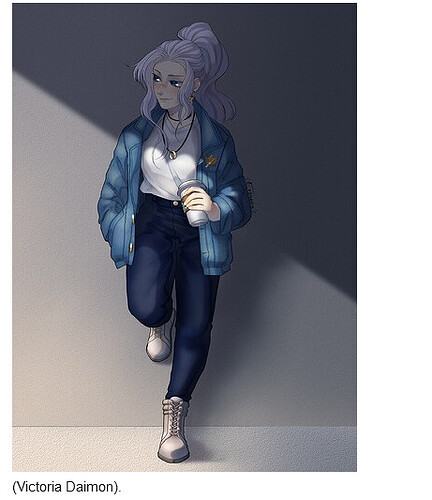 It’s not meant to be, I swear!

Victoria’s probably the one character I’ve never seen as a RO though, her place on the story is a much different one. She worked out what her heart wanted and how to get it long before the MC (or the League!) came into the picture.

And sadly for… Gloria, Stratton, and probably everyone else that likes the status quo, what Victoria wants, Victoria gets.

So I was looat tumblr asks for this one and I’ve noticed that you mentioned that in chapter 5, the form that the MC temporarily had was partially based on Kaioken and Possessing Spirit.

All I have to say is this… bruh. That’s not good news for the MC.

That’s not good news for the MC.

I’m going to tell you three things about this:

A) There’s a reason your internal monologue says “You don’t mind burning to your core”.

B) The MC doesn’t have to pay the traditional price for the ability.

C) Your supermode was also created as a way to compete with the ‘biological’ supermode of a different group. In a 1v1 scenario, it is undeniably lesser, but it isn’t meant for 1v1 fights.

The MC doesn’t have to pay the traditional price for the ability.

Considering we had an adrenaline crash after being in that supermode for like a minute at the best, there’s still a price to pay but at least it won’t be a fatal heart attack like Possessing Spirit will do it to you in Kengan Asura.

Ohma and Kure fight tho…

I should be clear, the MC’s super mode doesn’t work the same way the Advance does (i.e. setting your heart on overdrive for faster circulation and such), it’s similar in the sense that it is also a biological process developed for the sake of combating a physically superior foe.

That said, yes, there’s a tradeoff for power. It just so happens that unlike others, the cost for you isn’t actually burning out forever.

Humans are pretty resilient, after all.

Speaking of ROs, will there be an option for the MC and Lat to find out they’d been simping for each other for almost the exact same amount of time as the other?