Great update as usual! SPOILERS: I’m personally running Arcadian char so I enjoyed all the comradery and teamwork during the fight scenes. Back in older versions, I didn’t really though much of F and Y but they really started growing on me

. Cant wait to see Thalia in the future! Although I suspect we will have a lot to discuss with her after next update drops… 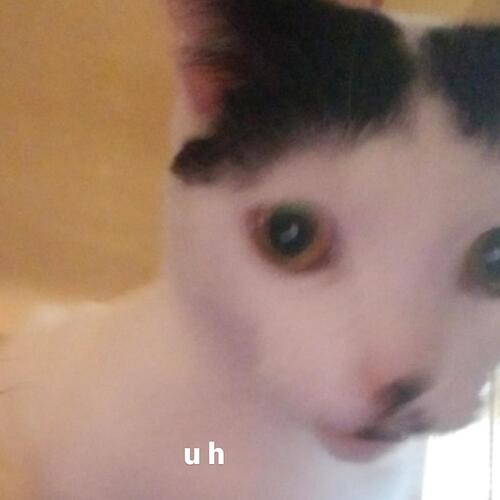 Congrats on release! Your prose is concise, yet evocative; the characters dynamic; and the world-building is such an immersive treat. I’ve been following AMR since development, and will look forward to more of your writing in the future.

Here are some SPAG errors I noticed during my Nth playthrough of book 1:

As always, thank you for sharing your writing with us!

Congratulations on your release! I just bought it today after scrounging for change

Yes I’m glad I lived through hiatus to see that xD Good work!

Just a quick note, because I was just thinking about this in my preflight stress for my exchange semester:

When we try to flee the game automatically assumed that we are against Accardia but my MC in that playthrough is just desperate for some reprise from the world, they died for something and instead of getting to be dead some fraction just decided for them.

They are not against Accardia per se but they just want to be free from the responsibility. It did not far well for them in the past after all.
Or is everyone just assuming and the MC does not deem it necessary to correct them ?

Also I had a thought, sry if I am overstepping but I will picture something like this in my next playthrough ( an emotional destroyed MC who would win the most repressed MC of the year award for the moment

Someone already asked Parivir about this on Tumblr and I’m pretty sure he plans to release Book 2 the same way as he released Book 1
Alright, I found the original answer: “With all that being said, nothing will change with regard to how Book II’s demos & publication will be handled. I’ve said before that all of AMR will be publicly accessible at some point, though not all at the same time - and I intend to stick to that. A nonspecified amount of time from now, Book II will be completed, and in the months leading up to its release, it will remain accessible in full on dashingdon, just like Book I. I would still expect that that doesn’t negate my right to be compensated for years of hard work, though evidently opinions on the matter vary.”

When Flyss introduces us to the nightsaber it says I specialize in spiritism but i choose thaum as my specialization.

It’s weird to me that people even have an opinion on the matter. If anything, it benefits readers who can’t necessarily afford to put their money towards purchasing the book. And it’s not like he’s the only author putting out long demos; SOH 5’s patreon demo, for example, was everything but the final chapter.

Also, and completely unrelated to what I replied to above, while I like Y and F, I don’t think I’ll ever be able to play a pro-Arcadia route. I can’t get over the facts that MC is basically being held prisoner, and the only difference is how MC views their jailer(s) (although I really blame Thalia), the cause itself doesn’t speak to me, AND any cause that would lead a marshmallow like Y to look the other way while someone he thought of like a sister is basically being tortured and used by Sister’s absolutely insane ass and would have MC doing something similar - and arguably worse because MC is expected to actually participate in killing off the royals - is not a cause I want in on. Even in a playthrough where my MC is mad at Leon, I never imagine that anger carrying over to Ilya or Saine considering what they attempted to do the night before the execution and I think I’d rather throw my MC in another fire than harm even a single hair on Saine’s head

More power to the people who can stomach the pro-Arcadia route though lol. That being said, although I’m primarily a Leon-mancer, I’m pretty sure once I get the satisfaction of playing through Leon’s route, Eli or Y will be my next choice, and I’m super curious how romancing an Arcadian as an anti-Arcadian MC will go since Thalia refuses to let MC leave/forces MC to do her bidding so the only option I can see for MC to get out of the Arcadia shit is betraying them. The idea of betraying Eli in particular makes me feel bleh, so hopefully he can be persuaded

When Flyss introduces us to the nightsaber it says I specialize in spiritism but i choose thaum as my specialization.

Probably just a bug. Back in a old demo you couldn’t really be good at everything and at best you could moderately good at two magic types or be very good at one. Right now with all boost stats in Book 1 you can have high stats at 3 magic types if you know what are you doing. I’m guessing Flyss just doesn’t have any sort of answer to that yet…

It’s weird to me that people even have an opinion on the matter.

I’m guessing people who have this opinion are mostly annoyed that they didn’t get any exclusive content by buying the game that they played 15 times. I don’t agree with that sort of mentality but I don’t have any other explanation for them to be mad about it.

I don’t think I’ll ever be able to play a pro-Arcadia route. I can’t get over the facts that MC is basically being held prisoner, and the only difference is how MC views their jailer(s) (although I really blame Thalia)

While I agree that its kinda fucked up of them to held us as a slave and still expect us to help them I am also thankful that we can let us MC be oblivious about it(If you don’t say NO and be open-minded about it your MC never finds about the other collar). I’m not gonna talk about the whole Arcadia vs Param politics because it was all said 1000th times and i dont want to kick that Bee nest so outside of that my MC’s motivation is to get revenge on Leon and, if possible, repay Thalia for being ressurected. He will help Arcadia as long as they wont touch Illya and Saine and as long as they wont start killing innocent people who have nothing to do with any of it. By “killing paramian nobles” he mostly though of people who are like the Baron from moonveir arc, who tried to keep the status-quote and doesn’t care that innocent arcadians are dying because of that.

The idea of betraying Eli in particular makes me feel bleh, so hopefully he can be persuaded

Eli is your best (if not only) friend who gave their life for yours. While they think Arcadia’s goal is just they only reason they actually joined them is to have bigger chance of finding you (if what Y said is true but Eli did not correct them) since so many arcadians have proficiency in using Spirit Gates. I don’t think you will need to persuade them at all

Oh I absolutely want to kill Leone myself. Why would I want someone dead and not want to kill them myself? In any case, Thalia will outlive her usefulness soon. It is I who shall rule over our new empire! Mwahahahaha!

I was re-reading some parts and oh my god I forgot how insufferable F are at first. why do they have to be like this

By the way, about the prestige thing: the MC is still being considered part of the White Fangs.

Oh hell, I hope there will be option to defeat Tahlia, I want her dead even more than dead Leomar! I could even spare him if Ilya begged a lot

She’s toying with powers beyond her comprehension. Soon, Koschei the Deathless shall reign supreme over all nations.

I could even spare him if Ilya begged a lot

Considering how broken the friendship between those trio and how Saine changed personality-wise, it seems unlikely that Ilya would be begging for Leon’s life unless you asked her to forgive him at the end of Book 1.

And I did not do that!

Well, Leon… I guess you will die

Ilya is the only person who could stop my MC’s revenge plans.

Ilya is the strongest charecter confirmed